The Surfside Condo Collapse, the Media, & the Polish-Canadian Question 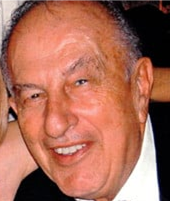 Champlain Towers South, a condo building in Miami Florida, collapsed on June 24, 2021 at 1:25 AM EST. The event is commonly known as the Surfside Condo Collapse. It was a pancake collapse, which means a support structure at the bottom of the building gave way, and the floors collapsed from the top down, until the entire building was in ruins. The collapse took only twelve seconds as can be seen in this video. Officials confirm that it killed 98 people. It was a horrible death: most of the victims were probably awakened by a thunderous noise before they were crushed by falling debris.

The death toll is third highest among collapsed buildings in US history. Many people are outraged and seeking answers. Fred Grimm, a reporter for the Sun Sentinel, spent 41 years at the Miami Herald as metro reporter, southern bureau chief, and local affairs columnist. He is familiar with the real estate scene during the era when real estate developer Nathan Reiber oversaw the building of Champlain Towers South in 1981. Grimm refers to Reiber as “a Canadian tax cheat, disgraced lawyer and shady businessman” who “relocated to South Florida, a famously permissive destination for miscreants looking to escape tattered reputations.” According to Grimm, bribery was the norm for many developers in the 1970s and 1980s in South Florida. One suspects from his account that he believes Reiber probably bribed an official to bypass building regulations. According to Grimm’s article, he added a thirteenth floor to the Penthouse Suite despite having the building approved for only twelve floors, so there seems to be concrete evidence of impropriety.

Reiber, who died in 2014, had been charged with tax evasion by Canadian authorities in the 1970s when he and his partners were accused of skimming cash from apartment buildings they owned. They allegedly skimmed tens of thousands of dollars from coin-operated laundry machines in the buildings and pocketed about $120,000 from phony construction checks, the Washington Post said. [Canadian] authorities later issued an arrest warrant for Reiber when he fled to Florida. In 1984, Reiber, a lawyer, was cited for professional misconduct by the Law Society of Upper Canada for evading the tax evasion case, the paper said. He ultimately settled the case by returning to Canada and paying a $60,000 fine.

In Florida, Reiber and his partners were initially unable to begin construction of the condo buildings due to a 1979 moratorium over faulty sewers. [This may have had something to do with the ground below the towers sinking since the 1990s.] The developers agreed to pay half of the $400,000 tab for the sewer repairs on the property and were given the green light — sparking anger from rival developers whose projects remained stalled by the moratorium. The rivals complained Reiber and his team got preferential treatment. The following year, the Champlain developers asked two local council members to return their campaign contributions amid accusations that the company had paid off officials to get the permits.

So Reiber allegedly dodged taxes, purportedly profited from fraud, and was accused of misconduct by a Canadian Law Society. None of this proves he did anything wrong in building Champlain Towers South, but it makes him the kind of guy who should be thoroughly investigated.

The building seems to show signs he bypassed necessary safety precautions. According to the New York Times, the building’s ruins seemed not to have much rebar, the steel support bars meant to reduce tension in a building.

Grimm refers to Reiber as a “Canadian,” and other publications such as the New York Post refer to him as a “Polish-born Canadian,” but to my knowledge, no mainstream media outlet refers to him as a Jew even though it was a central part of his identity. His obituary lists he was “most proud of his involvement with the [pro-Israel] think tank Jewish Institute of National Security Affairs “JINSA” where he served as the National Executive Vice President.” The organization is associated with neoconservatives such as John Bolton, Dick Cheney, and Douglas Feith in addition to former US Senator Joe Lieberman.

The Israel Defense Force (IDF) flew in from Israel to assist with rescue efforts. One might think this has something to do with Reiber being a big supporter of JINSA or the fact that many of the Champlain Towers inhabitants were Jews (about one out of four), but the IDF has sent similar rescue teams to Japan and Haiti where virtually no Jews live and to disasters such as to the 2019 dam collapse in Brazil which killed 40 people. It looks like the IDF would have been there to help look for people regardless of the number of Jews who perished in the collapse.

The media coverage seems to have been a net positive for Jews because the media showed the IDF wearing their kippas, but they did not mention Reiber’s Jewish background, referring to him as Canadian or a Polish-born Canadian.

The media did something similar in the news story surrounding Jack the Ripper’s DNA. Jack the Ripper was a serial killer who murdered between 5 to 18 women in 1880s England. In 2019 DNA evidence revealed him to be Aaron Kominski, a Jewish barber who was born in Poland. (Back then barbers performed surgeries, so he was more like a surgeon.) The headline in the Sun reported that he was a “Polish Barber” and later referred to him as a “Pole.”

When Jews such as Aaron Kominski and Nathan Reiber do bad things, the media tells us they are Canadians and Poles and doesn’t mention that they are Jews. When Jews do good things, like dispatch IDF rescue workers, their Jewish identity is highlighted. When dealing with Jews, the Anglo-American mass media does not report simple facts. If it did, they would call a spade a spade and a Jew a Jew, even when they do bad things. Instead, the Anglo-American mass media functions as a public relations agency for the Jewish people. But to give Jews uniformly good publicity, the media maligns white nations like Poland and Canada, by associating bad Jews with them. That’s why we need white media like Counter-Currents to set the record straight.