When Your Child Dies for a Cause 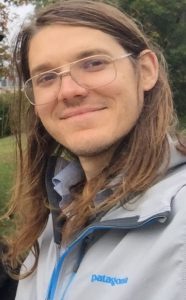 So much of what passes for journalism these days is reductionist. What is worse is that there is an ideological underpinning that once would have been considered unacceptable in filing news stories. The tragic death of Ashli Babbitt and the way it’s been covered in the days following her being shot by a member of DC’s Capitol police illustrates the Left-leaning bent of today’s media establishment. Then, of course, there is the garbage excusing a black cop shooting a white woman because. . . he was scared and his superiors weren’t supportive. Bullshit!

Media members — Jewish Leftists — don’t see Babbitt and whites like her as fellow human beings. Worse, they can’t seem to get their pretzel logic around having an understanding that Babbitt has family members devastated to learn that their loved one had been killed. Instead, story-after-story has time-and-time-again added editorial “dressing” to all successive news reports. A common thread is that Babbitt was “a voracious consumer of misinformation put out by far-right supporters of the president, as well as someone obsessed “with far-right conspiracy theories,” and possibly worse: a “passionate supporter of President Trump.”

To anyone who has a visceral hatred of the president, Babbitt deserved her fate. To be a supporter of the President (which would number somewhere between 75 and 80 million people, but liberals don’t care about those numbers) and to have doubts that our legacy media is telling us the truth rather than pushing propaganda makes it easy to marginalize someone like Babbitt. But is it fair?

I know personally what it feels like as a parent to lose a vibrant activist like Babbitt. While no one knows exactly how others process grief and loss, I know that the pain sometimes feels like it’s going to take you under.

In January of 2017, my son was killed on the 101st day of a walk he was undertaking across the country to raise awareness about climate change. My son, Mark Baumer, like Babbitt, was passionate and deeply committed to a cause. And even if Ashli and Mark might be operating at polar ends of the spectrum that keeps us separated, neither deserved to be marginalized in their deaths for caring about something greater than themselves.

When my son was killed, I read comments across the web where people decided they knew something about my son, a barefoot, hippie-ish activist who was passionate about social justice causes. If you didn’t care about his issues, then I guess his death was something to gloat about and to direct hate towards. Because that’s what people did.

On the day following Babbitt’s death, the video of her last moments, where I was able to see a tear leak from her eye, devastated me. I don’t know if my son had much of an awareness that his life was ebbing away as he was hit by an impaired driver along US Highway 90 in Florida’s Panhandle. When you are hit at 60 mph by a small SUV and your broken body is thrown 300 feet, you die instantly. But perhaps those seconds before the driver hit and crushed his body, he realized he’d never see his parents again, or his girlfriend back in Providence. I wondered about what Babbitt thought in those last moments — and it affected me as someone who knows that her death will ripple out and affect many of those she left behind.

I am not a longtime white-positive foot soldier. I’ve been a lurker at the fringes for several years. My son knew this and we butted heads about it at times.

During the past four years, it’s been a struggle each day to simply make it through 24 hours. If I hadn’t picked up a guitar two years ago, I’m not sure I’d still be here, writing this piece. The grief that stays with you following the loss of someone like Ashli or Mark changes you forever.

Mark and Ashli existed at polar ends of a spectrum designed to keep us divided from one another and enslaved to the powers that be. Divide and conquer is as old as time itself and dates back to the first rulers lording over those beneath them. I have been wondering if they’d have much to talk about if the two of them met. Both were given to physical pursuits and were passionate souls. Neither were sunshine soldiers — they were two people totally devoted to their core values.

Ashli served her country in foreign lands. She saw multiple tours of hellholes (President Trump might call them “shitholes”) and somehow made it back to her native land. Once back, I’m sure it was hard for her as a returning soldier. Where do you channel the drive to survive and commitment to a higher cause when those around you are more concerned about the latest iPhone or what’s streaming on Snapchat or Tik Tok?

If we step away from all the white noise emanating from social media, we might learn that 20 returning veterans like Ashli take their own lives each day. Twenty men and women who, like Ashli, stepped up to take on something bigger than themselves. Still, many like Ashli managed to make it back and return to a life lived in pursuit of a dream of something better for the place she called home, the United States of America.

When my son set out on what would be his final walk across the country he cared about, I worried about him. Walking next to cars, even if you take all the precautions that he did, put your life in peril. Ironically, Ashli faced down all the danger inherent in being a soldier in combat — only to return and shed her final drops of blood in the place known as “the people’s house.” It hasn’t been our house for a long time, and certainly not since Nancy Pelosi and Chuck Schumer have been presiding over it.

Here’s what Ashli and Mark had in common: the realization that women and men like Nancy Pelosi did not represent them and people like them, far-removed from the corridors of power.

It’s far too easy for most, hiding behind anonymity and holier-than-thou mindsets, to look down on my son because he may not see the world just like you do. Hell, he and I didn’t see eye-to-eye on many things: immigration, gender issues, the means to an equitable end for people like us. But I loved my son and he loved his dad. I’m hoping that Ashli had those same close ties with her own family.

My son, like Ashli, was maligned by those who held different beliefs and values. My son was called a libtard, snowflake, a dirty hippie, a moron, and worse. Reading these epithets directed towards my dead son made me want to show up on the doorsteps of those cowards writing and posting them. I’m sure that confrontation would not have gone well. Confrontations rarely end well.

It’s hard to know a lot about Ashli from the news reports. And like my own son’s death, those who don’t care about her cause will be tempted to lash out at someone who is dead and can’t defend themselves. Their words and hatred will only compound the pain and grief that her parents and others who loved her are feeling and will continue to have to carry with them.

No one knows exactly what happened and what made Ashli join a smaller group that decided to march up the hill to the Capitol. I’m sure a lot of it had to do with being fed up with being talked down to, being lied to every time one of these ruling turds open their mouths, and at some point, just like those at the Boston Tea Party, a few people probably said: “enough is enough.” Protest has always been part of our history, although history is being sent down the memory hole as I write this.

And so here we are. Living during a time when votes cast for a sitting president are disappeared and the media have become the equivalent of a state-sponsored propaganda arm, like what the Chinese Communist Party has in place.

I guess we’re supposed to just shut up and smile. And if we don’t, well, they’ll just shoot you!

For someone like Ashli Babbitt, silence wasn’t an option. She did what many more dissidents need to do — stand up to those lying snakes that are paid handsomely to sell us down the river, or worse.

I’m white, proud of my heritage, and proud of young patriots like Ashli Babbitt. I hope that in laying her life down, it leads to more of us committing to pushing back against a system and a corrupt government that hates us and wants us dead. 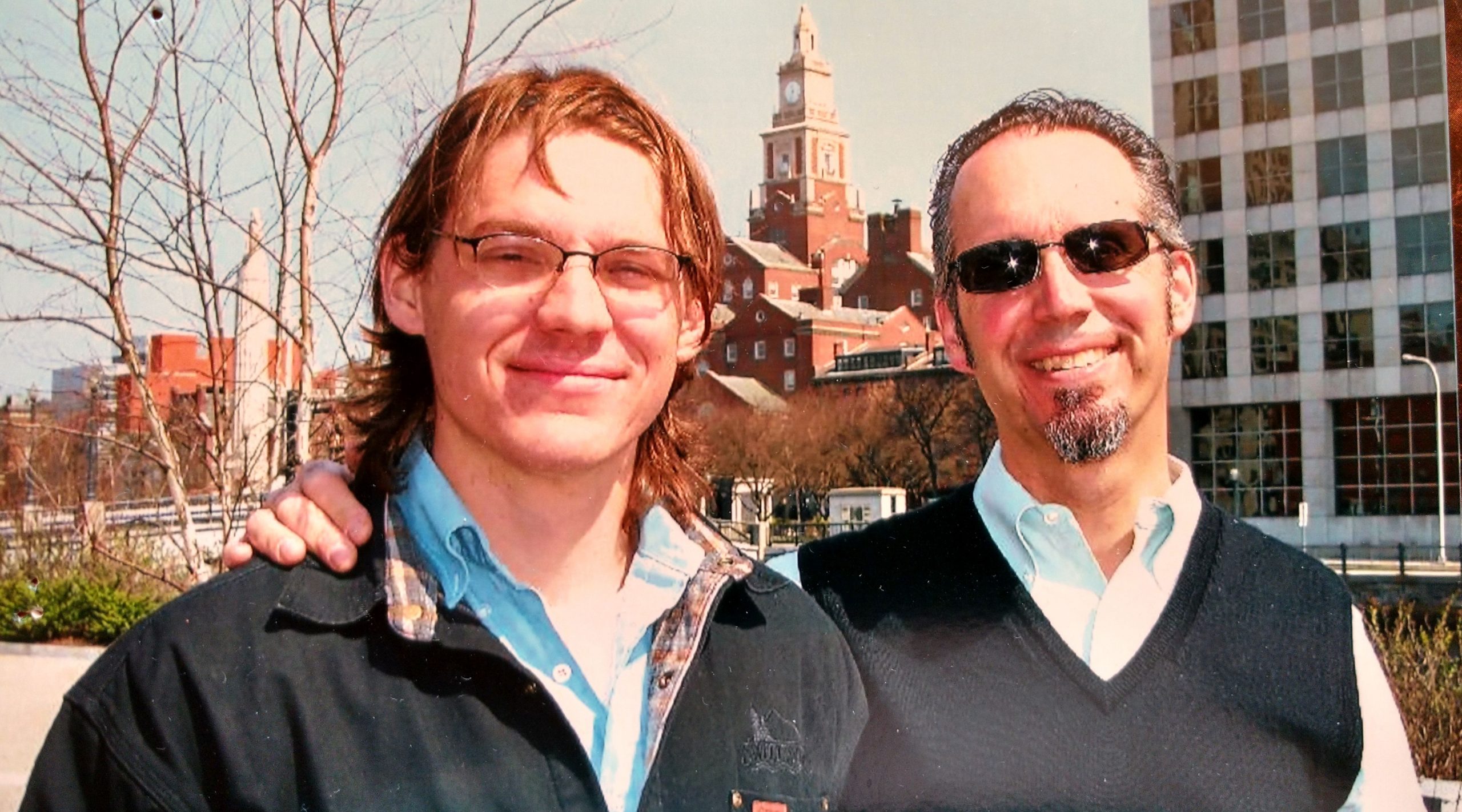 » Inheritors of the Earth: Port, Plain, & Mountain in Western Culture