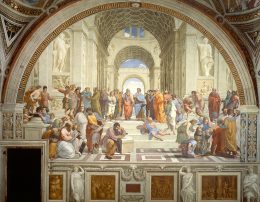 Hello. Hi, yes you! Yep, I’m speaking directly to you, fine sir or ma’am, the curious person that you are, who has come across Counter-Currents Publishing, or perhaps you were linked to this article in your search for information on “White Nationalism.” Welcome, you’ve come to the right place.

Perhaps you are here because you are watching your nation crumble on television and social media. Maybe you see talking heads on mainstream news programs discussing the “divisiveness” of the Trump Administration, the Republican Party, or “Red State” Americans. Perhaps you, yourself, are a “Red State” American, someone who votes conservatively, or a moderate or liberal who doesn’t feel that your whiteness is cause for blame or justification for the steadily growing, aggressive, anti-white rhetoric you hear on a daily basis.

Perhaps you are here because of recent events that you find troubling. Maybe the riots in Seattle, Minnesota, Washington D.C., and across the globe seem absurd to you, considering that George Floyd was a known drug abuser, a violent felon, and was videoed resisting arrest. Maybe you feel that our police and law enforcement agencies deserve more respect than they’ve been offered in recent weeks. I am willing to bet that you feel alienated by all of these events, and that you’re afraid to speak up because you’re unsure of your family, friends, neighbors, and coworkers’ opinions and don’t want to cause conflict in your personal life.

It is important that you know that you are not alone. Far from it! It is critical that you are aware that there has been a concerted effort to make the political waters murky for people like you, like us, for a very long time. Most rational white nationalists are not peddlers in conspiracy theories, so please understand that “concerted effort” does not imply that nefarious organizations akin to the “Illuminati” are secretly plotting your destruction. What it does, in fact, mean, in simple terms, is that humans are by our very natures tribal, and that other races with whom we are expected to “coexist” in this country have been permitted unrestrained political collectivization in their own interests while white people have been forbidden from doing so.

I think that most perceptive, bright people of any political persuasion can see the truth in the concept of natural tribal tendencies. Likewise, a fair-minded person should be able to accept this as perfectly normal, even healthy, as long as all groups are permitted the right to “take their own side” and organize for their own interests. If you are such a person, then surely you can see that people of European genetic stock have been denied this fundamental right for decades.

Counter-Currents Publishing was founded by Dr. Greg Johnson. To learn more about Dr. Johnson and his ideas, a good place to start is here, where he introduces the reader to the North American New Right. You also might be interested in his essay titled “Irreconcilable Differences: The Case for Racial Divorce.” In this indispensable essay, he does an excellent job of arguing for a peaceable resolution to the escalating racial tensions that are corroding our social, educational, economic, and spiritual institutions.

Counter-Currents prides itself on being a beacon for intellectual and philosophical insight into the social and political rot of our declining nation. It also bridges the problems in America with the parallel problems in Europe, both current and past, and contextualizes our predicament through the lens of historical tribal behavior. Perhaps more importantly, the writers here make the case that accepting these truths, and embracing them, is the key to resolution, rather than ignoring them or judging them pathological or immoral.

Don’t be intimidated by the intellectual flavor of this webzine. It will certainly challenge your preconceptions, but there is plenty of material here that can educate you without being overwhelming. My purpose in writing this essay is to serve as a primer, an introduction that will hopefully set your mind at ease.

With that, let’s dispel some myths that are propagated by the mainstream media and academia. White Nationalism is not the equivalent of White Supremacism. All people, including people of color, are capable of recognizing patterns, which sometimes lead to uncomfortable conclusions about the average differences between racial groups. Declaring these differences as evidence of superiority or inferiority is a matter of perspective and can sometimes be subjective.

If you value athleticism, for instance, a reasonable argument can be made for the superior abilities of blacks. Valid arguments can likewise be put forth that whites are better at technical innovation. It is imperative that you understand this important concept; placing a higher value on technical innovation is purely a construct of living in a majority white society where our culture deemed it so. If blacks were encouraged to separate themselves and build their own society, free of the pressures that our European sensibilities have placed on them, their own racial esteem would be lifted by that sense of liberation. They would be free to advance their own unique abilities without the burden of our whiteness.

Conversely, without the never-ending racial strife that our conflicting cultures have proliferated, whites would be free to go our own way, pave our own destinies, and flourish within the fabric of our own unique racial character.

Another myth that must be addressed is that of “hate.” In truth, white nationalism is about love. Love of history, love of culture, love of family and community. Love of those who share our values and sensibilities. To be sure, there is nothing inherently wrong with hate. Hate is an emotion, as valid as any other. Sometimes hate is a productive emotion, if the energy is channeled usefully. If I discovered a child being sexually abused by a pedophile, hate for the sick and perverted would be much more useful than empathy. Empathy often leads to permissiveness, whereas hate can lead to justice, when it is rationally wielded through ideological self-control.

Most white nationalists do not directly hate blacks, Jews, Asians, Muslims, or any other group we are being forced to coexist with. What some would call hate is better characterized as indirect resentment. We are sick of the “square peg in a round hole” approach, the endless social revolutions that must be invented in order to maintain the illusion of progressiveness. Diversity is not our strength. It is the source of needless anguish and frustration.

Sometimes our language seems intolerant, but this is an equal and opposite reaction to the intolerance of our tribal competition. Every possible accommodation has been made for blacks over the last 70 years. In fact, every advantage has been afforded them, to the point that the power and leverage they’ve been freely granted is disproportionate to their population and the socioeconomic value that they add to our culture.

In the case of Jews and Asians, they’ve been elevated to elite positions in our society that often displace legacy white Americans. In most cases, their intelligence and work ethic warrants a modicum of success, but despite their economic prosperity and status, they are still allowed to claim that they’re oppressed by whites. Instead of pointing out this hypocrisy, our white elected officials grovel and prostrate themselves to appease them rather than stand up for the white people they should be representing.

In the special case of Muslims, these are a people who once were such a small minority in this country as to be almost insignificant. Their increasing presence amongst white people in our own countries is being used as a blunt instrument to misdirect and blur our focus. They are pawns. Nevertheless, they don’t belong here, and are poorly suited at adapting to European and American cultures. Having them here only serves to further imbalance an already precarious situation.

All of these disparate groups of people have collective political power that is ascending as they displace legacy whites. There will be no end to this. It will not get better, it will only get much worse.

You are well within your moral rights to be concerned. You are not in the least bit wrong to be angry.

In summary, white nationalism isn’t what our lying media has claimed it to be for generations. white nationalists are not evil people. We are the vanguard of everything our ancestors built for us. We are the antidote for most of the ills of modernity. We are the collective force, the voice that opposes the rot and decay we see all around us. We are the good guys, folks who hold beliefs that were once, not very long ago, considered common sense.

It has been through decades of intense, pervasive propaganda that attitudes have shifted in our lifetimes. Concerted, targeted propaganda. The end-game is to displace you, legacy white America, with cheaper labor; predictable, loyal consumers who are as interchangeable as cogs in a machine. There are old scores that are being settled by very powerful people who view your existence as a threat. Your willing submission is what they demand. Are you up to the challenge of fighting back? We need people like you to summon the inner courage that is at your core if you allow it to grow.

We need you. The time is now.