The Many Faces of the Jewish Elite, Part 1
This is Why We Have Anti-Semitism 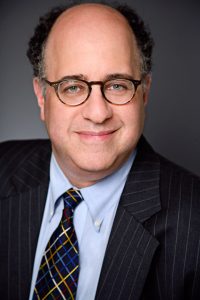 As I was scrolling through Gab the other day, I witnessed a remarkable little dig at the Jews. A well-known Dissident Right personality named John Rivers shared a tweet by Commentary Magazine editor John Podhorertz’s and commented, “look at this fucking Jew.”

Before I even had a chance to read J-Pod’s tweet, my normie instincts kicked in, and I thought to myself, “My, that was pretty nasty, wasn’t it?” Like many of us, I was neither born with the red pill, nor did I have it thrust upon me. Instead, I achieved it. With the blacks, Hispanics, and Muslims, it took only a few years after paying my own taxes for the first time. But for the Jewish Question, alas, it took decades. So after reading Rivers’ post, I reminded myself of all the ways such nastiness could be warranted.

The exchange began with Republican Representative Steve King of Iowa tweeting that “Diversity is not our strength” and sharing the following quote from Prime Minister Viktor Orbán: “Mixing cultures will not lead to a higher quality of life but a lower one.” Also shared was a Voice of Europe article which quotes Orbán further and expounds on his ideas.

And J-Pod’s response? “The Problem with a lack of diversity, Congressman, is that it tends to lead to inbreeding of the sort that creates monstrous dimwits like you.” So, yes, nastiness from Rivers was indeed warranted. Rivers’ barb was perfectly appropriate and, if anything, didn’t go far enough. J-Pod’s comments were so insidious and revealing that one can hurl such a barb from a multitude of vantage points and still hit home.

Let’s first talk about the racism angle. Was this tweet racist? By any benchmark used by the Left or cuck Right, the answer must be yes. John Podhoretz was basically calling Representative King an inbred hick like one of the white trash mountain people from the film Deliverance. The inbreeding stereotype for poor whites who live in rural areas still holds much power over the minds of educated people in this country, Jew and gentile alike. The term “inbreeding” can be seen as a sneering, racist code word which anti-white bigots like John Podhoretz use to belittle white people. Would Podhoretz have used the same term to describe a black or Hispanic who disagreed with him? Has anyone ever even done that? No, the inbreeding comment has historically only applied to white people and therefore must be construed as anti-white in nature.

Am I being too touchy here? Am I looking for racism where there isn’t any? After all, it’s not like Podhoretz called King a cracker, right? Yes, that’s true. However, searching for racism in code words is something Jews do all the time. Note that at various times throughout recent history, Jews have pointed to terms such as “cosmopolitan” and “globalist” as anti-Semitic code words. Most recently the term “intersectionality” has been added to this index of anti-Semitic shame. So why shouldn’t whites do the same when they get besmirched by people of other races?

And this leads us to our next angle: hypocrisy. It might sound hypocritical on my part for complaining about racism on a site like Counter-Currents, which deals much in race realism and isn’t exactly philo-Semitic in nature. It also might seem hypocritical defending an anti-Semitic comment from John Rivers while at the same time calling anyone a racist. Fair enough. But at least we on the Dissident Right are upfront with our race realism and racial advocacy. These things are, in fact, our bread and butter. We believe that race is real, that people should honestly and proudly advocate along racial lines, and that the ultimate and greatest manifestation of this is ethno-nationalism. This, we believe, will turn out best for everyone, with each race (including Jews) being able to handle their own affairs and determine their own destinies within their own borders. Maybe we’re wrong, but you can’t say we’re inconsistent or not jibing with data. We are approaching civil war levels of strife in Western Europe and the United States today, and multiculturalism is the reason for that. Ethno-nationalism for white people would be a welcome break from that.

People like John Podhoretz however engage in racism as much as anyone—both in favor of their own tribe and against people they don’t like (i.e., whites)—yet claim that they oppose racism. They are, in effect, crypto-racists masquerading as anti-racists who break their own rules whenever it’s convenient for them. J-Pod’s Twitter feed and work at Commentary Magazine is filled with denunciations of his enemies as racists, yet he never thought to aim the R-word into a mirror when he victimized Representative Steve King with a racist attack. That is the very epitome of hypocrisy. Racism for me and not for thee. I would rather endure an anti-white epithet delivered to my face by a non-white than have to deal with snide insinuations from people like John Podhoretz who are anything but what they say they are. At least in the former case, I can respect a person for their candor . . . even I respond in kind.

A recent scientific discovery reveals another angle from which we can exonerate Rivers’ comment, namely that the current Ashkenazi Jewish population is no more than 800 years old and sprang from a mere 350 people. Here is an interesting tidbit from an article describing the study’s findings:

Middle East Group and founding European group’s created population produced incestuous unions, which creates a greater likelihood that recessive genes will be expressed. According to the study, Ashkenazi Jews are linked with about 19 genetic disorders, which include Tay-Sachs disease and some forms of breast and ovarian cancers.

So, whom exactly is John Podhoretz calling inbred again? And where does he get the unadulterated gall to do so? This discovery was made in 2014, so it seems he should have known about the particular glass house before deciding to hurl stones at people. Either he didn’t, or did and didn’t care. Either way, it looks real bad for him.

Perhaps the most persuasive and, I would say, critical defense of John Rivers comes from the vantage point of self-defense: one culture—or race—defending against incursions from another culture—or race. Viktor Orbán made the perfectly justified statement that diversity often leads to lower standards of living. Implied here is a lower standard of living for whites. Presumably, standards of living have increased for the African and Middle Eastern heathens who are currently occupying and colonizing large swaths of European and American real estate. But from the perspective of a white person who is being victimized by this immigrant invasion, that shouldn’t really make a difference, should it? No-go zones, urban rioting, skyrocketing crime, grooming gangs, mass incidents of rape, Sharia courts, to say nothing of the taxpayer expense required to house and care for all these people . . . is diversity really worth all that? Representative King states the obvious: diversity is not a strength. Diversity leads to the chaos and decline that we are seeing in Europe now.

Now, if someone disagrees with this, fine. If someone wishes to argue, fine. But that is not what J-Pod did. No, he responded with a nasty, racist ad hominem, the implication of which is that diversity, especially the kind Viktor Orbán was discussing, is good. In other words, he supports the Islamic takeover of Europe and the non-white takeover of the United States. He supports the ultimate minority status of whites in their own homelands. He wants white people to lose the culture wars.

We have a word for such a person: it is ‘enemy.’ John Podhoretz and his ilk are the enemy of white people everywhere. And unless he recants, apologizes, and moves to Israel as an honest Jew, he should be treated as an enemy every time he rears his ugly face in public and farts in the direction of white people. Within the context of the simmering-yet-still-cold culture wars, this means at the very least identification. If you have any survival instincts at all, it makes sense to point your finger at the person coming after you. If a Hatfield were to wander onto property owned by a McCoy, the first thing a McCoy should say upon seeing the interloper is, “Look! A Hatfield!” This is a perfectly natural and healthy response, and was exactly what John Rivers did when he pointed at J-Pod’s ugly mug and said, “look at the fucking Jew.”

I hope by this I can make two points clear. One, it is appropriate to bring up a person’s race when that person is advocating for the destruction of yours. Jews, as a small yet influential minority, benefit at least in the short term from multiculturalism in the West. As Kevin MacDonald has pointed out in Culture of Critique, weakening the white majority in white homelands by importing as many non-whites as possible makes Jews feel more comfortable and secure as a minority in white countries (even as it makes the white majority less comfortable and secure at the same time). Jews, even the conservative ones like J-Pod, have shown no desire to slow down this diversification process that has been going on since 1965. Further, it is highly doubtful that this anti-white racism is limited to J-Pod only. If he is going to blather on about it on Twitter for the world to see, one can safely assume that his largely Jewish readership tolerates this form of bigotry. Therefore, unless a Jewish person strenuously avers the opposite of what Podhoretz is calling for in this instance (or rubber stamps the assertions of people like King and Orbán), whites must then assume that he has at least some sympathy for our enemies. And how is that not the same as being an enemy per se?

My second point is mainly for my Jewish readers, regardless of whether you are Dissident Right curious or a closeted white advocate or even a liberal doing opposition research. It is nothing personal and I am not trying to be offensive, but this is why anti-Semitism persists. In the realm of politics you can see how diaspora Jews like John Podhoretz are behaving like villains these days, can’t you?

What Does Syria Mean for Us? »