Focus on Birth Control, Not Elections 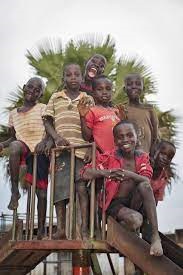 Coming soon to a theater near you.

If any modern President would be the one to start mass deportations of illegal immigrants, halt legal immigration to a trickle, build a wall, and at least try to end birthright citizenship, it would have been Donald Trump. When Mr. Trump won, both his supporters and his detractors expected as much. For white advocates, Mr. Trump’s victory felt like a miracle that might save white America from total defeat. This “miracle” was something Peter Brimelow had been writing about for years:

Miracles actually happen quite frequently in politics . . . Herb Stein had this famous law known to all economists: “Things that can’t go on forever, don’t.”

And this situation really can’t go on forever. Americans can’t go on being dispossessed and immiserated, with a very visible reason why it’s happening, without some kind of reaction.

. . . the point at which American Whites — known, for most of the nation’s history, as “Americans” — became a minority in the country they created has gone from being a hypothetical abstraction to (barring a miracle, which can happen in politics, by the way) a mathematical certainty.

Now I want to say, to emphasize here, that I haven’t given up on the idea of Patriotic Immigration Reform happening — of immigration being cut off. All it would take to get this issue into politics is one speech.

In Britain — the British people in the audience will testify to this — the impact of Enoch Powell’s 1968 “Rivers of Blood” speech was absolutely enormous. And it did stave off mass immigration for a generation. He was denounced, of course, but at the same time the politicians were too frightened to increase immigration — until Tony Blair was elected. That’s when the floodgates were really opened in Britain. . . .

It’s just that suddenly one spark starts the conflagration. And that could still happen in the U.S. All it needs is a spark — and all it needs is one ambitious politician.

Mr. Brimelow was right on all counts. Immigration did become an important political issue after just one speech –namely, the one Donald Trump gave to announce his candidacy. Suddenly, politicians hoping to win elections did start talking about restricting immigration. We also got our miracle: Donald Trump won the GOP nomination and then won the general election.

And yet after four years in office, not much changed. America’s immigration system was not overhauled, the media and academy became only more anti-white, violent crime increased, and so on. The Dissident Right got its miracle, and the miracle did not deliver. Today, those of us hoping to save our country’s dispossessed majority find ourselves in much the same position we were for the 20 years before Donald Trump’s emergence as a political figure: We back a handful of immigration-restrictionist Congressmen (e.g. Paul Gosar) and local politicians (Kris Kobach) who have no national support, and put faith in the idea that Congressional Republicans will obstruct Democrat presidents. In 2014, Mr. Brimelow advocated that the GOP-controlled legislature impeach Barack Obama over his executive action on amnesty for illegals. In November of 2021, Mr. Brimelow suggested that if Republicans retake the House in 2022, they should impeach Joe Biden on more or less the same grounds.

It’s hard not to see a repetitive futility in all of this. It’s even more pronounced in discussions about future presidential candidates. The majority of Republicans favor Donald Trump, hoping that somehow a second term will prove more productive than his first. Most of the rest of us are hoping for a “Trump with brains” — perhaps senators Tom Cotton or Josh Hawley. It would take a miracle for another one of those men to enter the White House — and as we’ve learned, that miracle in and of itself wouldn’t guarantee much.

Meanwhile, America’s rising tide of color keeps rising — and Western Europe’s, too. And as Peter Bradley (channeling Instauration magazine) notes, when it comes to the white race’s longevity, “The estimates look bad, but the reality will be far worse.” How much more evidence do we need to conclude that demographic survival won’t be decided at the ballot box? This might seem fatalistic, but the reality is more complicated.

Whites around the world can still do a lot to work towards a future that’s livable for their descendants. Choosing between inaction and working in fringe politics is a false dichotomy. What advocates of our people should focus on is birth control in the Third World, especially Africa. In 2018, the average cost of a victorious Congressional run was over two million dollars; winning senators spent an average of 15.7 million dollars. That’s to say that having 30 Paul Gosars in Congress would cost 60 million dollars every two years. Those 30 Congressmen could create a “Patriotic Immigration Reform” caucus that would be stymied by the Republican mainstream and the entire Democrat Party over and over again. This caucus would not increase white birthrates, nor would it lower non-white birth rates. And again, actually sending this caucus to office — even at that steep cost — would be a political miracle.

Those 60 million dollars could be much better spent. Consider the average cost of an abortion in the US: $320 to $500 at ten weeks, $500 to $700 at 16 weeks, and $1,000 to $2,000 at 20 weeks or later — and 88% of abortions are carried out before week 13. In America, for every one white woman who aborts, six non-white women do. With that in mind, I would happily forfeit Marjorie Taylor Greene’s Congressional seat to any Democrat in exchange for a new abortion clinic in Los Angeles. Don’t like abortion? No problem. Condoms, IUDs, and oral contraceptives are all even cheaper options. Making them readily available to teenagers and the poor today will do more to improve the quality of your grandchildren’s high school than a President Trump, Jr. ever will.

But while expanded access to “family planning” is needed both at home and across the pond, we need to go further. Sub-Saharan Africa is the biggest demographic threat the world faces. In 2015, Hungarian Prime Minister Viktor Orbán spoke clearly about this in the European context:

The countries of North Africa once functioned as a defence zone protecting Europe, absorbing the masses of people coming from Africa’s interior. And the real threat is not from the war zones, Ladies and Gentlemen, but from the heart of Africa. With the disintegration of North African states this line of defence has been spectacularly breached, and North Africa is no longer able to protect Europe from a vast flood of people. As a result, a problem has developed on a truly unimaginable scale. I agree with former President Sarkozy, who said on French television just the other day that the current wave of mass migration is only the beginning. There are one point one billion people in Africa today, more than half of them under the age of twenty-five. According to Mr. Sarkozy, before long hundreds of millions of people will have nowhere to live, and insufficient food and water. Following in the footsteps of today’s migrants, these people will leave their homelands. In other words, what is at stake today is Europe and the European way of life, the survival or extinction of European values and nations — or, to be more precise, their transformation beyond all recognition. The question now is not merely what kind of Europe we Hungarians would like to live in, but whether Europe as we now know it will survive at all.

The only error PM Orbán makes is in assuming that all of those black Africans will go to Europe simply because of its proximity to their home continent. But if Somalis can make it to Maine and Haitians can make it to Santiago, Chile, then in the decades to come, plenty of Nigerians will surely find a way to arrive en masse in America as well. Indeed, this process has already begun: In 2015, America let in more Congolese “refugees” than Syrian ones. Distance is not the protection against migratory influx that it once was.

Moreover, a cursory look at national fertility rates shows that Latin America does not need Planned Parenthood almost at all — and certainly not in comparison to black Africa:

At the same time, these are the ten most fertile countries on Earth:

Already, black Africans are heading to Mexico as a pit stop en route to America. No member of the Trump family or the Republican Party can do much about these fertility differentials and what they portend for the West. But abortion, reliable condoms, and “the pill” could make quite the impact. Let’s stop wasting so much of our time and resources on domestic politics and instead focus on something more concretely productive: lowering Africa’s fertility rate.

Here’s a list of organizations worthy of our support toward this end.

« Thoughts On the Right’s Eternal Debate Over Christianity

» The True Face of the Feds