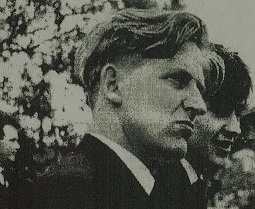 John Bean, a noteworthy figure in British Right-wing and racialist politics during the mid-twentieth century, died at 1 PM on Tuesday, November 9, 2021. He was born in Carshalton in 1927.

He was the founder of the National Labour Party (NLP) in circa 1957. The co-founder was Commander Andrew Fountaine (RN Rtd.), a former Conservative Party parliamentary election candidate and Squire of Narford, Norfolk.

The NLP then merged with Colin Jordan’s White Defence League to form the first British National Party (BNP) in 1960. In 1964 he was the BNP’s candidate in a parliamentary by-election for Southall where he won 9.3% of the poll — by far the highest percentage achieved by a Right-wing candidate since the Second World War.

In 1962, Jordan, John Tyndall, and others of “the Spearhead faction” split from the BNP to form the National Socialist Movement. Bean and Fountaine continued with the BNP until it merged with A. K. Chesterton’s League of Empire Loyalists to form the National Front (NF) in 1967.

Soon after the formation of the NF, Bean gave up active politics in order to create a public relations company serving the chemical industry (he had a B.Sc. degree).

Bean devoted much of his time to drawing attention to the works of scholars who, across diverse academic disciplines and both before and after the Second World War, produced studies concerning the biological/genetic differences between the various ethnic groups which comprise mankind. These academics challenged the Marxist notion that individuals’ and ethnic groups’ varying capacities and cultures were solely the product of their socio-economic environment and not at all the product of their ancestry.

In his retirement, he took and passed a Mensa test. He moved to Wickhambrook, Suffolk and became editor of the parish magazine, The Wickhambrook Scene. Extracts from his articles in that magazine were later published in a book, Ten Miles from Anywhere (Hedgerow Publishing, Newmarket). He also published an autobiography entitled Many Shades of Black.

His wife of 72 years, Marion, his son Christopher, and his daughter Carol survive him, as indeed do numerous grandchildren and great-grandchildren.

Though he lived in recent years in North Yorkshire, it is understood that his funeral will be at Wickhambrook, Suffolk. Arrangements have yet to be announced.

John Bean’s article, “How Small Genetic Differences Give Rise to Racial Diversity,” has been published here at Counter-Currents. A French translation is available here. Martin Webster also discussed John Bean in an episode of Counter-Currents Radio.

« Conservatives are from Mars, Liberals are from Uranus

» The Eternal City, the Ruined City, & the Battle of Cannæ