We Have Indulged Them Long Enough 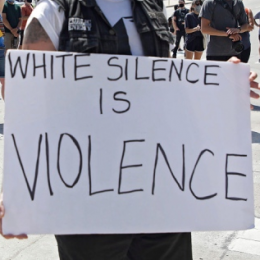 Years ago, the Left established this anti-white imbalance: Black feelings matter, whereas white feelings do not. For example, a white using the word “nigger,” say, fifty years ago, would have been considered gauche or impolite. Thirty years ago, it was grounds for ostracism. Twenty years ago, it amounted to career suicide. Today, it’s grounds for a vicious beating on the streets. Tomorrow, it will be a crime — followed by more vicious beatings, no doubt. Meanwhile, blacks can use the word “nigger” as often as they please, along with anti-white epithets such as “cracker” and “redneck.” In the past, they would mostly speak their racism. Now, as our cities burn and our police departments are disbanded and our city governments toppled, they’re acting on it.

The purported rationale behind this imbalance is that, since all races are equally intelligent and have equal potential, the only explanation for blacks being at the bottom of the barrel is racism and oppression from whites. That this is a whirligig of lies means nothing to people, black and white, who frankly don’t have the intelligence and honesty to realize that, no, the races do not have the same intellectual potential, and no, white people do not oppress black people. It’s the other way around if you look at crime statistics and how in 2018 blacks committed over ninety percent of the black-white violent crime in America. 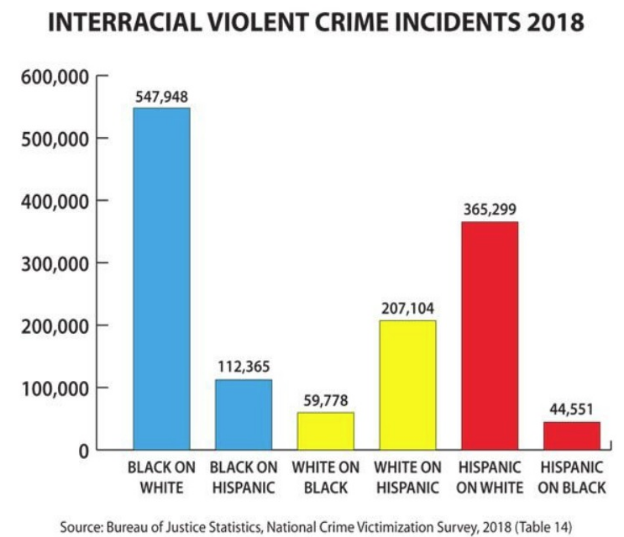 Since the May 25th death of George Floyd, which ignited the nation-wide riots, there have been two cold-blooded black-on-white murders of police, one of Sgt. Stephen Williams in Alabama and one of officer Cody Holte in North Dakota. So, technically, Floyd has been avenged two times over, but is this going to satisfy the blacks? Are they finally going to realize that they’ve made their point and go back to their lives?

Because the true rationale behind this imbalance is not a fight for justice (as blinkered and ignorant as it is) but a grab for power. Another reason why I dislike blacks — they lie. At least their leaders lie, and the others follow them well enough to render dissenting black voices, like that of Candace Owens, irrelevant. They say that black lives matter, but when blacks murder blacks by the thousands every year, they say nothing and do nothing. They say they want justice, but when their own kind commits gross and violent acts of injustice against non-blacks, they say nothing and do nothing. And now, murder rates are spiking in our burning cities as black thugs go on rampage after rampage, and what do black leaders do? They call for more of it.

No, the only thing that truly animates blacks is attacking whitey. These riots are nothing more than the black bid to break the back of white America and replace it with African-styled mayhem and murder — just like they did in Haiti over two centuries ago. [1] It’s anti-white racism, pure and simple. Imagine that. People who can’t stop running their mouths about how much they hate racism engaging in his racist behavior themselves.

So, tell me, what is there to like about black people? Black people don’t even like black people. The barbaric black-on-black homicide rate should indicate this well enough. If they did like each other so much, they wouldn’t have been in such a hurry to integrate with whites during the 1960s. I interpret this as their wanting to get away from their own kind. They were drawn to whites because of the safer, better world we build for ourselves and anyone lucky enough to live among us. Whites, in fact, treat blacks better than they treat themselves. Whites were the best friends the blacks ever had — yes, and this includes slavery. To prove this, I will ask who’s the competition? What other race has been in substantial contact with blacks and treated them more humanely than whites? Did the Arabs treat them better? Doubtful, since the Arabs enslaved far more blacks than the whites did, led them northward through Africa in a route far more treacherous than the Trans-Atlantic Slave Trade, and castrated all the males. [2] Did the South Americans treat them better? Doubtful, given how bad the poverty is for blacks over there. Finally, did the blacks in Africa treat themselves better? Not according to the archeological record, which indicates that African blacks warred with each other constantly and had a greater number of war deaths as a percentage of their population than in the civilized world — even in France during World War I. [3]

Compare all of this to the $1.1 trillion in buying power that blacks have in the United States. In terms of GDP alone, this makes black America the 17th wealthiest nation in the world, above the Netherlands and Switzerland, according to the IMF. And they have the nerve to complain? Does anyone really believe that blacks could have generated this kind of wealth on their own, without whites and their suicidal determinization to indulge them every step of the way?