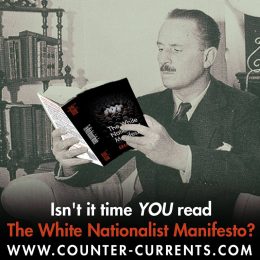 To help Counter-Currents us finish our 2019 fundraiser successfully, despite credit card deplatforming, please show your support by:

Thank you for your loyal support.