The Groupie Question in White Nationalism 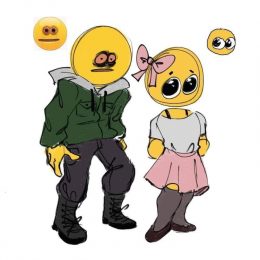 I received this question from a Counter-Currents reader:

Andrew Marantz’s Antisocial tells the story of “Samantha,” who got involved with Identity Evropa and the Alt-Right, rose through the ranks, became disaffected, and then left the movement and talked to the enemy. In view of Samantha and other doxings by ex-scene groupies like Katie McHugh, should the movement simply ban women?

The short answer is: No.

Of course some parts of the movement can exclude women. I don’t think we should accept the essentially feminist assumption that all organizations and realms of society should admit women, much less aim for male/female parity. I also think that it is quite natural for radical politics to attract more men than women. And just as combat units and police forces function better without women, so might some White Nationalist political organizations.

But even if it were possible to entirely exclude women from White Nationalist politics, doing so would be dumb and self-defeating. If women want to contribute their money, ideas, time, and social capital to the movement, that makes us stronger, not weaker. Beyond that, we are never going to actually win unless we can convince a substantial percentage of the female population that we represent their real interests. And we will never do that if we allow the tone of the movement to be set by embittered misogynists, to say nothing of people who proclaim “White Sharia” and “Islam is Right About Women.”

Just as the goal of our movement should be to drain the swamp of diversity in which race-hate breeds, we should also try to address the underlying causes of hatred between the sexes.

Second, talking about excluding all women because of doxers like Katie McHugh makes no sense. Should the movement also exclude all men, because some men are doxers as well? That would put an end to 100% of doxings, but it would also put an end to the movement itself. Surely we can be a bit more surgical about excluding certain types of people to minimize such problems in the future.

Third, the very same people who want to blame women for problems in the movement also often deny that women exercise any moral agency. But if women have no agency, then they bear no responsibility either. But clearly somebody is to blame for these operational security and public relations disasters, and by their own logic, misogynists would have to blame men.

And in truth, men bear a lot of the blame. By all accounts, McHugh, Samantha, and another unnamed woman who doxed Coach Finstock were not ordinary women. They were Alt-Right scene groupies. Like rock groupies, they were attracted to an overwhelmingly misogynistic subculture. Women who are drawn to such environments are surely high in masochism and low in self-worth. They then worked their way through the scene, passing over nice guys until they ended up with manipulative sociopaths. But when they realized that masochistic self-indulgence was not making them happy, they bailed out.

Then, once they had become sufficiently embittered to feel justified in harming innocent people, they went to the enemy and started doxing people, including people who had only been kind to them. This is the sort of pure evil that makes people dream of the eternal fires of hell to restore justice to the world.

What makes such evil possible? I think a good part of it can be explained by bitterness. Bitterness takes root when someone is wronged and does not receive justice. Bitterness turns into a kind of neurosis. Embittered people vent their wrath not on the people who wronged them, but on people who didn’t wrong them but merely remind them of the people who did. And if such people have any pangs of conscience, bitterness easily silences them: “Why should I care about these people’s suffering? Where were they when I was suffering? Who cared about me?”

So how do we lessen the likelihood of such disasters in the future?

First, we really need to dispel the atmosphere of misogyny in the movement, which attracts damaged people of both sexes. Race realism–yes. Race hate–no. Sex realism–yes. Hatred between the sexes–no. Our movement will never win unless we treat such hatreds as social problems to be solved. And we cannot credibly promise to solve them in society as a whole if we allow them to run rampant in our own ranks.

If someone you know is playing the field, using and discarding movement groupies, he is playing with fire. He is putting his own short-term gratification ahead of the health of our cause. That’s a problem, and you need to say something.

Third, we need to drain the swamp where bitterness and wrath breed. We have to do something when people in our movement wrong one another. We need to have some sympathy for victims of injustice, even for victims who are not entirely innocent. And the best form of sympathy is to give them justice, which means there have to be punishments for wrongdoers. People who dox others are evil and deserve no sympathy today. But if they had received sympathy and justice when they were wronged, things may have worked out differently, and we would all be better off.

The Alt Right in America crashed and burned because it was run by a mafia of drunkards, druggies, sociopaths, and buffoons, as well as swarms of remora-like fanboys, sycophants, and enablers. I fear that we are going to be hearing a lot more such stories from Samantha and people like her for years to come. But the movement for white survival will not falter as long as we treat such disasters as opportunities to learn rather than excuses to quit.