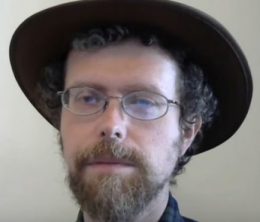 Daniel Greenfield of FrontPage Magazine has an interesting take on the Jewish response to the tragic Tree of Life synagogue massacre last month. In an article entitled “Identity Politics is America’s Anti-Semitism,” Greenfield scolds his fellow Jews for always looking Rightward for anti-Semitism, and argues that despite the eleven killed by Robert Bowers, anti-Semitism from the Left is far more common and politically correct than that from the Right. Greenfield has made a career out of exposing anti-Semitism from the Left and especially from Islam – which is celebrated by the Left – so this should come as no surprise. In his article, Greenfield offers evidence of Leftist anti-Semitism in America and concludes that “privilege” makes the difference when it comes to how this is all perceived.

As Greenfield sees it, Jews with privilege (read: wealth) can afford to avoid non-white anti-Semitism, and so ascribe the worst of it to the mythical Nazi bugbears that occasionally pop out of the woodwork. Poorer or more religious Jews, on the other hand, must deal with the much greater number of non-whites who hate Jews, and so are more in tune with anti-Semitism as it really is these days, at least in America.

Those are home to the same Jewish populations who are much more likely to write editorials about a loss of innocence. But innocence is a privilege that Jews in poorer urban neighborhoods never had.

Greenfield also employs the still useful tack of defending President Trump from the anti-Semitism charge and retaliates against these charges by connecting the dots between Leftist figures such as Barack Obama to real anti-Semites. I understand that many on the Dissident Right may not be too interested in such a tactic given their own critical attitudes towards Jews and Israel, but if such a tack can help polish the image of Republicans in the eyes of normies, then I guess there is little about which to complain – at least for now.

As with the editors of Breitbart, however, I always try to tread lightly when objecting to something that someone like Greenfield has to say. He is a member of what I call the Diaspora Right, and assumes an Israel-first, pro-Trump, anti-Left posture that really does help the Right in certain aspects of the culture wars. This makes for an uneasy alliance between them and my group, which I would call the White Right (i.e., race realist White Nationalists, identitarians, and advocates). Picking a fight with Greenfield or FrontPage editor David Horowitz would in most cases be counterproductive since it depresses enthusiasm on the Right and distracts both factions from their more pressing duties of resisting the Left. Further, these guys don’t typically go out of their way to pick a fight with us. We both railed against Hillary Clinton in 2016, so how much does it matter if we supported Donald Trump for different reasons?

They, of course, support Trump for mostly ideological and economic reasons pertaining to the ideal of the United States being a proposition nation and a second home for the Jews. Race, once you take Jews out of the equation, is secondary or not important at all. They are also reliably anti-anti-white – which, coming from Jews, is as nice as it is rare.

We, on the other hand, support Trump mainly because he’s the first step towards actualizing a white ethnostate (although we recognize his economic successes as well). Trump has introduced politically-incorrect language and ideas into the political vernacular that, under different circumstances, could be used to help whites one day establish this ethnostate. Of course, it must be mentioned that this ethnostate would have as much use for Daniel Greenfield as Israel would have for folks like myself.

Here is what he has to say about tribalism as it relates to anti-Semitism:

Anti-Semitism is tribal. Those who hate Jews tend to be losers who are convinced of their own natural superiority and blame the Jews for their failure to achieve it.

And here is what he has to say about identity politics:

Identity politics does the same thing as National Socialism, combining the welfare state and anti-capitalist rhetoric with naked racial appeals, tapping into the supremacist convictions of failed groups, offering them special racial privileges, while blaming their failures on meritocracy and capitalism.

Yes, anti-Semitism is often tribal. Few anti-Semites are going to be entirely individualistic, with no emotional connection to blood, soil, and tradition. I think we can all agree on that. And yes, there are some obsessive Jew-haters who happen to be losers, as Greenfield claims (and let’s assume we’re talking about the sane ones here, not the insane ones like Bowers, who is far worse than a mere loser). But Greenfield’s statement is perfectly useless because any population will have its share of losers. Also, people who obsessively hate anything tend to be losers. The object of this hatred could be Jews, it could be Catholics, it could be an ex-wife, Donald Trump, the New York Yankees, the music of John Tesh, or the Stay-Puft Marshmallow Man. The list goes on. But what about the anti-Semites who don’t obsess over Jews and live perfectly productive lives? What about the folks who have perfectly rational and evidence-based reasons for their critical or resentful attitudes towards Jews? Greenfield doesn’t say. I doubt he believes such people exist. But, of course, they do.

Given his past, I would like to think that Greenfield never meant to insult all white people with these statements. I would prefer to conclude that he just doesn’t know what he’s talking about when it comes to white tribalism and identity politics.

To further buttress my point, Greenfield also lets loose with this whopper:

While progressive Jews may deny that black nationalism and white supremacism are the same thing, the mutual admiration society between them makes a mockery of their denials.

Then there’s the part about “blaming their failures on meritocracy.” See the subtle Jewish supremacy here? Whites gripe about Jews because Jews are just superior people who steal all their thunder, right? I won’t dispute the high average IQ of the Ashkenazim, but Greenfield’s glib anti-white bias allows him to sweep under the rug how wealthy and influential Jews often employ unethical means and ethnic networking to seize disproportionate power among the goyim, which they then use to serve themselves at the expense of their host populations, all the while demonizing anyone who notices this as anti-Semitic, purging them from the political mainstream, insulting them, and suppressing their freedom of speech. Of course, Jews do climb up meritocracies, especially in medicine and other technical fields. But people on the White Right don’t complain so much about talented Jews who do great work in non-political fields. They complain about the people these people almost invariably vote for and donate money to: a hostile Jewish elite which is doing everything in its power to (among other things) displace whites in their own homelands with non-white immigrants.

So, white identity politics is about survival, not hating Jews. That a writer of Daniel Greenfield’s stature refuses to consider this indicates a lack of concern for the fate of whites in their own nations.

Then he wonders why some whites have a similar lack of concern for the fate of Jews.

And round and round we go. You’d think people would want to get off this odious little tilt-a-whirl by now.

The biggest blind spot darkening Greenfield’s field of vision, however, is his belief that tribalism among Gentiles is the cause of anti-Semitism without once mentioning how Jewish tribalism not only exists, but also may have a thing or two to do with causing anti-Semitism in the first place. I’m not asking Greenfield to turn into Ron Unz or Marcus Alethia here. I am just disappointed that a prominent man of the Right would miss something so obvious and crucial to the topic of anti-Semitism. Even an attempt to refute Jewish complicity would have been a welcome change. Instead, he gives us nothing.

Anti-Semitism is a tribal problem. Multiculturalism evolved into intersectionality, spawning more tribalism, more resentment, and an alliance of the resentful in which Jews are not full participants, but growing targets.

As a society becomes more racially and ethnically tribal, it grows more anti-Semitic. The white supremacist attack on a synagogue in Squirrel Hill is one symptom of a much larger problem.

This points to two fundamental flaws in Diaspora Right thinking. First, when Greenfield writes “[a]s a society becomes more racially and ethnically tribal,” he seems to assume that tribalism is an attitude or lifestyle decision, something that individuals can don or doff like they are trying on a jacket at a department store. He forgets that all humans are tribal. Tribalism, especially the racial and ethnic kind, is an inherent human characteristic. We cannot become something that we already are. The Diaspora Right lives under the illusion that ideology or economics can simply turn off tribalism, despite the lack of all evidence.

Secondly, Greenfield fails to include Jews in the great wave of tribalism he’s describing. He’s willing to hold Gentiles up to unrealistic standards of ethnic and racial egalitarianism, but not his own kind. He complains about Gentile identity politics, yet approves of Jewish identity politics in the now explicitly pro-Jewish Israel, where immigration policy is also explicitly pro-Jewish (and some would say racist). Does he not see that Jews practice tribalism as well as anyone else, if not better? Has he not heard of the Syrian Jews of New York or the Persian Jews of Beverley Hills? Is he not aware of widespread Jewish nepotism and ethnocentrism in the diaspora? Is this not tribalism as well?

This hypocritical ethnocentrism-for-me-but-not-for-thee attitude is what many perceptive Gentiles find so annoying about Jews. It is bald Jewish supremacy to presume that Jews have the right to ethnocentrism, but non-Jews (especially the white ones) do not. Thus it is that when Jewish writers like Daniel Greenfield complain about white supremacy (or black supremacy, or Muslim supremacy) while ignoring their own implicit Jewish supremacy, I tend not to take them very seriously.

And this makes me sad. Greenfield and FrontPage in general do good work in combatting the Left and Islam. These are important fronts in the culture wars, and all corners of the political Right in America benefit from their efforts. But in order for the Right to achieve victory in America – that is, to establish a white, homogeneous ethnostate that is inoculated against Islam and the Left – this ethnostate will have to do without tribalist minorities that cannot shake their anti-white racism and strong Leftist tendencies. There is no way the predominantly Right-wing Israeli government would tolerate such a subversive, foreign element in its nation, so why should whites do so in theirs?

This is an important question, since answering it will force Right-wing Jews like Daniel Greenfield to not only point his finger outward to explain anti-Semitism, but inward as well. And once that happens, maybe we can all hop off that tilt-a-whirl after all.

« The 2018 US Elections:
A Near-Death Experience

» In the Valley of the Fat & Impotent