The Comics of Owen Cyclops 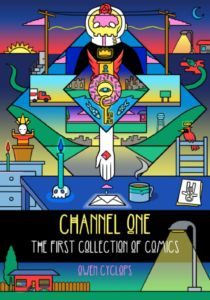 “I used to do drugs in a dumpster behind a pet supply store with my dog every single night, but I turned it all around, thanks to this book.” — Totally real testimonal

Possibly the most prominent visual artist on the Dissident Right today is a young man who goes by the name of Owen Cyclops. Mr. Cyclops is notable for his humorous Twitter commentary, and is a talented writer as well as being a gifted illustrator. Owen’s art has been used on the covers of several books by dissident authors, including Bronze Age Pervert’s Bronze Age Mindset and Orwell and Goode’s The Clowning of America. His latest contribution, Channel One, is a collection of comic strips and other imagery he has produced over the past few years. 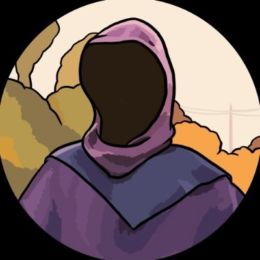 As he explains in the Introduction, he has been strongly influenced by an old book called The King in Yellow, although he has never read it. This was a collection of short stories, several of which discuss a fictional play by the same name which could induce insanity in those who read it. Mr. Cyclops was intrigued by this concept and hoped half-jokingly to have a similarly profound effect on his own audience. For inspiration he began consuming any type of media which had such a reputation — “books and information that were so dangerous people thought they needed to be banned.”

Unexpectedly, the artist found himself to be the one transformed, having “gone crazy” in the eyes of others with his views on taboo topics. But he felt saner than ever and intended to convey his new awareness to the world, although he rejected his initial impulses to do so in a serious tone. People are more likely to enjoy pictures and jokes than dense treatises, so he chose the former.

He further explains that his work is influenced by Bill Watterson, the cartoonist who created Calvin and Hobbes. Watterson noted that readers expect lighthearted entertainment in comics. This means that they have their guard down, and if the artist inserts a serious theme into his work, the reader can then absorb it more easily than he might in a more overtly serious format. Mr. Cyclops intends his work to be this type of “artistic Trojan horse.” 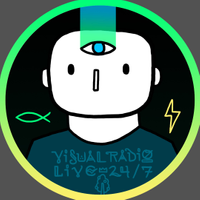 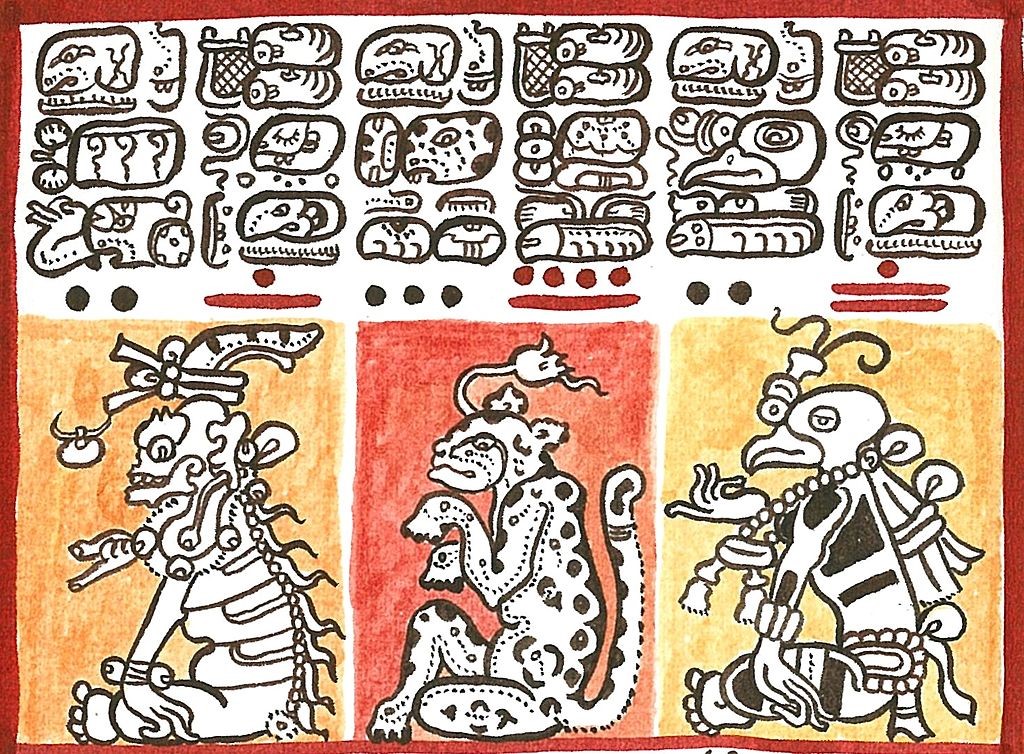 Top: Owen Cyclops’ avatar on Patreon and his website. Bottom: Detail from a modern reproduction of the Dresden Codex, written in Mayan script.

Mr. Cyclops’ art is rendered in a distinctive cartoonish style he refers to as “a new mystical aesthetic.” As he explains, the intention is not to be realistic but to reflect the basic essence of things as they are seen in the mind’s eye. The effect is that of a combination of the animated series King of the Hill and the rectangles with rounded corners which make up much of the ancient Mayan script.

The artist cites the Symbolist movement of the late nineteenth and early twentieth centuries as a major influence on his own work. According to the Symbolist Manifesto by Greek art critic Jean Moréas, the movement was hostile to “matter-of-fact description,” and instead looked to communicate greater truths through metaphor. French poet and critic Stéphane Mallarmé stated that their intention was “to depict not the thing, but the effect it produces.”

Mr. Cyclops studied painting under a Tibetan master, so Tibetan Buddhist art is undoubtedly an influence as well. Along with having a spiritual focus, both share a two-dimensional style which is not aimed at realism.

The artist is a Christian who speaks of mystical topics such as the influence of demons over human affairs. This may bring to mind a dogmatic worldview and a blind acceptance of tradition, but nothing could be further from the truth. He explains that he has always been a non-conformist and speaks from experience.

Within certain boundaries, Mr. Cyclops’ non-conformity made him popular, even with the opposite sex. Few were offended and some were impressed by his interest in Buddhism or his “like, fuck the corporations, man” politics. But when he began to investigate “conspiracy theories,” he received a very different reaction. 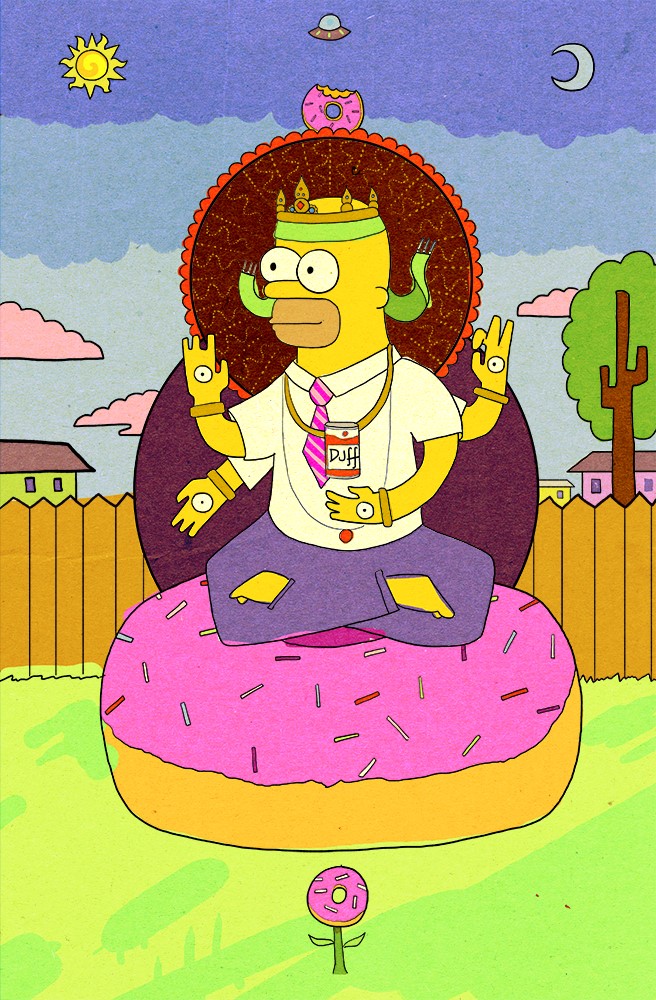 Some of the topics he investigated were not a matter of speculation, but were documentations of unusual behavior by powerful people of which many are unaware. But his friends responded with hostility, not only to the ideas but to him personally. He found that even intelligent people had arbitrary boundaries programmed into their minds beyond which dissenting ideas were considered proof of stupidity. Some spread rumors about him or even stopped speaking to him. It was impossible to predict which ideas would or would not offend any particular person, so he became quieter about the things which interested him most.

Far from being sheltered from the secular world, Mr. Cyclops speaks of his extensive experience with modern culture’s degeneracy in several comic strips. Before he became a Christian, he had a long history of drug use, both for hedonistic reasons and out of curiosity regarding the spiritual realm, to which psychedelic drugs like DMT can allegedly connect users. He became aware at an early age that modern culture was deeply sick, seeing those around him dying from drug abuse and suicide, and hoped through shamanistic practices to find some cure.

He ultimately concluded that the feeling of spiritual elevation such substances induce is an illusion. Despite heavy use of marijuana or psychedelics, many people remain shallow and unproductive. He argues that habitual use of marijuana breaks down inhibitions such that it becomes easier and easier to give in to various temptations. In other words, it erodes our higher spiritual nature and causes us to be more heavily governed by animal impulses. 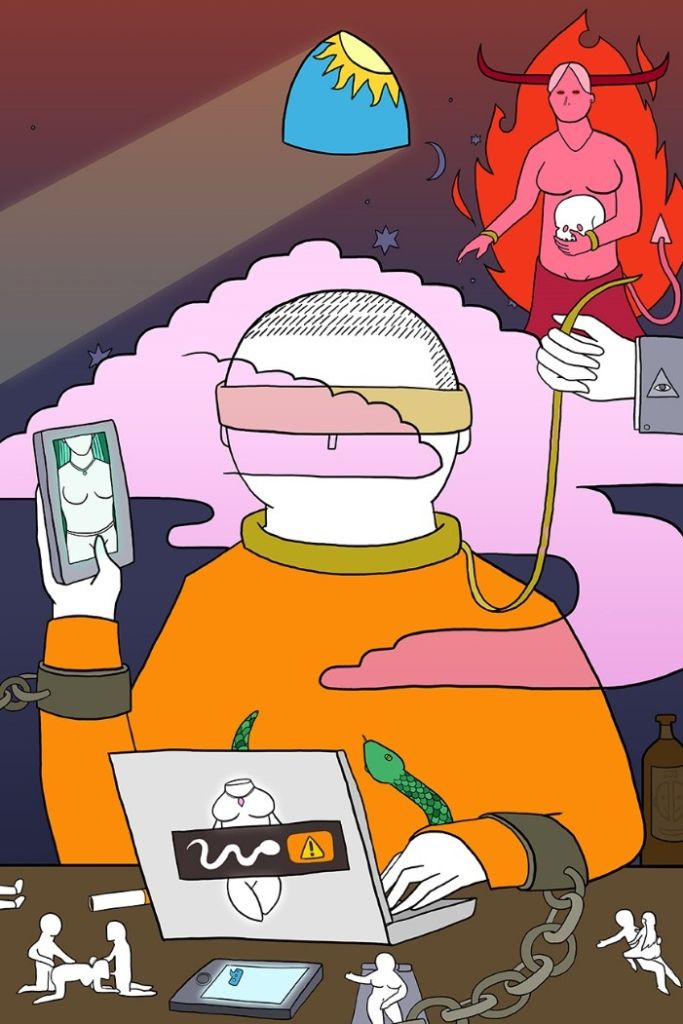 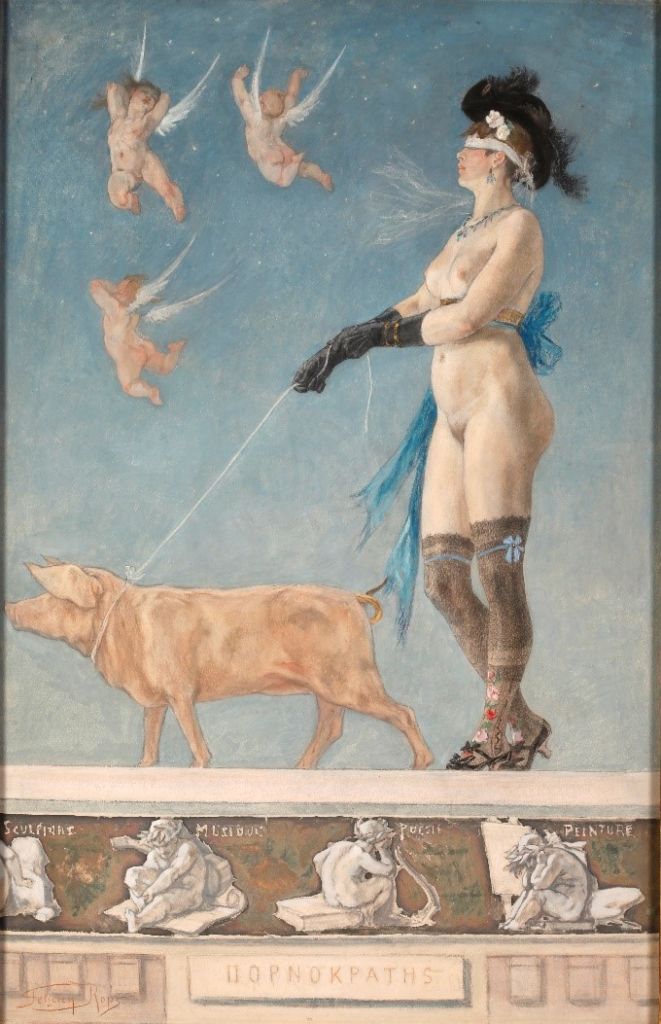 He also talks about sexual degeneracy. He looked at pornography regularly beginning in middle school and later engaged in casual sex, and did not immediately abandon these when he began to feel called to something higher in life. He notes one incident where a woman he had not seen in some time called him for a hookup, and although he knew this was spiritually degrading, he still agreed to it. The woman had a fetish for feeling abused, and as he was having intercourse with her in line with her perverse preferences, he could feel that something was very wrong.

Talking about this experience with his friends afterwards, he found no sympathy whatsoever. His family and friends from his old life were what he refers to as “lotus-eaters,” aimless hedonistic types, and responded to his talk of a more meaningful life as if he were speaking in tongues.

Mr. Cyclops’ connections to these people were shallow and easily broken. Once he was denounced as a “white supremacist” for questioning extreme Left orthodoxy, not a single one of those he had considered his close friends wanted to hear his side of the story. They believed the worst about him without question. Such alienation due to dissenting ideas is surely relatable for many readers.

Some of Mr. Cyclops’ comics are matter-of-fact discussions of real-world problems, but others are more creative. Two excellent pieces of fiction follow different plotlines, but both cover the fate of someone who embraces ugliness for lack of beauty.

The first of these is called “Night at the (Art) Museum.” The protagonist works as a security guard at the Guggenheim, a modern art museum in New York City. He admits that the crude abstract paintings are not attractive to him; he would be more entertained by looking out a window, but notes that the galleries have no windows. Due to a freak accident involving a piece of Surrealist sculpture made from an ancient depiction of a Cyprian deity, the museum has become possessed by a spirit which animates the paintings late at night.

It is not clear if this is only the security guard’s deranged imagination, but some of the paintings escape from their frames to wander around the museum at night. Our hero finds that just as the paintings have violated their assumed boundaries to move into the real world, he can do the same and physically enter certain paintings. These are described as “windows” — either magic or his imagination has provided what he felt was missing from the galleries. As he puts it, “Things haven’t been going so well at home”; he is having problems with his girlfriend or wife, so he has been spending more time inside the paintings. Sometimes he “think[s] about not coming back,” and the comic ends with him inside one of the paintings, and then disappearing. 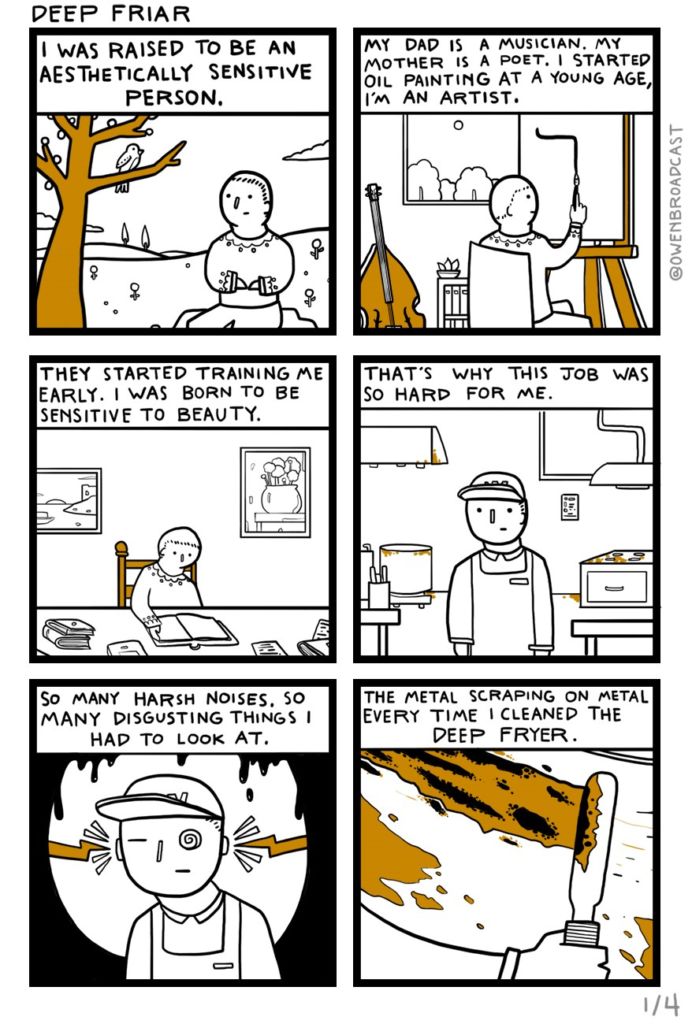 A piece called “Deep Friar,” which is unfortunately omitted from the book but available on his website, follows the same general theme. An artist finds himself compelled through unspecified circumstances to work in a restaurant whose kitchen has a deep fryer. This is excruciating for someone aesthetically sensitive, as he is constantly exposed to ugliness. To escape this torment, he feels the need to reverse his attitude towards beauty. He exposes himself to the ugliest imagery he can find daily until he feels a strange transformation. The deep fryer becomes beautiful and even magical to him, and he stays late after work to experiment with its “alchemical” power to change things. He is obsessed with it, and imagines everyday objects deep-fried: birds, trucks, trees, even the Moon and stars.

The frying enthusiast has one final inspiration. He builds a giant deep fryer in his own yard and has a mechanic friend of his inspect it to ensure it will function. His friend says it will, but notes that there is no apparent way to clean it. Our friar explains that there is no need; he is only going to use it once. Like the man at the art museum, he will let his ugly new obsession consume him.

Mr. Cyclops covers very unpleasant topics, but his is ultimately an uplifting story. After years of suffering in an environment dominated by lotus eaters, he has successfully obtained a better life. He has overcome long-standing bad habits including alcohol, marijuana, and pornography. Having moved from the spiritual desert of New York City to a low-cost rural environment with his “gnomestyle” wife, he aspires to ultimately make a living from his art. His new neighbors include an old lady who once brought him an unsolicited gift of a frozen rabbit. The rest of us can only pray that one day our own efforts will be sufficient to lead us to such a wholesome life.