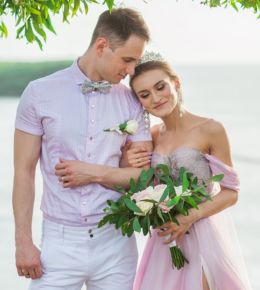 Longtime Counter-Currents commenter Alexandra O. recently raised the question of how to help young, racially conscious white men find mates and start families. Since I am married with children, Greg Johnson asked me to offer some thoughts on the topic.

The first I thing I would do is separate the hardcore dissidents from the rest. In any political movement, you are going to find those who make political change their number one priority. And while such people are absolutely necessary for the movement, they should not expect to get married and have kids like normies when they are unable to establish a mainstream career and Antifa is constantly threating them. If marriage happens for them, great. But this should be a secondary or tertiary concern.

For everyone else, however, politics can be a stumbling block. Most women who are marriage-worthy for dissidents may be conservative and want a husband and children, but are likely, as Alexandra points out, to be less than informed about — or even interested in — the issues and ideas which drive young, politically-minded men to sites like Counter-Currents. Furthermore, most dissident ideas are downright frightening to the uninitiated, not least because of the stigma, ostracization, and deplatforming that the mainstream elites wish to inflict on whites who challenge their anti-white, Left-wing worldview. Thus, analyzing Guillaume Faye or diving into the nitty-gritty of IQ research is probably not the best way to break the ice on a first date with a girl who only wants to have a nice evening out with the cute guy from the office.

If a young man in our circles wishes to remain a normie enough to get married and have kids, then politics will have to go on the backburner for a while — unless he gets really lucky and finds that rare female fellow traveler who’s attractive, white-positive, and willing. (Yes, we can all dream.) In most cases, however, he will be dealing with normie women who want to live normie lives despite having voted for Trump. He will discover quickly that within this group, a high IQ and Faustian spirit will more likely be a bug than a feature.

So barring any stroke of dumb luck, here is what he should do.

Beyond this, a young dissident should make himself useful, and in so doing, make a lot of money. This means establishing expertise in a technical field such as medicine, engineering, computer programming, or other STEM pursuits. Fields that are not technical and yet are potentially lucrative, such as law and finance, are also worth pursuing. Entrepreneurship may be the way to go for some who have the capital, determination, and drive. Any field that requires knowing multiple languages might also be worth a look. As I say in the first part of the series:

Money also serves as insurance against doxxing. If you can amass half a million dollars in savings and investments over the course of twenty years, then having your identity blown would be less terrifying than if you’re living paycheck to paycheck while dragging around a sackful of debt.

This will no doubt cross a young woman’s mind when she’s considering dumping or keeping the cute guy from the office after he tries to red-pill her on the JQ eight months into their relationship.

In taking on the business of finding a wife, young white men should understand that they have two basic avenues to follow, which I call Set Up and Step Up — and these can be pursued concurrently.

The former option, Set Up, entails swallowing one’s pride and going to relatives and friends to put out the word that you’re looking for a spouse. And if they care about you, they may attempt to arrange something. The Indians have done this for centuries to eugenic effect, and the majority of their arranged marriages do not end in divorce. So there is nothing wrong with this approach, and it’s one that I advocated on Counter-Currents in 2019 in the essay “The Nebbish and the Knockout.” Of course you might have to refrain from being terribly picky regarding looks when you finally meet a woman who is bright, kind, and willing to, in the words of the late Robert Palmer, “work to make it work.”

When I was in my mid-twenties, just at the end of another disastrous relationship, my mother offered to help find me a girlfriend. She was well-connected in her line of work and knew many people. She said she could put the word out and attempt to arrange something with the parents of a young woman in similar straits. I turned her down flat. Not only this, but I was indignantly opposed to her plan, and almost offended that she would even share it with me.

Why? Well, I suffered from a kind of generational chauvinism back then which would eighty-six any parental meddling in my love life or lack thereof. Also, I was in the throes of humiliation at the time. Allowing my mother to execute her plan would broadcast said humiliation to God knows how many people across the state. It would swiftly become public knowledge that twenty-five-year-old Spencer J. Quinn was too much of a loser to find a girlfriend for himself.

Looking back, I realize that I was being pig-headed and, yes, chauvinistic towards my parents’ generation. If I had accepted my mother’s plans, who knows how things could have turned out? But one thing I do know is that I limited my opportunities. Young, white, single men should not be limiting their opportunities. Don’t let rejection and humiliation deter you from the extremely important business of getting married and having children. That is so much more important than being a young stud with a rotating stable of girlfriends.

Further, how is this any different from going on WhiteDate.net? The only real difference is that it’s free and you’re working with people you know. Still, if you don’t have friends or family who can help, or if you simply don’t want to go to them for whatever reason, then WhiteDate.net is certainly another option for young white men looking for wives. (As a caveat, I have never tried it and I don’t know anyone who has. Perhaps readers can opine about its services in the comments.)

And then there is the Step Up option, which means hunting down a wife yourself. This is why they call it game. And to become familiar with game, one should look no further than the writings of Chateau Heartiste. Here is his defunct blog. One can follow him these days on Gab.

What I take from Heartiste and his elaborate Game Theory is that a man should never show obeisance to a woman when he pursues her. He must effect a practiced disinterest in her presence, and never, ever take shit from her. He must be self-assured at all times and act as if he has plenty of other women to choose from. Most importantly, he must know what league he is in. Never pursue women out of your league. And never settle.

Looking back, I see how much sense this makes. Just about every time a relationship ended for me, I was showing the girl too much deference and myself too little respect. In other words, I was being too nice of a guy. I was completely ignorant of game, and as a result I was getting burned timed and time again. Furthermore, there were perhaps five women during my late teens and twenties who were really hot for me, but I never pursued them because I felt they were beneath my league. As a result, they wanted me more. Maybe if I had redefined my league in my youth with a keener eye for marriage and children, things would have turned out differently. Thus, game does work. And as soon as I figured that out the hard way, things turned out quite well for me.

There is a danger, however, in practicing game. It can cause you to disrespect women and could potentially lead to misogyny. And that would take us back to the best-not-remembered days of White Sharia. Taking game too far could easily turn a man into a rake. Only pick-up artists, cads, and other sleazy creatures practice game for its own sake. Game is not an end; it’s a means to an end. And that end is to find the right girl.

As for the specifics of the girl in question, that’s up to you. Keep in mind that feminism is trouble, and so is all kinds of PC wokeness — so handle with care. You’re eventually going to have to disclose to her how far outside the Overton window you really are, and it would be a lot easier if you were starting with a gun-owning Trump voter than any shade of Democrat. And when you do this, do it gradually. Start with what’s provable, like racial differences, and see how far you can get after that.

As for race, she should be fully white, or at the very least three-quarters white, with the other quarter not being black or of any aboriginal stock. Here’s why.

For one, competing identities can kill any marriage. It’s fashionable these days for people who are part black or aboriginal to trumpet this part of their heritage and ignore their white ancestry. For example, I once knew a man who claimed he was part of the Cherokee “nation” simply because one of his grandparents was Cherokee. A woman like this should be a non-starter for any white-positive man looking for a wife.

Second, the older you get, the closer to your roots you become. I’ve lived long enough to see this pattern play out. When you’re young, you can afford to experiment with ideologies and lifestyles. Everything is new and fun. But when you get older, you turn into your parents or grandparents. Imagine if you had married a girl who’s American-born Chinese, or perhaps half Hispanic. All the things that bound you together at first, such as equally-matched IQs, compatible senses of humor, and similar tastes in movies will mean nothing ten years later, when you see liberal wokeness as a dire threat to you and your people but she doesn’t because she’s more interested in looking out for her people.

Love can bring you together, but history can very easily rip you apart.

My hat nevertheless goes off to the John Derbyshires of the world who can make it work, but these are exceptions. If you wish to keep your white identity and pass that on to your kids, then your best chance of doing so is by marrying a white. In my opinion, this should come first.

Thank you if you have read this far. I’d like to apologize to any female readers who feel excluded, since I am addressing young men in this essay. Further, I would imagine that if a woman is single and red-pilled, then her biggest problem will be keeping all the dissident guys away from her. But what do I know? Perhaps a female writer or commenter for Counter-Currents can offer the female perspective on this issue. Anything that can help clear the air and bring people together is welcome.