Is the Honeymoon Over for the Dirtbag Left? 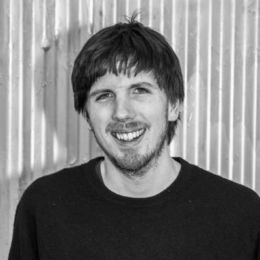 I have been predicting for a while that once all the White Nationalists have been purged from the internet that the “unwoke Leftists” would be next on the chopping block. A rather ominous sign of this in March was when The Daily Beast ran an exhaustive hit piece written by Antifa and ADL-affiliated operative Alexander “Reid Siege” Ross wherein he accused the Dirtbag Left of being a bunch of crypto-Nazis.

When hostilities broke out between Israel and Palestine in May, Bernie Bro Twitter was solidly on the side of the Palestinians, which led to accusations of rampant anti-Semitism from the usual suspects. Then in June, when socialists were planning nationwide demonstrations in favor of Medicare for All, someone broke into their Slack account and tricked the graphic designer into promoting Matt Heimbach on one of the flyers. Someone was trying to associate the socialist Left with Nazism, no doubt hoping that it would result in establishment deplatforming. There have therefore been a lot of signs that powerful interests want the unwoke Lefties gone.

This week saw another bad omen for the unwoke Left when Sean McCarthy was banned from Twitter. McCarthy is one of the hosts of the Grubstakers podcast, but was best known for his Twitter account.

McCarthy managed to grind out a considerable cult following on the Dissident Right with his critiques of wokeness, opposition to Zionism, and 9/11 Trutherism. McCarthy believes that wokeness undermines class solidarity, and while not a White Nationalist, he is reliably anti-anti-white. He believes “white privilege” theory is unfair to poor whites and obfuscates class conflict, which he believes is the real driving force of world events.

Sean McCarthy is semi-redpilled on Jews. He is known to make jokes about the dancing Israelis and the USS Liberty, but if asked would probably say that the Jewish elites are merely acting in accordance with forces inherent in the capitalist system.

While McCarthy is a committed class-first Left-wing socialist, he has a sort Right-wing sense of humor: 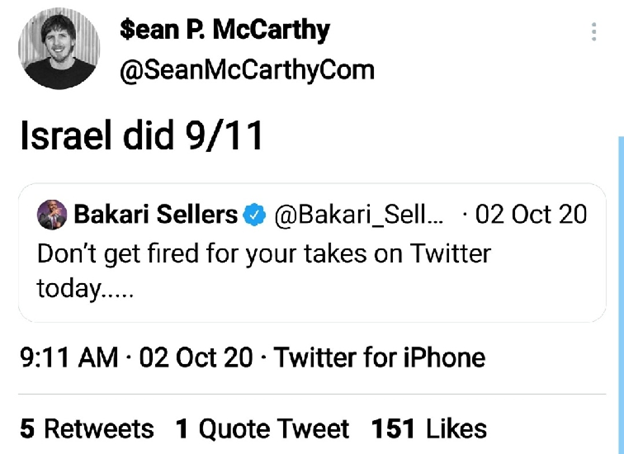 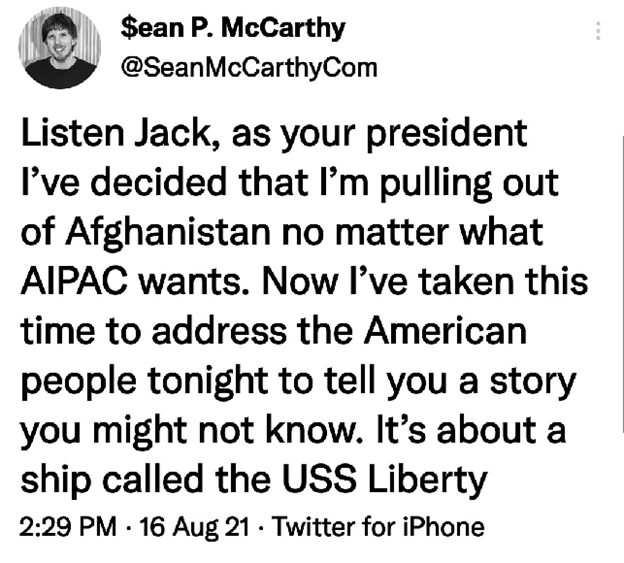 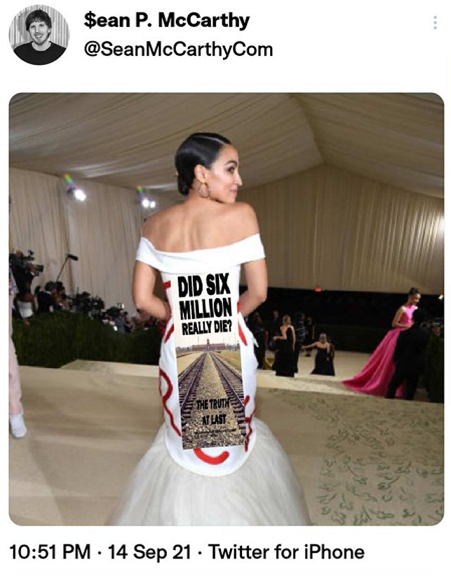 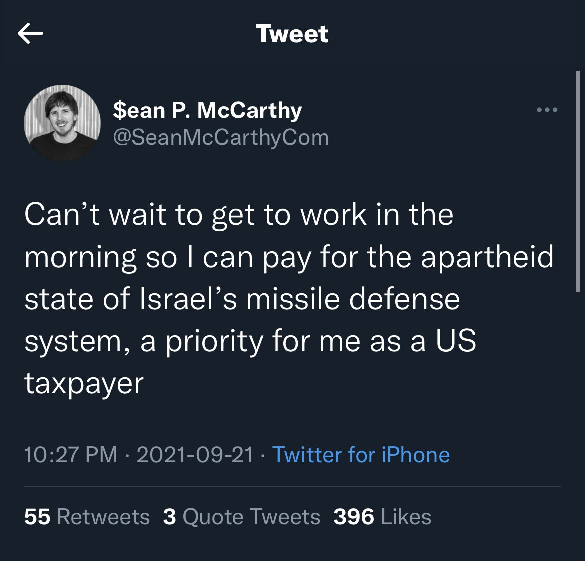 Among those delusional “red-brown alliance” witch-hunters who are paranoid that the Bernie Left is riddled with crypto-fascists, Sean McCarthy has been a high priority target: 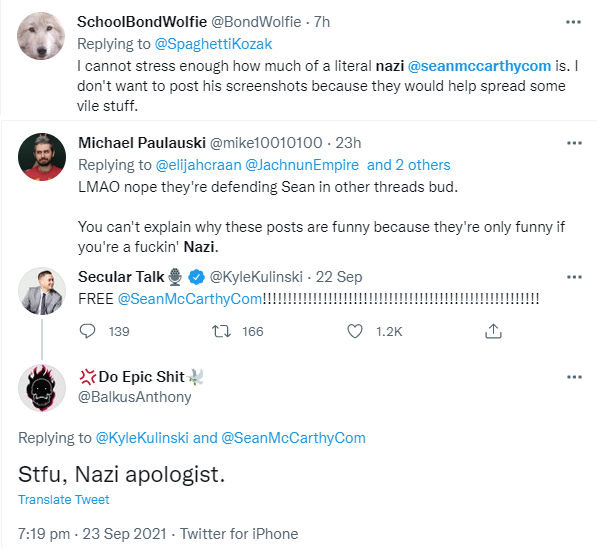 Much of their ire is the result of the fact that Sean is not opposed in principle to working with the Right. In an interview with blogger Nicollo Soldo, Soldo and McCarthy had the following exchange:

Soldo: You are also known to engage Right-wingers like myself. Is a synthesis possible between disaffected Left-wingers and disenchanted Right-wingers in the USA? If so, how?

McCarthy: The entire Bernie Sanders theory of change — and it’s one I agree with — is that the structural barriers to change in the US are so high that the only way anything will actually happen is through a mass popular movement that gets 60-70% of the population on one side. Every Leftist and socialist agrees with this in theory, but they don’t think about the second-order implications and the kinds of compromises necessary to achieve it. The United States is a country where Medicare for All, police officers, and the military all have a 70% approval rating. The actual coalition that changes things here is going to include a lot of Trump voters and a lot of people the media currently tells us are fascists.

In terms of what this synthesis might look like, one party needs to win elections by the margins FDR was winning them by. It’s more than possible. If it happens, it’s probably going to be some national conservative version of the Republican Party. Woke identity politics has locked the working class out of the Democratic Party and its various “socialist” appendages. The workers are expected to give their votes and receive no representation . . . that’s not tenable forever.

That was a little too close to overt “red-brown alliance” advocacy for a lot of people on the Left.

So is Sean McCarthy’s banning from Twitter a sign that the honeymoon is over for the Dirtbag Left? Is this the beginning of the end for the online Bernie Left? Is Big Tech about to send them all to Dirtbag Dachau? Marxist Majdanek? Socialist Sobibor? Or was Sean McCarthy an exceptional case? He was certainly more edgy and his humor more outrageous that most Dirtbag Leftists.

One thing to consider is that a couple of weeks ago, McCarthy was retweeted by Squad member Ilhan Omar. That may have something to do with it. Remember that a few years ago, Mike Enoch had his Twitter account banned shortly after he was retweeted by Ann Coulter.

After Ilhan was informed that she had just retweeted someone who routinely jokes about nuking Israel and whatnot, she removed it but nevertheless left herself open to a brutal hit piece. Someone could have written a guilt-by-association article entitled, “Look at the kinds of people Ilhan Omar is reading!” and quoted a bunch of McCarthy tweets about dancing Israelis and AIPAC. That is the last thing Ilhan Omar needs, as she is already on thin ice with the Zionists.

One way to mitigate the damage would therefore be to get McCarthy pre-emptively banned from Twitter. Omar could claim she didn’t know who he was, and since he’s already banned, who cares? Someone could still write such a hit piece, McCarthy’s ban means it’s less of a story and makes researching it a lot more difficult.

So maybe it wasn’t McCarthy’s tweets per se that got him banned, but that he was being seen by people too far up the ladder. If that is indeed the case, it is a sign that the Democratic establishment has no intention of ever giving the Dirtbag Left a seat at the table. The Dirtbag Left may serve some purpose for them as a niche internet scene that draws support away from White Nationalists, but the establishment will shut them down before they get big enough to seriously influence the national conversation.

Alternatively, this could be the beginning of a plan that was already in the making to completely purge the “unwoke Left” from the internet. The Dirtbag Left is vulnerable in that there are already commies out there who promote all the Marxist stuff, but who also promote all the woke stuff and are willing support imperialist adventures around the world (Vaush, The Young Turks, Hasan Piker, etc.). If the establishment feels that they need some edgy, Marxist controlled opposition on the Left for whatever reason, there are certainly more establishment-compliant commies out there.

In the meantime, I expect Sean McCarthy to pull a Brace Beldon and start tweeting from his podcast’s Twitter page.