The Music of Laure LePrunenec 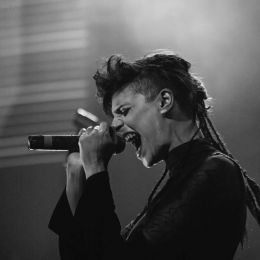 Laure LePrunenec is one of the most impressive artists in any genre in the past 15 years. The classically-trained French singer is known for her work with several bands including the avant-garde metal group Öxxö Xööx, the difficult-to-classify Igorrr, and Corpo-Mente. The latter two are collaborations with fellow French musician Gautier Serre and others, and she has also released two very interesting solo albums under the name Rïcïnn.

Some say that the blues is a paradox — music about misery that makes people happy. LePrunenec’s work has little in common with blues tunes musically, but the two have this much in common. The sound is often mournful, and one song has lyrics that would be appropriate for a funeral, but this is not petty whining. Instead, it is reminiscent of something described by Bronze Age Pervert in his book, and similarly inspiring:

I saw once a jaguar in a zoo, behind a glass, so that all the bugs in human form could gawk at it and humiliate it. This animal felt a noble and persistent sadness, being observed everywhere by the obsequious monkeys, not even monkeys, that were taunting it with stares. He could tell — I saw this! He could tell he was living in a simulated environment and that he had no power to move or live. His sadness crushed me and I will always remember this animal. I never want to see life in this condition! (p. 21)

Unlike the blues, however, most of LePrunenec’s lyrics are improvised nonsense syllables. This leaves the burden of expressing emotion entirely on her vocal technique, but her voice handles this very well. She displays a wide stylistic range, from whispering to screaming, often switching between techniques in the same song and at times even within the same phrase.

She may be unique in her ability to make operatic singing mesh well with more contemporary music. Her work with Igorrr combines elements of baroque and opera with heavy metal and electronic music in what is sometimes called “baroque-core.”

A good example of this is “Tout Petit Moineau” (Every Little Sparrow), from the 2012 album Hallelujah. Some metal bands have incorporated operatic vocals, but mainly as a gimmick in a more dumbed-down form. Here, by contrast, the vocals are the main focus, and are not only more advanced technically than what would be expected in metal bands but more compelling than popular operas. 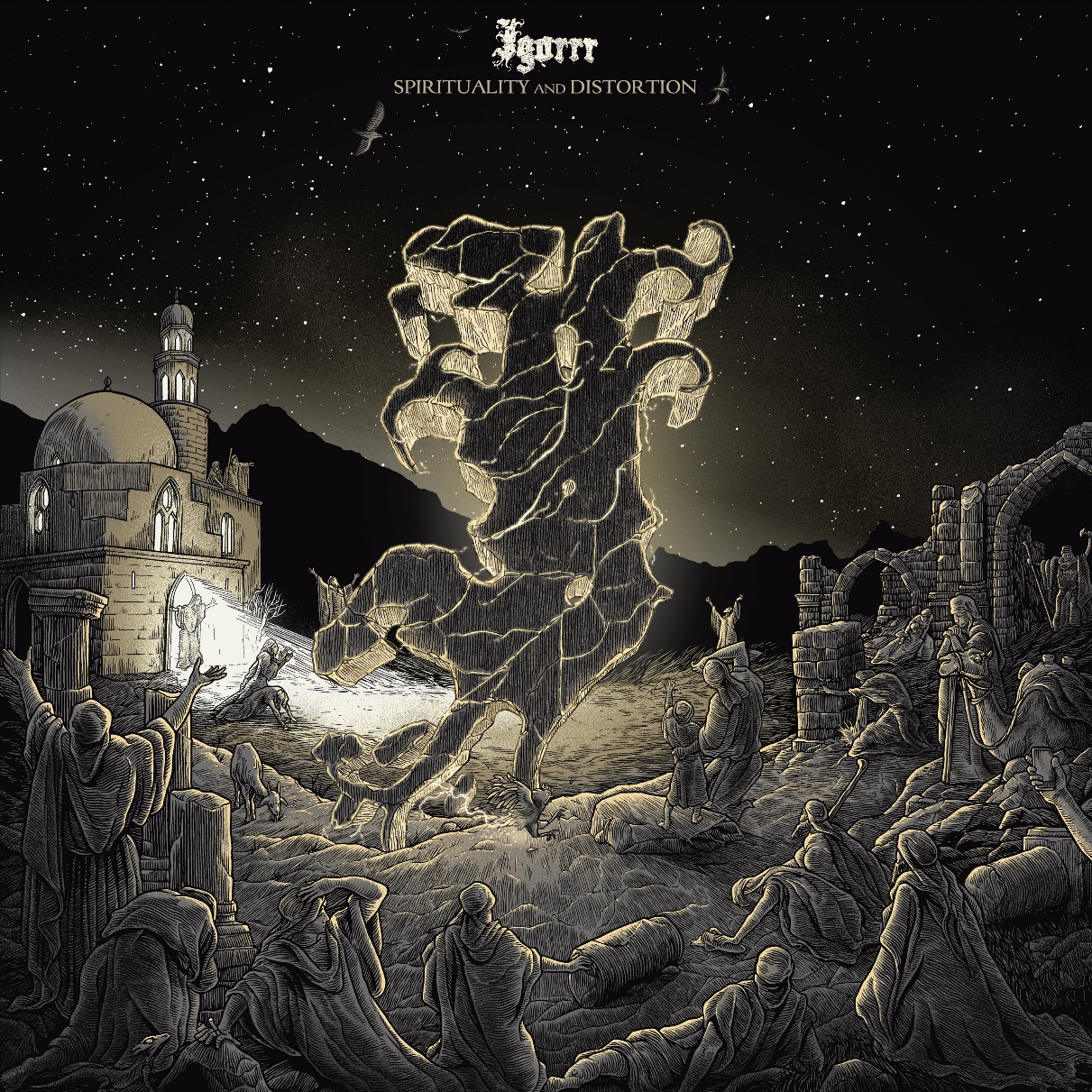 LePrunenec also appears on Igorrr’s latest album, Spirituality and Distortion. As composer and producer Gautier Serre explains, spirituality and distortion are “two perfectly opposite concepts,” and he enjoys such contrast. “Getting stuck in only one emotion is very boring to me. . . life is a wide range of emotions — sometimes you’re happy, sometimes you’re sad, angry, pissed off, nostalgic or blown away.”

While the distortion here comes from electric guitars, spirituality refers to the sound of traditional Middle Eastern instruments such as the oud and the kanun, which are associated with Islam. There is also a sitar, which is traditionally used by both Muslims and Hindus. Unlike much of the material on Igorrr’s early albums, these instruments were played by live musicians.

There is a similar contrast in the vocals. While LePrunenec’s vocals sound alternately Middle Eastern or operatic, and would seem to belong in the desert or a cathedral, George “Corpsegrinder” Fisher of Cannibal Corpse contributes death metal growls on one track, and band member Laurent Lunoir contributes screams and growls along with more traditional singing. 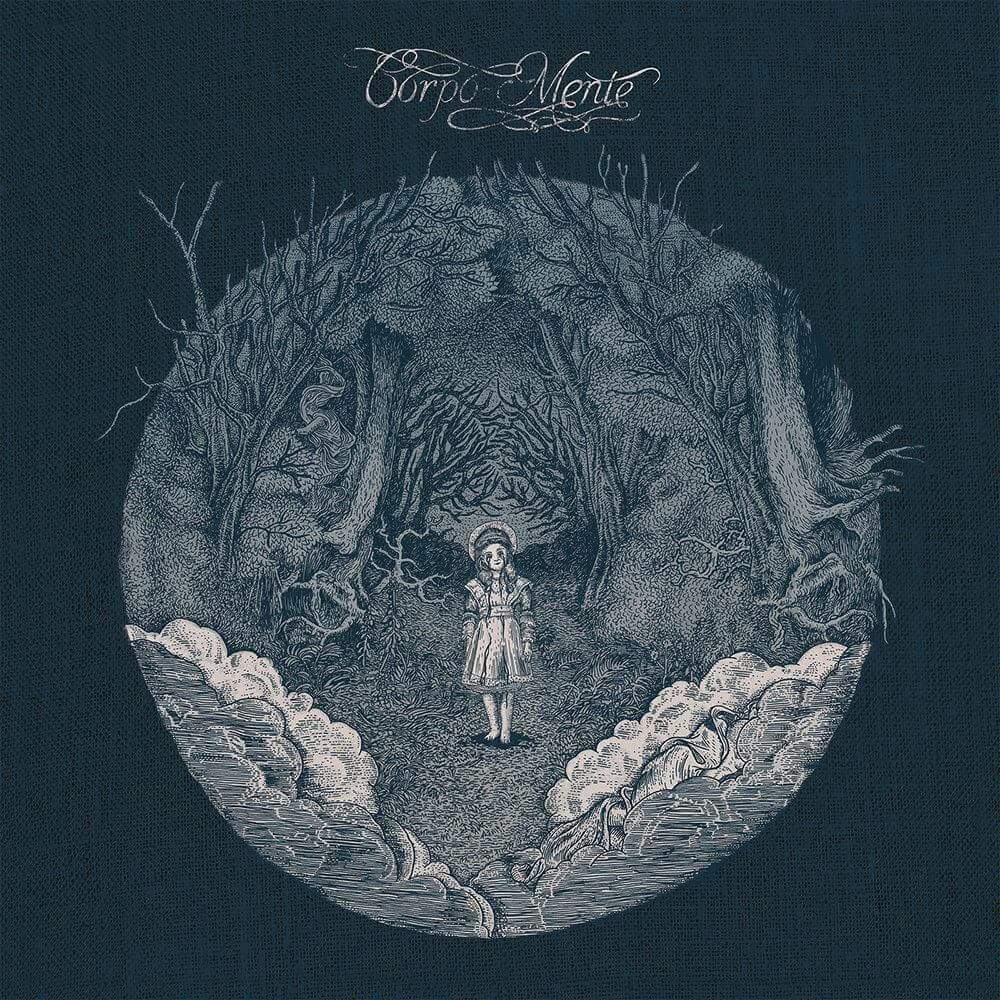 Possibly the least avant-garde project LePrunenec has been involved in is known as Corpo-Mente. So far the group, featuring the compositions of Gautier Serre, has released only one self-titled album. Unlike much of Igorrr’s music, it is difficult to imagine a mosh pit forming at a Corpo-Mente show. The group has less of the heavy metal sounds of Igorrr, with LePrunenec’s very moving melodies predominating over more restrained accompaniment. This includes classical strings and piano as well as surprisingly simple chords and arpeggios from Serre’s guitar.

Corpo-Mente’s cover art fits very well with the music. A young girl in a dress is depicted standing in the woods, barefoot and crying as if she is lost. Like the music, the image is dark but artfully done, making it far from depressing. The piece is reminiscent of Gustave Doré, a French engraver of the 19th century who illustrated stories such as Little Red Riding Hood. The trees look foreboding, their exposed roots or branches reaching out as if to grasp her, but they also resemble the vaulted ceiling of a cathedral, while the moon behind her head forms a halo, fitting the spiritual tone of the music.

The whole image has a dreamlike quality, as if to emphasize that this is only a fantasy rather than an alarming image taken from real life. The bottom half of the piece is framed by a strange mixture of clouds, water and fabric which would never be found in reality. The image appears printed monochromatically on a piece of cloth, as it if is a piece of band merchandise, and an ornate but partly faded cursive title fits with this impression. Again fitting with the music, this gives it a sense of nostalgia for something beautiful but far removed. 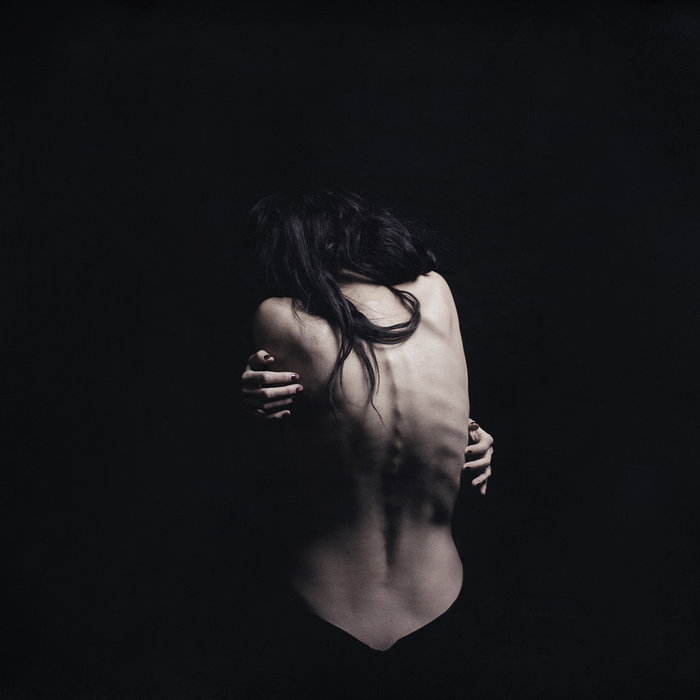 LePrunenec is also the leader of a group called Rïcïnn, which has so far released two albums. Their first album Lïan is the most impressive. Like Corpo-Mente, the album leans heavily on classical elements such as strings and uses dramatic vocal harmonies to great effect. Both show intense attention to detail and deliberate composition, and could not be further from the repetitive or low-effort style of most contemporary popular music. LePrunenec is sometimes compared to Dead Can Dance vocalist Lisa Gerrard, and several tracks here are reminiscent of “The Host of Seraphim.”

The album continues Igorrr’s tradition of eclectic instrumentation. One track, “Sïen Lïan,” begins with bass notes from an accordion, which gives the impression of dark, still water near a dock. Two tracks, “Little Bird” and “Orpheus,” manage to incorporate a harpsichord with modern instruments such as electric guitars and a drumkit without it sounding out of place. Lumna includes these instruments along with a glockenspiel, organ, piano and strings. Another track, “Drima,” ends with a solo on the bass guitar.

It is sometimes said that a speaker who whispers will have his audience’s attention more surely than if he shouts, and this applies here. Most of the album seems to be building up to something, but even the final track, “Laid in Earth,” seems restrained. Partly because of this it is very absorbing, and it is difficult to imagine listening to this music only casually.

Laure LePrunenec’s music shows that the Western musical tradition is not dead. Popular music has suffered a great dumbening in recent years to the point that it is quite alien to good taste. One would think that melody and creativity have largely been forgotten in the West, let alone baroque and opera. However, the positive reception the French singer’s work has received shows that there is still an audience for the most uplifiting aspects of our culture.