The Greatest Jewish Joke Ever Told 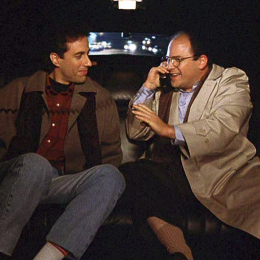 Now, if you don’t get the joke, that’s okay. Norm MacDonald didn’t get it either when Jerry Seinfeld told it to him. Far be it for me to instruct Seinfeld on how to tell jokes, but he really botched this one. He told only the third part of it, which relies on the least-known Jewish stereotype of the three, and he didn’t realize that the joke only works when told explicitly by a Jew, or, more specifically, a Jewish comedian — and to a presumably Jewish audience. Yes, Jerry Seinfeld is a Jewish comedian, but he wasn’t calling attention to that fact when telling the joke, which is crucial.

Here is the joke performed onstage by Rabbi Bob Alper. He may be the author of the joke, I don’t know.