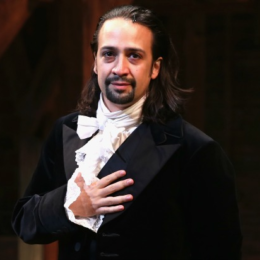 Alexander Hamilton is arguably the most popular Founding Father of our era — and it’s all thanks to one incredibly cringe hip-hop musical.

Hamilton first premiered in 2015 and has been a popular sensation ever since. Its tickets go for astronomical prices and its soundtrack sold millions of copies. Liberals were enthralled by this musical that portrayed the Founding Fathers as non-whites who dropped sick rhymes on the redcoats. It also upheld the liberalism of the Obama era, promoting a pro-immigrant, pro-technocracy, pro-diversity message. Hamilton is portrayed as a dark-skinned immigrant striver who gets the job done, unlike the slovenly natives. It depicts our Founding not as the work of dead white men, but of blacks and browns.

But now the woke Left has turned on the musical woke sections of the Left. Disney+ premiered the movie version of the musical earlier this month, inspiring criticism that Hamilton is irrelevant and insulting in the After Floyd era. “The play & now movie Hamilton is racist buffoonery & revisionist history meant to make liberal white folks feel good about their collaboration with the colonial project know as the U.S. & its racist imperialist project abroad,” tweeted “human rights activist” Ajamu Bakara. #CancelHamilton trended on Twitter as black users accused the Founder of being a racist slave trader. A few Hispanic interest groups demanded Disney not air the music for the same reason.

“One could argue that ‘Hamilton’ does not seek to fundamentally alter society with its feel-good version of the Revolution, especially since the values and triumphs it celebrates are drawn entirely from founding fathers who mainly did not consider people of color to be human,” wrote Columbia University lecturer Ed Morales.

The criticism of Hamilton prompted an “anti-cancel culture” backlash from conservatives and moderate liberals. The conservative City-Journal defended Hamilton as “a rousingly, unabashedly patriotic work.” The Federalist called it “the perfect answer to the 1619 Project’s attempt to erase America.”

“You can pick the anti-racism of Hamilton or you can pick the anti-racism of White Fragility. I know which one I prefer,” tweeted liberal journalist Yascha Mounk. “Is Hamilton an effective program to overcome racial injustice in this country? Of course not. It’s a musical. But it does encapsulate the spirit we need to build a just society much better than DiAngelo: a recognition of our flaws alongside a commitment to our founding values.”

Unfortunately for these Hamilton defenders, the New York Times’ 1619 Project and Robin DiAngelo’s White Fragility book are winning out. Both works demonize whites and paint America as inherently tainted by white supremacy. 1619 Project pedestals blacks as the true founders of America and throws down whites as our national villains. The message of both works is far more appealing to non-whites than the corniness of Hamilton. Hamilton says America is fundamentally good and it’s open to all. 1619 Project and White Fragility say America is fundamentally bad and only non-whites can redeem it. That vision is horrifying to mainstream conservatives and uncomfortable to white liberals. Yet, white liberals are as devoted to the 1619 Project and White Fragility as they were to Hamilton five years ago.

There’s also the problem of persuading non-whites that they were part of the Founding. The Founding Fathers were white, many owned slaves, and nearly all of them wanted this country to be for whites only. One hip-hop musical can’t transform them into diverse Americans. When the black student looks up the real Hamilton, he sees a blue-eyed Anglo staring back at him. That’s not somebody who looks like him. That’s not somebody he can relate to at all. That’s the face of the white oppressors who’ve held his people down for 400 years.

The critics are right about Hamilton: it’s no longer relevant to this moment. But Hamilton, the man, will probably remain a figure of reverence for liberal elites. Liberal elites will of course flagellate themselves over their white privilege and denounce America’s white supremacist roots. But they will preserve some of the Founding myth. Even the 1619 Project claims America’s founding principles were good; they were just hypocritical in the hands of evil white supremacists. The Left understands the power in claiming they are the “real Americans.”

Out of all the major founders, Alexander Hamilton speaks to liberal elites the most. Some on the Right like Hamilton for his belief in a strong state that spurred growth and protected domestic industry from foreign intrusion. The first Treasury Secretary presents a near-American Napoleon who championed aristocratic values and the ways of the Old World against the vulgar democracy of the New World. Hamilton also warned about the dangers of mass immigration and how the newcomers can radically alter their new home.

This image has some basis in fact and Hamilton’s contributions made this country what it is today — for better and for worse. There is something to admire in his statism, anti-utopianism, immigration restrictionism, and skepticism of democratic politics. But those aren’t the defining features of Hamilton — at least not to his liberal admirers. He’s the ultimate “front-row kid” who worked really hard and wanted to build a government led by fellow front-row kids. Front row kid, a term coined by independent photojournalist Chris Arnade, refers to the cosmopolitan and upper-class strivers who populate our urban centers. Like Hamilton, they went to the good schools, they work 24/7, they proudly declare themselves elites, they love the experts, and they disdain the rubes who oppose their rule. They may not share Hamilton’s love of martial glory and his wariness of mass immigration, but our contemporary elites can chalk that up to being a product of his time. They see themselves in him, much more so than George Washington, James Madison, and Thomas Jefferson.

Not too long ago, Jefferson was the liberal favorite. He wrote “all men are created equal” and wanted government power to be firmly entrenched with the people. Now he’s the most canceled Founding Father. Jefferson was a slave owner and argued there were inherent differences between the races. Hamilton was an ardent abolitionist and mocked the idea that there were inherent racial differences, according to biographer Ron Chernow. The Virginian envisioned America as a white republic, while Hamilton seemed open to including blacks and other non-whites in the body politic.

For all his egalitarianism and utopian visions, Jefferson is closer to the Dissident Right than Hamilton. Jefferson was a populist who opposed bankers and merchants hoarding all the power. His power to the people message was not a call for the multicultural rabble to throw down the white elites. He simply wanted the government to represent the humble farmers and tradesmen. It’s similar to how national populists today want to empower the middle and working class to strike down corrupt elites. Hamilton, fairly or unfairly, represents those corrupt elites who think they know better and think their power should not be questioned.

The deep state dorks who testified at Donald Trump’s impeachment and the medical “experts” wanting a permanent coronavirus lockdown are the heirs of Hamilton. Hamilton’s elitism has more in common with the technocracy desired by CNN than the aristocracy of Evola enthusiasts. That’s not saying Hamilton was evil or is the root of America’s problems; this is just an assessment of his current image.

Hamilton won’t end up as maligned as Jefferson, but he may get canceled to some extent — he is a dead white man, after all. His legacy remains complicated for American nationalists who wish to offer a Right-wing interpretation of our country’s history. He was a brave soldier and did many great things for this country, yet he also sets an example for the power-hungry Swamp creatures of today.

We can all agree, however, that Hamilton doesn’t deserve the dishonor of a cheesy hip-hop musical. One would hope that Hamilton would rather suffer another bullet from Aaron Burr.

« Hokusai: Beyond the Great Wave