Why I Write
Bocca della Verita 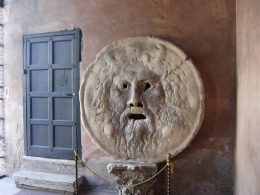