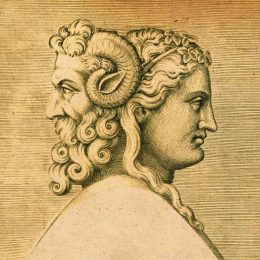 Our goal this year is to raise $100,000. So far, we have received 359 donations totaling $92,245.93. This is an enormous outpouring of commitment and support. I want to thank everyone who has given so far.

My Facebook account has been terminated because I am a white advocate. Just as an experiment, I opened another account. I posted nothing on my Facebook wall. I said nothing that violated terms of service. (Unless Facebook has a problem with burger memes.) But the account was deleted in 48 hours, not because of anything I said, but simply because it was me.

There was always something absurd about revolutionaries socializing and sometimes even talking about serious matters on a data-mining platform run by ultra-Leftist Jewish oligarchs and swarming with Leftist spies.

Over the last year, however, I felt the utility of Facebook was dropping, primarily due to censorship, which was causing people to detach from the platform and to falsify their preferences if they remained on it. (Note to Facebook: This is no way to run a massive data-mining operation, guys.) But before I could pull the plug, Facebook did it for me.

Those grapes really were getting sour.

If you need to reach me, drop me an email at: [email protected].

So how should I respond to this latest deplatforming?

First of all, there are only two things I can do:

There are basically two ways I can approach this question.

First, I could be a rational utility calculator and simply do nothing. After all, Facebook continues to be a useful place for the dissemination of our ideas, even if I am barred from the platform.

Second, I could act out of pride. Meaning that I could react in a way that is disproportionate and perhaps even damaging to my own interests, but it would feel good.

I’m going to choose the latter option, but not because it feels good, but because I think that there is a higher rationality to being waspish. The bee dies when it stings you. Which means that if bees were thinking of their rational self-interest, they would never sting. But if bees never stung, then people would not fear them, which would be bad for bees collectively.

So even if it is irrational for an individual to engage in disproportionate and self-destructive retaliation, it is actually good for a group to cultivate such an ethos, especially among young males, who are the most biologically expendable. This is one reason why whites fear and placate blacks and Muslim colonizers.

The system knows how to rule rational utility calculators. They know how to make complying with their tyranny easier than rebelling against it. The system has no way to control people who are willing to engage in disproportionate and self-destructive retaliation. Such people scare our leaders shitless.

That said, there’s not much I really can do here. But I am going to do what I can.

Thus I am going to remove the Facebook recommendation function from CC . I do not want Zuckerberg’s logo appearing on my website.

I also want to encourage my friends to leave Facebook. If you don’t do it out of waspish pride, then at least ask yourself: Are you getting more out of Facebook than Facebook is getting out of you?

Facebook is a giant intelligence gathering and social engineering platform. It is a way of mapping the public mind in order to manipulate it for economic and political gain. Facebook has a virtually complete map of the adherents, structure, and mind of the White Nationalist movement. The Elizabeth Warren Justice Department will surely be drawing up warrants based on it. I knew that going in. Did you?

I got on Facebook because the only way I could access even a tiny fraction of the fruits of their social network and data-mining was by joining it. I got quite a lot out of it, far more than I gave to it. Generally, my MO on Facebook was to gather information but feed the platform disinformation. But as more people adopted that strategy, largely due to Facebook’s censorship, the utility of the platform plummeted.

So burn it down and salt the earth.

A Word About Our Fundraiser

Normally, we end our fundraiser on Halloween, but a couple of weeks before that, we were deplatformed by two more credit card processors.

We applied to a couple of other processors but were turned down. In the process of applying, we discovered that Counter-Currents has been put on the so-called MATCH list, a credit card industry blacklist reserved for vendors with high rates of chargebacks and fraudulent transactions. This is completely inapplicable to Counter-Currents. In more than nine years, I can think of zero fraudulent transactions and only one chargeback that was later reversed.

Thus our placement on this list is simply a lie — a financially damaging lie — that is obviously political in motivation. Unfortunately, the credit card industry is largely unregulated. There is no accountability for false blacklisting, and there is no oversight or review for reversing such decisions. We are investigating our options for fighting this, but they seem to be few, expensive, and time-consuming. And time and money are in short supply.

Unfortunately, people love their credit cards. Thus sales and fundraising have almost ground to a halt, and I am dipping into our reserves to pay our bills. Thus I have extended the deadline of our fundraiser to the end of the year if necessary.

Amazon accounts for more than 70% of the global book market and an even higher percentage of the ebook market. This represents a significant reduction in both our reach and our revenue. That’s why they do it to us. They want to hurt us.

As is usual with Amazon, these bans have a tone of totalitarian hysteria and overkill.

When our Kindle account was canceled, we first received an email saying that one of our titles, Confessions of a Reluctant Hater, had been deemed “offensive” and removed. This is standard ideological censorship now. Then, a few minutes later, we received another email informing us that all of our titles had been deleted, our account closed, and no new account could be opened. That goes well beyond ideological censorship. For instance, my recent book From Plato to Postmodernism certainly does not violate any of Amazon’s content guidelines. Amazon is waging economic warfare against Counter-Currents as an institution and against me as an individual.

Furthermore, Amazon deleted all of our Kindle sales data, preventing us from paying royalties to our authors. This strikes me a tortious, something I will confirm with a lawyer.

When Amazon deleted more than 20 print book titles, they did not merely decline to sell them. They went ahead and removed the product pages as well, deleting all customer reviews and discussions. It is not enough that people can no longer buy my books. They can never even know that they existed. This is Orwellian.

The establishment is waging economic warfare against Counter-Currents and against me as an individual. Frankly, I am flattered. It means I am doing good work. That all of our writers are doing good work. And to continue this work, I need your support, now more than ever.

If Counter-Currents is to survive, we need to habituate our supporters to making payments and donations the old-fashioned way: by check, money order, or even cash stuffed into physical envelopes and put in the mail.

Simply print and complete the Word or PDF donation form and mail it to:

(Please ignore the credit card payment option listed on the forms. That no longer applies.)

Thank you, Boomers, for keeping your checkbooks, envelopes, and stamps. There are youngsters reading this site who have never written a check or put a letter in the mail. But sometimes the old ways are best.

If you wish to make monthly donations by mail, see if your bank has a bill payment service. Then all you need to do is set up a monthly check to be dispatched by mail to our PO box. This check can be made out to Counter-Currents or to Greg Johnson.

The only other way to support us is those new-fangled crypto-currencies.

Because we need to wean our customers and donors off of credit cards, I have reconfigured all of Counter-Currents’ book order pages to walk people through the processes of mailing paper or sending crypto.

I have also rounded the prices of our books, and in many cases significantly reduced them, to make it easier for you to calculate payment.