What Did the Founders Mean By “Liberty”? 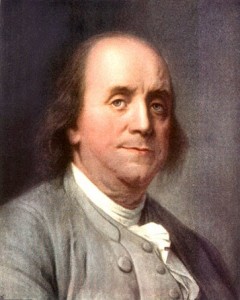 If there is a singular, inarguable principle that lies at the heart of America, it is liberty. The “Statue of Liberty” is perhaps our most iconic landmark, and the “Liberty Bell” in Philadelphia is one of our oldest national symbols. There are more High Schools called “Liberty High School” than seems reasonable. And of course, it is acknowledged in our founding document, which lists securing the “Blessings of Liberty” as the final intended goal of the new government.

But like many words, “liberty” suffers from a plethora of definitions. It can be either an absence of something—i.e., the state of freedom from oppression, restrictions, or rules—or it can be the presence of something—i.e., the possession of “liberties,” often in the form of rights. The former is inherently subjective, while the latter is highly contextual, making the use of the word “liberty” a slippery business, particularly when it pertains to law and government.

As perhaps could have been expected, the term has been seized by Libertarians and Liberals, who emphasize that liberty means nothing if not freedom for the individual. While intuitive to the modern ear, this understanding is neither the only possible understanding of “liberty,” nor is it what the Founding Fathers meant by the word.

Consider, by way of explanation, one of the most favored quotes among American Patriots. Benjamin Franklin famously said that “[t]hose who would give up essential Liberty, to purchase a little temporary Safety, deserve neither Liberty nor Safety.” This assertion is interpreted as an embodiment of the American attitude which puts liberty (presumably of the individual) above safety (presumably of the collective) in nearly absolute terms.

The only problem is that in context, this famous quote means almost the exact opposite.

The quote comes from a letter written in 1755 by Franklin as a representative of the Pennsylvania Assembly. The letter was addressed to the Governor, whose loyalty seemed torn between the people of Pennsylvania and the proprietary family (the descendants of William Penn), who in fact lived outside of the province but owned a great deal of land there. Recent conflicts with Natives during the French and Indian War required more military supplies and protection along the border regions, which in turn required raising taxes to fund these common defenses. The only problem was that the proposed method of raising these taxes would have taxed the Penn family’s lands. This is what is alluded to earlier in the letter when Franklin writes:

Indeed all Bills for raising Money for Publick Use, are so far of the same Kind; but this differs greatly from every former Bill that has been offered him, and all the Amendments (of any Consequence) which he proposed to the Bill he last refused, are in this Bill admitted, save that for totally exempting the Proprietary Estate.

The famous quote itself is preceded by an explanatory statement of the predicament the Pennsylvanians faced what they had done so far to protect themselves, and the limitations they would face in preceding further without the land-taxes they are requesting:

In fine, we have the most sensible Concern for the poor distressed Inhabitants of the Frontiers. We have taken every Step in our Power, consistent with the just Rights of the Freemen of Pennsylvania, for their Relief, and we have Reason to believe, that in the Midst of their Distresses they themselves do not wish us to go farther. Those who would give up essential Liberty, to purchase a little temporary Safety, deserve neither Liberty nor Safety.

What’s more the “purchase [of] a little temporary safety” of which Franklin complains was not the ceding of power to a government Leviathan in exchange for some promise of protection from external threat; for in Franklin’s letter, the word “purchase” does not appear to have been a metaphor. The governor was accusing the Assembly of stalling on appropriating money for frontier defense by insisting on including the Penn lands in its taxes–and thus triggering his intervention. And the Penn family later offered cash to fund defense of the frontier–as long as the Assembly would acknowledge that it lacked the power to tax the family’s lands. Franklin was thus complaining of the choice facing the legislature between being able to make funds available for frontier defense and maintaining its right of self-governance–and he was criticizing the governor for suggesting it should be willing to give up the latter to ensure the former.

Of course, we can reach this conclusion about intended meaning of “liberty” through the Declaration of Independence itself, which cites as its very first complaints how the King of England has “refused his assent to laws, the most wholesome and necessary for the public good,” and has variously prevented the Colonists from being able to govern themselves. It would not be overstating things to say that the colonists were not complaining about an excess of government so much as they were complaining of a lack of effective government. This absence of government, not its oppressive presence, was the impediment to liberty and prosperity which our Founding Father fought a war to do away with.

The Founding Fathers were not libertarian individualists. We know this from the fasces they adorned their buildings with, and we know this from their acknowledgment of differences between groups—something which leftists hold as evidence of racism at the very beginning of American history, but which also applies to distinctions between white groups. Benjamin Franklin himself, incidentally, held reservations about the Germans in particular:

Why should Pennsylvania, founded by the English, become a Colony of Aliens, who will shortly be so numerous as to Germanize us instead of our Anglifying them, and will never adopt our Language or Customs, any more than they can acquire our Complexion.

But most importantly, we know this from their statements about Liberty in our founding documents. Loving liberty does not require one to be an individualist, as an American or in general. To the contrary, the Founding Fathers understood that organizing around the collective interests of the group, rather than those of the individual, is the best way to achieve the most liberty.