Counter-Currents Radio Podcast No. 480 The Writers’ Bloc with Dark Enlightenment on Urbanism 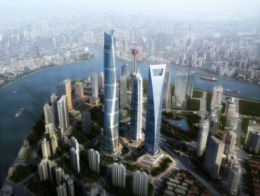 Dark Enlightenment was host Nick Jeelvy‘s guest on the latest broadcast of The Writers’ Bloc, where they discussed urbanism, and it is now available for download and online listening.

00:05:00 Who is Dark Enlightenment? His prior appearance on Counter-Currents Radio
00:09:00 Why the Left and liberals are obsessed with walkable cities, and why the Right shouldn’t have a kneejerk reaction to this
00:10:30 Skopje, Macedonia as a walkable city
00:13:00 Why Americans are obese
00:15:00 The horror of pre-digital terrestrial radio
00:18:00 American cities are car-dependent, and how that’s been exported
00:20:00 The attractiveness of walkable European cities versus car-based American cities
00:25:00 The value of walking as an exercise, the US Civil War, the Taliban, and Nick Jeelvy’s “Taliban Training”
00:28:30 The system gives ordinary people three choices that rob them of political power
00:31:30 Malls and the removal of public squares from American towns and cities; Richard Houck, “Confessions of a Mall Rat” and Mallrat Nationalism on The Writers’ Bloc
00:36:00 The standard of living in cities has fallen due to diversity
00:38:30 The factors that have led to the state of American cities, Shelley v. Kraemer, restrictive covenants, and Richard Houck on Dark Academia
00:42:30 Robert Moses as the godfather of the highway-based suburb, the disappearance of streetcars, and the documentary Taken for a Ride
00:44:00 Budapest as a good example of a walkable city versus Los Angeles and Houston
00:48:30 In big European cities, each separate area has a center square
00:50:00 The sociology of American towns and cities, and E. Michael Jones’ book The Slaughter of Cities
00:54:00 Giving people a vocabulary for resistance: What you can describe, you can fight; and how Patriotic Alternative in the UK fought back against the migrant invasion in Linton-on-Ouse
00:57:00 How modern geographic constrains inhibit young men and women from meeting each other
00:59:30 Martin Heidegger’s idea of embeddedness and how he’s more accessible to instinctive people versus philosophers
01:02:00 Designing physical spaces and building codes so we can’t organize politically
01:04:00 The top-down social engineering of American geography and Nick Jeelvy, “Literal Human Garbage”
01:09:00 Parking lots, public transportation, and diversity
01:11:00 How would Dark Enlightenment create the ideal city?
01:16:00 The landscape appeal of colleges
01:17:00 A confederation of villages as the perfect model for a city
01:20:00 Cars are for going between cities, but not traveling in them
01:21:00 Big hostile interests have conspired against the natural Aryan, Indo-European way of living
01:22:30 The stigma of adult children seeking financial assistance from their parents
01:24:30 What happens to elderly Americans when they can no longer drive
01:26:30 The structure of American society is designed to rob whites of solidarity and political power
01:28:00 What’s the cumulative psychological effect of bad urbanism in America?
01:30:30 The importance of being from somewhere
01:33:00 The value of a mixed-class neighborhood
01:36:00 America takes the Indo-European way of life away as a matter of policy
01:37:30 Being on the Dissident Right doesn’t make you crazy; being among the best the white race has to offer
01:39:30 The design of modern cities is psychologically damaging
01:43:00 Messing with the grammar of white society to destroy it
01:46:30 Americans aren’t rich and the suburb is a Ponzi scheme
01:50:00 Nobody is talking about urbanism but the Dissident Right
01:51:00 Why does the mainstream Right defend suburbs and hate cities?
01:53:00 The frontier and being the lord of an English manor house is deeply attractive to many Right-wingers and libertarians
01:57:30 Can a poor man have dignity? The dignity of the poor defines the quality of a civilization
02:00:00 The prime mover of America’s spatial arrangements is the race question
02:01:00 Closing remarks

« We Still Kill the Old Way