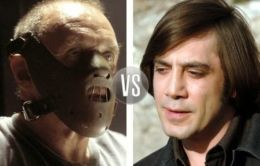 To regard the immorality of the will as an imperfection of it would be a fundamentally false point of view. — Arthur Schopenhauer, The World as Will and Idea