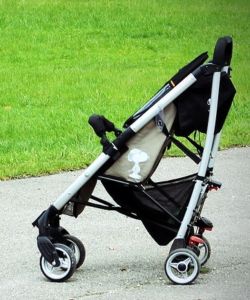 Sexual selection refers to competition within a species for mates. Charles Darwin in The Origin of Species writes of how peacock feathers only serve to endanger the animal, but are a costly signal of his fitness in terms of bioenergetic resources used to grow the most desirable tail feathers. So desirable are these feathers that females of the species, peahens, refuse to mate with a peacock in their pen if they can see in a nearby pen a peacock with nicer plumage. Perhaps the primitive brain centers we share with birds play a similar role in upping the ante on dating sites like Tinder or social media.

Men are a lot more up for “going the distance” by having sex than women are. One study conducted on a college campus showed that while 75% of men said yes to sex with a female who requested it, 0% of women said yes to a man requesting sex. The women were just as willing to go on a date as men, but the study didn’t factor into account ghosting episodes where women claim to want to meet with a guy but don’t show up. It seems as if women are fomenting the Singles Epidemic, but the question is why and what kinds of them are driving it.

Women who go to church more often exhibit a higher risk/reward set of behaviors as far as procreation is concerned. Whereas religious people have more children, people who attend church regularly are experiencing a greater rise in sexlessness than those who attend less or not at all. A Christian denomination optimized for racial procreation would not only induce people to have children, but to pair up with each other as well.

Women go to church 10% more often than men on average. While it’s true that more elderly people who are knocking on Heaven’s door, so to speak, attend church, and women live longer than men on average, the median age in churches (55) is about ten years younger than the median age at which women’s numbers exceed men’s by 10% (65). In other words, not all of the difference in church attendance is attributable to age differences.

Jesus seeks to curtail male sexual selection. Many women are attracted to wealth as a marker of a man’s status. In fact, the female sexual partners of men who make six figures report having double the number of orgasms. Jesus also did much in this respect by setting an example in turning down the Devil’s offer to make him ruler of an entire city while Jesus wandered in the desert for forty days and forty nights. What’s more, by claiming it is easier for a camel to pass through the eye of a needle than a rich man to go to heaven, and by proclaiming that it is better to give than to receive, Jesus seems to be seeking to curtail male sexual selection. (The reality, however, is that modern Christian churches are not as suspicious of wealth today, as many adherents prefer lower taxes for the wealthy even though their congregations generally earn below-average incomes.)

Socrates sought to limit the influence of the Sophists, who taught people to make use of charisma and emotional manipulation. Of course charisma, charm, and the ability to manipulate people’s emotions are factors in what makes men having dark triad traits more attractive to women on average, and thus male sexual selection. For example, one study showed the more psychopathic men were, the more women liked them. Socrates sought to limit the influence of this form of male sex appeal and get people to have a more intellectual and principled approach to moral judgements.

Plato does his part to curtail female sexual selection. Men are most attracted to women’s appearances as manifested in their physical bodies. In his tripartite theory of the soul, Plato claims that the intellectual soul should exert the most control, then the spirited part of the soul through the heart, and lastly, bodily appetites and concerns of the flesh. By ranking the body last, Plato subordinates beauty to virtue as understood by the mind and felt by the heart or emotions.

The effect of many of Jesus’ actions seems to be to curtail female sexual selection. He seeks to reduce the punishments for alleged adulteresses by beseeching men prepared to stone one such woman to death to “let he who is without sin cast the first stone.” He also welcomed reformed prostitute Mary Magdalene as one of his followers. Because women use their purity as a marker of status, Jesus was seeking to reduce this, and thus a behavior that goes into a female form of sexual selection.

While Christianity discourages certain aspects of female sexual selection, it encourages that of sexual reluctance, because the Apostle Paul wrote that it is better for people not to marry if they can suppress their sexual desires so they can devote their lives to Christ. Enlightenment historian Edward Gibbon believed Christianity played a role in collapsing the Roman Empire. The question is whether the religion incentivized sexlessness back then as it does now. It’s difficult to say. Rome already showed evidence of suffering from a singles epidemic even prior to the rise of Christianity. For example, in 9 AD Caesar Augustus instituted a bachelor’s tax to incentivize Roman men to marry. If Christianity played a role in encouraging excessive sexlessness, then it seems to have been part of a larger, perhaps unconscious, trend.

Plato seems to have arrived on the scene well before his civilization had demographic problems. The Greek historian Polybius, born in 200 BC (147 years after Plato’s death), writes of a singles epidemic and childlessness in ancient Greek city-states:

For this evil grew upon us rapidly, and without attracting attention, by our men becoming perverted to a passion for show and money and the pleasures of an idle life, and accordingly either not marrying at all, or, if they did marry, refusing to rear the children that were born, or at most one or two out of a great number, for the sake of leaving them well off or bringing them up in extravagant luxury. For when there are only one or two sons, it is evident that, if war or pestilence carries off one, the houses must be left heirless: and, like swarms of bees, little by little the cities become sparsely inhabited and weak.

It’s interesting that just as Greek cities experienced population implosions about 150-200 years after the death of Plato, Rome began to rapidly implode demographically about 150-200 years after Jesus died in 33 AD. I’d like to believe that both Plato and Jesus sensed societal dysfunction resulting from excessive male and female sexual selection behaviors and served as referees to curtail both, but given that women who go to church are more likely to be sexless and that Google Ngram shows greater popularity of books by Socrates and Plato than ever before, it seems their ideologies are doing little to accomplish that now and may even be furthering it along.

I believe economic forces rather than Christianity or Platonism are furthering it along, however. Outsourcing labor to poorer sundry lands as the modern developed world, the Roman Empire, and the Hellenic empires did results in maximizing comparative advantage overall for these areas in labor-intensive roles, causing the home economy to become service-based or focused entirely on directing resources around the nation. This privileges the generation that comes of age during the outsourcing because they are better able to latch onto the threefold increase in white-collar jobs, hold on to them, and make younger men appear inferior for not being able to rise similarly until they grow considerably older than their fathers were — too old to find suitable young women to maintain replacement level fertility.

The missing part of the equation of comparative advantage, which David Ricardo failed to address two centuries ago when he pioneered the idea. This is where all the reduced inputs for the production of goods go once all nations can produce more goods due to specializing in the industries in which they have a comparative advantage. There aren’t always better or even equally preferable options for labor in each nation. If being a barista at Starbucks beats an upper middle class unionized factory job that has now gone to China, then maybe I’m wrong. In other words, in an environment of international trade and maximized comparative advantage for the home nation, it’s not like there are always preferrable economic activities for all age groups, and a service economy seems to disprivilege young men as evidenced by the pay gulfs that are particularly noticeable in the business occupations. Again, this makes them seem lower status than the fathers of women who got a better deal in terms of their labor. The economic aspects of global trade seem to be more blameworthy for the Singles Epidemic than Christianity or Platonism making women excessively disagreeable toward men’s advances.

Perhaps the use of the birth control pill, as well as abortion increasing since the mid-twentieth century, is killing off people who more readily pair up sexually with others who don’t want kids (i.e., people high in male sexual selection) and causing extreme female sexual selection phenotypes of people who really want kids, but who don’t readily pair up with others. If this is happening on a genetic level, it doesn’t bode well for fixing it.

Still, it seems like there ought to be some sort of ideological adaptation beyond the marriage loans Hungarians have arranged for young couples — something more ideological, which will encourage women to drop excessive female sexual selection and become more open-hearted and agreeable. They don’t need to be sluts sleeping around, using birth control, and getting abortions, as women with excessive male sexual selection traits do, but they shouldn’t be refraining entirely from dating men, either. In essence, they shouldn’t be Pharisees in relation to themselves and stone themselves out of existence, but should instead give themselves a chance at relationships with white men in their social circles. This would seem to be the best way to combat the Singles Epidemic plaguing the developed world — and more importantly, those whites living in it during its winter phase.

In short, we need a fire against the cold.

« Black Rage on the Brooklyn Subway