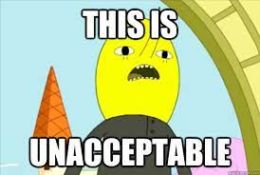 Roughly nine years ago, when I’d filed for divorce and was sending out feelers to see if anyone in this dismally unexceptional and lopsidedly negroidal metro area known as Greater Atlanta could recommend a good landlord or rental agency, I contacted a woman I knew in town to see if she had any leads for apartments.