British TV & Cutting Down on Booze 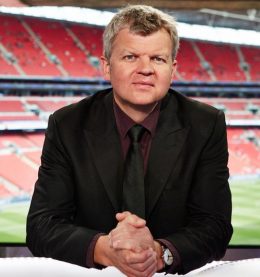 Not too long ago I got an app for my streaming service that features British TV shows, which led to me developing an obsession with reality shows featuring poverty-stricken Englishmen and their troubles.

Naturally, I’ve fallen down a rabbit hole of voyeurism and judging.

Please don’t judge me, though. I’ve discovered a great deal of advice about how to cut down on drinking. It hits close to home. While I’ve never gotten a DUI, passed out in an alleyway, or been arrested for drunk and disorderly conduct, I can only shudder when looking at these poverty-stricken Englishman with piles of empty beer cans in the corner. “There but for the grace of God go I.”

I didn’t really drink until I was in the US Army. The military’s institutional culture encourages boozing it up. (Instead of spa we’ll drink brown ale!) My army drinking didn’t turn into a major problem. As my responsibilities grew, I found it wise to drink less and less. Eventually, I stopped going to bars altogether, and I didn’t drink at all in the Middle East.

It was when I returned from my last combat deployment and started doing business as a civilian that I feel my drinking monster came into being. It seemed that the men who didn’t go to Vietnam but afterward wished they had were always putting a drink in my hand, wanting to hear about the desert. It sort of went to my head, I suppose.

My proverbial moment of clarity came several years ago. I had been sipping wine throughout the day, and it later was time to go to a social event. I’d justified the day-drinking because I’d mowed the lawn that morning. I muddled through the event, saying as little as possible to hide the fact that I was slurring my words and trying not to barf.

After that, I started to think about cutting down on drinking. British TV is helpful on that count — American TV doesn’t have many programs about alcohol abuse. There may be too many lingering issues related to Prohibition for such a genre to reemerge from its fin de siècle crypt. The British had no Prohibition, so they have no history of replacing one vice with the vices of gangsterism and Chicago-style shootouts.

Britain in general and England in particular have developed an alcohol problem, likely due to overlapping changes to British life. In the past, the British mostly drank in pubs, where the landlord had an obligation under the Dram Shop Acts to ensure people didn’t get too drunk. Then British ale was replaced by more potent European styles: lager and Pilsner. Then, after Britain started to regain prosperity after the austerity of the World Wars, British tourists traveled to the Continent and got a taste for wine.

Grocery stores started to stock up on wine and the British started to drink it at home where there was no Dram Shop restriction. Wine can also be purchased in a box, so the drinker can’t really tell how much he is putting away and there’s a great deal of wine in the box. The percentage of alcohol in wine has likewise increased. But it’s not just wine. All types and quantities of alcohol can be purchased everywhere, and the prices — especially in England — are spiraling downwards. English shoppers can even buy booze in a plastic two-liter bottle.

The problems with alcohol are well known. People do and say stupid things when drunk. Alcohol damages the liver, causes heartburn, makes it difficult to sleep, increases the risk of an accident of some sort, raises blood pressure, makes a person gain weight, and gives the drinker a hangover. The more a person drinks, the more likely their life will end earlier than non-drinkers.

Alcohol can be good, too. It’s a social lubricant. It tastes good, makes you see things from a new perspective, and can make you happy for a time. Red wine also has tannins, which can help the body. Drinking together bonds people socially. After taking over a platoon with considerable internal disagreements among the enlisted men, I sought some advice from an old soldier. He said: “arrange a drinking party.” I did, and the problems evaporated.

There are a good many British shows about alcohol use in Northern England. Ross Kemp produced a documentary about alcohol abuse in Sunderland that featured drunken men yelling at hospital staff. I discovered recently that Our Cops in the North is entertaining and it documents some drinking issues, although those issues were less highlighted than poaching, assault, and murder.

There is probably some sort of internal-to-England snobbery in those shows that I sense but don’t understand. Is there some kind of Northumbrians in the Mist kick that Londoners get out of these shows? I admit, watching the pathetic drunks talking to the social worker from “The Council” makes me feel better about myself, so I’m colluding in this attitude should it exist.

The best British TV documentary about drinking is by Adrian Chiles. Mr. Chiles is an English radio presenter, TV personality, and “English Football” (i.e. soccer) announcer. From what I can gather from interviews and news reports about him online, he suffered a bout of anxiety after being fired from a morning show called Daybreak in 2011. Following that event, he seems to have done some self-reflection and produced Drinkers Like Me in 2018.

Drinkers Like Me is quite possibly the most interesting study on alcohol abuse I’ve ever watched. It has none of the scolding, Protestant schoolmarmism represented by the likes of Carry A. Nation that Americans get. Instead, it analyzes every aspect of drinking from a fun perspective. Chiles’s drinking has caused him to carry more weight, has given him some moderate, but reversible, liver damage, as well as heartburn. Needless to say, Chiles was drinking well over the recommended limits.

British health experts have altered their guidelines about drinking. One should now only drink fourteen units of alcohol per week — roughly equal to six pints of beer, seven shots (doubles), or a bottle and a half of wine, respectively.

Chiles is not alone in his drinking. The British public buys double the amount of alcohol they admit to drinking. Liver disease is way up in England. Alcohol is at the bottom of a great many social ills. Chiles raises an interesting question about why people don’t seek treatment for alcoholism:

There’s a bit of a battle between those who believe in the binary “disease” model of alcohol misuse and those who see it as more of a continuum. The belief in the former, binary model is the one most commonly held. It goes like this: there is a condition called alcoholism, which is essentially a disease. If you have this disease — whether you were born with it or acquired it — all hope of moderation is in vain; abstinence is your only option. The ubiquity of this view is probably because it is the credo of Alcoholics Anonymous, which, to be fair, has been a lot of help to a lot of people.

. . . there is the issue of problem recognition. . . . If you have been led to believe that you either have or haven’t got this “drinking disease,” then it’s relatively easy to give yourself a clean bill of health. After all, you will reason, you are not drinking Pernod with your breakfast, or sleeping on a park bench, and you can do without a drink for days on end, so you are not afflicted by the “disease.” Furthermore, your understanding is that, were you to be “diagnosed” with the disease, you would never be allowed to drink again, a prospect that quietly terrifies you. And perhaps you don’t want to be lumbered with the stigma of being labelled an alcoholic. So, suitably discouraged, you don’t seek help, and on you go, not seeing the need to change anything.

In other words, one could be in trouble and not know it, even if one is as highly successful as Adrian Chiles.

When I first decided to cut back on alcohol, I got a scrap of paper, put it on my work desk, and made a tally mark for every day I didn’t drink. With six months of tally marks on the paper, Thanksgiving came around and my mother-in-law sent a bottle of my favorite scotch for Christmas. Since I don’t wish to get in yet another domestic battle with the spouse, the countdown goes back to zero. But blaming this on the women of my family is a cheap shot. There is plenty of opportunity to cheat — and I’ve done it — and the countdown restarts. It’s demoralizing.

Adrian Chiles’s philosophy is to be a moderating drinker. He argues that the goal is to fully enjoy each drink, not throw ‘em back until your teeth are numb and you start saying “I love you maaaan” to your mates. His main trick is to count one’s drinks. He has an app on his cell phone that records his units. Simply keeping track helped him cut back.

Another British alcohol reducer is Liz Hemingway. She has written several books about alcohol and argues for total abstinence. She says when the temptation to imbibe comes around, she says a prayer about self-forgiveness and taps her hand and head. I’ve tried this and it really works.

A few other tricks that I’ve come up with that are in line with the ideas developed above are to only buy alcohol I like the most and never in a big bottle. I only drink during certain times and situations now. I only imbibe if the household budget is in balance, there is no chance for me to be Mr. Taxi Driver for anyone in my family, all the work is done, and I have no possible risk of getting into a drunken argument with some other person.

Other tricks include not buying rounds. With rounds at a bar, one could get in a situation where one must drink socially and most drinks are purchased by someone else. Don’t stand up and drink, or more importantly, have a surface to put one’s drink on. Apparently “vertical drinkers” drink quicker. Slowing down helps.

Ultimately, we are engaged in a struggle to save our people on both sides of the pond. To do so requires we raise a family and make money — indeed, monetize as much of our time as possible.

One cannot do this as well hungover.

» Counter-Currents Radio Podcast No. 329 Ask Me Anything with Greg Johnson