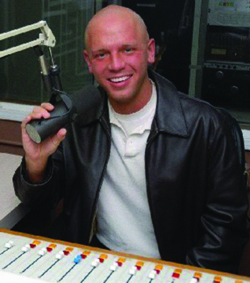 James Edwards offers some white pills in this video regarding why now is the perfect time to get involved in the pro-white movement, as things are moving in our direction to a greater extent today than they have in many years.

For the past 18 years James Edwards has served as the creator and host of The Political Cesspool, a syndicated AM talk radio program. When not interviewing newsmakers, Edwards is no stranger to making news himself, having appeared as a commentator many times on national television. Over the course of the past two decades, his groundbreaking work has also been the subject of articles in hundreds of publications around the world, gaining him a global audience.

Edwards’ book, Racism, Schmacism: How Liberals Use the “R” Word, was published in 2010. And in 2016, Mr. Edwards was listed by Media Matters alongside Bill O’Reilly, Sean Hannity, and Ann Coulter as one of the “Top 20 Right-wing media fixtures” responsible for Donald Trump’s election. Hillay Clinton also named him specifically as one of the “extremists” who would shape our country.

James resides in Tennessee with his wife and three children.

Counter-Currents events are by invitation only, and serve as a way for us to give back to our generous supporters. Check us out here for more information on events and how to become involved.

« War Is Our Father