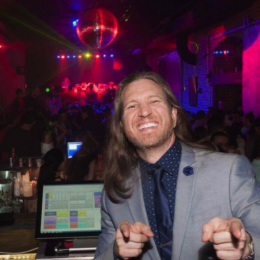 Are you furious yet?

White Americans: If the recent Jake Gardner affair has taught us anything, it’s that our elite that now occupies most of the government and nearly all of the mainstream media has rigged the system against us. We simply cannot win when playing by the rules. Jake Gardner knew this, which is why he so tragically took himself out of the game.

For a quick recap, on September 16th, Gardner, a white Iraq War veteran and vocal Trump supporter, was protecting a bar he owned in Omaha, Nebraska from a Black Lives Matter mob. Rioters chucked a street sign through one of his windows, and then knocked his elderly father to the ground. After helping his father, Gardner lifted his shirt to reveal his gun to the rioters, and then backed towards his bar. This prompted two rioters to jump him from behind. Gardner fired two warning shots to get the rioters off of him, and was jumped again, this time by a black criminal named James Scurlock.

At 22, Scurlock already had a rap sheet a mile long, including home invasion, assault and battery, domestic violence — and, of course, he was in the middle of a crime spree that very night. Methamphetamine and cocaine were found in his urine.

Finding himself in a chokehold, about to pass out, Gardner did the only thing he could to save his life: he shot and killed the feral thug. I covered the coda to this depressing story in my previous article, “This is Why We Had Segregation:”

Initially, the DA ruled the killing self-defense. But after rioters threatened him at his home, he allowed a black special prosecutor named Frederick Franklin to investigate. Franklin filed charges against Gardner for manslaughter, first-degree assault, and making terrorist threats. Gardner committed suicide as a result.

Jake Gardner knew he couldn’t win. Or he knew he didn’t have it in him to take on city hall. Was he wrong? Note how prejudicial this prosecutor was when justifying his decision to bring charges against Gardner during a press conference shortly after Gardner’s death. After expressing his irrelevant admiration for football player Gayle Sayers, Franklin explained that Gardner’s equally irrelevant appreciation for President Trump and disdain for the BLM riots were factors in his indictment. He also equated Gardner’s lifting of his shirt to making terroristic threats, and Gardner’s sitting out the riot in his bar with the lights off with setting up an ambush.

In other words, this black special prosecutor completely abandoned Occam’s Razor and warped all understanding of proper human behavior in order to ludicrously paint Jake Gardner as a villain. He trashed all presumption of innocence and gave Gardner absolutely no benefit of any doubt. As I see it, Franklin believes Gardner wasn’t there to protect his business, he was there to hunt black people; Gardner wasn’t an honest man acting in self-defense, he was a bigot standing in the way of racial equality. Furthermore, Franklin downplayed the crimes of the rioters. To him, it seems, they weren’t mindless hooligans intent on destruction and mayhem, they were righteous protestors fighting for the dignity of African Americans. The crass racial favoritism here should obvious.

This is how the Left operates. It twists the mundane and the commonsensical into the preposterously political. This tactic might be merely dishonorable during a debate among professional politicians. But when uncorked against a regular civilian, it becomes tantamount to using the prosecutor’s office as a weapon. It could even be viewed as a government’s declaration of war against a substantial portion of its population.

It seems that Frederick Franklin saw Jake Gardner as a white man who did not wish to submit to the Black Supremacist mandate of Black Lives Matter, and decided to punish him for it. Not only this, but he did so by popular demand. Many, many people on social media were calling for Jake Gardner’s head.

How can one man stand up to this? Gardner was facing the twin threats of a hostile government and a hostile populace. He was probably also aware of the retaliation murder of a Trump supporter in Portland after the Kyle Rittenhouse affair back in August. Perhaps he felt that every moment he kept breathing was endangering other innocent people who might suddenly find themselves in the crosshairs of Antifa or BLM. Perhaps he did not want to escalate. Who knows?

But one thing we do know is that Jake Gardner is not merely evidence for the naked oppression of white people — he also embodies what I call the Dissident’s Dilemma. The elites of our society are slowly stripping away all viable options that a dissident has at his disposal to remain in public life. The Founding Fathers had tried to bake such options into the constitutional cake 250 years ago, and now the Left has mustered enough power to begin undoing all of that.

So with all of these rights stripped away, what is a dissident to do? And make no mistake, Jake Gardner became a dissident the moment he decided to stand up to Black Lives Matter terrorists. I’ve addressed this question many times before and have laid out various options, such as forming a white underground railroad, weaponizing money, and wargaming secession.

Aside from mourning Gardner’s passing and never forgetting what he now stands for, dissidents should also be aware that each outrage such as this swings the argument further and further in their favor—and the 2020 list of outrages is growing longer and longer: the McMichaels, the McCloskeys, the Wuestenbergs, Derek Chauvin, Garrett Rolfe, Kyle Rittenhouse, and now Jake Gardner. These are all white people who were persecuted by our government, by cancel culture, and by Leftist rage mobs simply for defending their own lives with firearms — as is their unalienable right. The message is clear: when it comes down to life and death, the Left does not want white people to live. The Left sees any dispute between a black and a white as an excuse to condemn the white and exonerate the black — all pertinent evidence and information be damned.

Dissidents must never shut up about this. We must act with tremendous urgency when convincing conservatives, libertarians, and anyone else still perched in the political center that the Left and its BLM/Antifa foot soldiers is nothing less than a racist, anti-white hate machine which would strip away all rights from white people if it could.

The persecution and subsequent suicide of Jake Gardner still infuriate me — but I am heartened by one tragic consolation: he ultimately made our arguments just a little bit stronger.