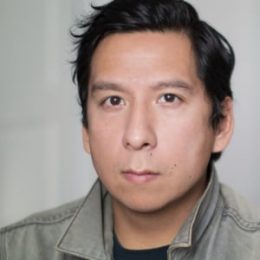 I went with some friends to see a Native American art show called: What Was Always Yours and Never Lost. The group show (seven video installations) was curated by Sky Hopinka who is a member of the Ho-Chunk Nation and a descendant of the Pechanga Band of Luiseño Indians.

My friends and I were sorry to learn we’d missed the big powwow held on opening night when Native Americans filled the large art gallery to have a party, sing, drum, and do traditional dances. Scenes from this gathering had been captured by Sky Hopinka and played as a fifteen minute HD video, as part of the show.

I watched a little of this video when we first came in. You could see the Native Americans in their traditional garb, doing the classic dances.

Then I went to the food table and helped myself to grapes, cheese, and sparkling water. I chatted with an Irish art critic and some gallery personnel. Everyone was feeling good about having diverse artists from the Native American community in the gallery.

I walked around and looked at the video installations. The first one, Faces in the Crowd, showed old footage of indigenous student protests in Mexico City in the 1960s.

Another showed a young man paddling a canoe along a river in the Canadian wilderness.

A third video was a humorous narrative about two lesbian Native Americans who had been left behind by white people after the earth was used up and everyone had moved to Mars.

After I’d worked my way around the gallery, I found myself back at the beginning, at Sky Hopinka’s fifteen-minute video of the opening night powwow. This time, I sat in the chair provided and put the headphones on so I could get the full experience.

The drumming was compelling, and I began to tap my foot to it. The dances were cool too, the slow hopping motion, the gentle rotating of the individual dancers as they moved in a larger circle with their fellows. Some of the dancers had the full costume: colorful head-dresses, face paint, moccasins. Other people had more normal clothes but participated nonetheless.

As I watched the powwow this second time, I found myself looking at the Native Americans not dancing. Some were sitting at tables. Others were standing with their friends. They had the distinctive features and coloring of their race. The thing I noticed: they looked sad.

Not all of them. But a lot of them. Even some of the people dancing had a vacant, troubled look on their faces.

They had probably driven long distances to get there. They had come to support Sky Hopinka, one of their own, a young ambitious filmmaker/artist who was making a name for himself, taking advantage of his opportunities, getting educated, learning the culture of the art world and experimental film.

Sky Hopinka, has done things like teach Native American languages for a time at Portland State University. He is also a Radcliffe-Harvard Film Study Center Fellow. At thirty-four he is staying true to his roots and also succeeding in the white man’s world. He is doing everything right. They should be proud. They should be happy for him. But that’s not how they looked.

Then it hit me. I was looking at a defeated people. Their homelands had been invaded. Their ancestors had fought bravely and to the death to defend them. But they lost. And here they were. The handful of survivors. The descendants of a once thriving people. Reduced to a tiny sliver of their original population, in a state of permanent economic and cultural imprisonment.

Once this thought occurred to me the entire video changed. It was painful to watch. It was heartbreaking.

I had to collect myself before rejoining my friends. They are default liberals. They do not think in terms of “you have to fight for your freedom.” That would sound totally backward to them.

They think in terms of “cooperation” and “compassion” and “helping the less fortunate.” They think “building communities” is what humans do.

Yet here was the alternative story staring them in the face. Here is that other thing that humans do: one group challenges another for their territory. And if the second group cannot or will not defend it, they lose it. And the results are not pretty.

Fortunately, my friends had begun talking about where we should eat. I followed them out of the gallery and we walked down the street. With the car traffic and people walking by, the video eventually faded from my mind.

» The Counter-Currents Newsletter, May 2019