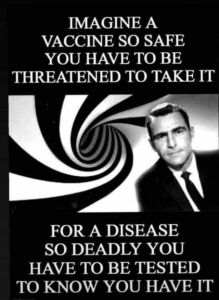 What’s the deal with the Wuhanic Plague? There’s a lot more going on than medical and scientific concerns. Occasionally diseases do get political attention, such as AIDS. However, not even four decades of HIV have added up to the hype surrounding COVID-19 over the last two years. Just for beginners, did we have worldwide lockdowns over the AIDS epidemic?

The Unfathomable Sadness of Keyboard Sadism »