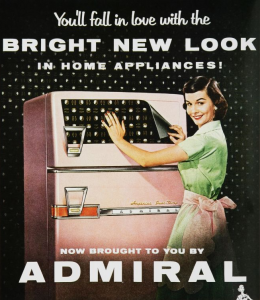 Imagine going back in time to the 1500s. You can only take one technology with you: the freezer. For the purpose of this thought experiment, we will pretend you’ve also got a way to power it. Now imagine you show the freezer to some peasants in a village. At first, they will probably be most interested in its craftsmanship. They’ve never seen such perfectly smooth metal, the astoundingly high-quality hinge, and the interior of the box magically lights up when opened. But after their initial fascination, their interest would wear off. It’s just a fancy box. Maybe a wealthy nobleman would want it, but why should peasants care about it? At this point you explain to them that it can be used to freeze food, preventing rot and flies. Now the villagers can skip the whole process of salting and drying meat. They can also enjoy fruits and veggies in winter, and even freeze entire meals for eating at a later date. Suddenly the box becomes several orders of magnitude more valuable. Everybody wants one.

Bitcoin is a similar technology. The token itself is basically worthless — just an empty box. But when you store value in it, it reveals its astounding ability to preserve capital through space and time. It does this by guaranteeing something no prior money was able to: that your investment can never be diluted. Before Bitcoin was invented, all money was subject to dilution, either through inflation, or in the case of gold, via mining and mixing with other metals. There is no way to know the maximum number of dollars that will ever exist. Central banks have no stricture on how many units of their currency they can produce. Similarly, we can’t know the total amount of gold in the world today, or how much gold will exist in the future. This makes gold and fiat relatively opaque.

Contrast this with Bitcoin’s very specific 21 million coin limit, and the fact it’s impossible to melt Bitcoin down and mix it with another cryptocurrency. You’ll never see a Bitcoin-Dogecoin alloy. You can’t shave a Bitcoin’s edges. Based on these facts, it’s safe to say that Bitcoin is the world’s most precise and predictable money. It is the easiest asset to validate, assay, count, audit, etc. As such, it is the most pristine collateral imaginable. For those not familiar with finance, this means Bitcoin is uniquely positioned to become an asset worth more than $10 trillion globally, ten times what it is currently worth. And that’s a conservative estimate, because it doesn’t include the $85 trillion global M2 money supply. We are dealing with a level of scarcity that has never before existed in human history. Traditional financial institutions are just starting to catch onto this, hence the recent price increase and large purchases of BTC by MicroStrategy, Tesla, Blackrock, and others. Many other large financial institutions and corporations will likely announce they’ve purchased BTC in the coming months. We may also finally see the approval of an American Bitcoin ETF (Canada’s Bitcoin ETF already opened for trading last week).

Back in early 2019, I wrote an article for Counter-Currents explaining the merits of buying and holding Bitcoin as an investment. At that time, it was trading for around $8,000. Today it is around $50,000. Smart readers who followed my suggestions have done very well for themselves. But I want to emphasize that if you haven’t bought Bitcoin yet, you aren’t too late. There is still a massive amount of room for growth in the next 5 to 10 years. I implore everyone to read my original article if you are just getting started. I have also written an article with some more details about how to buy your first Bitcoins, and some of the pitfalls to avoid. There is a bit of a learning curve, but if you join my Telegram channel or post your questions here I will attempt to answer them all.

I have encountered a good deal of skepticism about Bitcoin from people in the Dissident Right, and that was to be expected. Many people cite the possibility of “the power going out,” or a sudden government crackdown, or quantum computers destroying the network. Each of these questions has been asked and answered hundreds of times over the years, so I don’t want to get into the details here. I may save that for a future piece. The same skeptics will suggest we invest in physical assets like farmland or gold. I call this “Mad Max investing” because you are assuming civilization will crumble. But I could just as easily play the “what if?” game and point out that the government can easily confiscate your farm, bomb your house, and find your buried gold with a metal detector. Some initial skepticism is good, but everyone should pay attention to the fact that the skeptics have been consistently wrong about Bitcoin for over a decade now. Why do you think they’ll be right this time? Especially now that multiple publicly traded corporations are starting to buy billions of dollars’ worth of BTC, and American banks have been granted legal and regulatory approval to custody it? Betting against Bitcoin growing from here is frankly bizarre. It’s like betting against Amazon in 1999, or Apple right after Steve Jobs announced the iPod.

The traditional financial system, the very system that punishes white advocates, is currently finding itself painted into a corner. They have nobody to blame but themselves. For decades now they have used cheap credit to paper over their disastrous importation of low IQ cheap labor. The cost of living in this environment is compounding faster than young people can get their 3rd college degree. Standing out from the crowd doesn’t even matter for white men, because they are intentionally pushed aside to employ more unqualified women and nonwhites. I am hopeful that Bitcoin will force a change. Now that we have a way to save money that can’t be gamed, we can begin to make real progress in fleshing out our own economy. The transitional period between the old system and the new Bitcoin-based economy is a time of opportunity that only comes about once or twice in a lifetime. It would be a shame if we let it pass us by.

Spencer Quinn’s two-part piece on “Weaponizing Money” (Part 1 here, Part 2 here) puts into words what I’ve been thinking for a while now — the pro-white sphere must build a war chest if we are to be taken seriously in politics. I believe Bitcoin is the key part of that equation, particularly while it is still in the process of growing rapidly. But even after Bitcoin is finished filling out, we need to form investment clubs where white men can gather to discuss business ideas, educate one another on investing, help each other find jobs, assist young white families who may need small loans, etc.

Saving and investing are noble activities, and a hard money like Bitcoin helps incentivize that.

« The Life of the Party