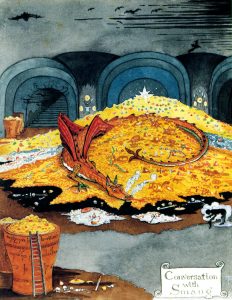 Last May, I wrote an essay entitled “Weaponizing Money.” In it, I argue that racially conscious whites should act with urgency when it comes to money, and earn as much of it as possible. I dispel any notion that this is selling out — as long as the money can somehow contribute to the cause and not a person’s expensive lifestyle. I also argue that it is possible to make a lot of money and still be passionate about what you do. Any white person supporting white advocacy should, at a minimum, accustom themselves to living as cheaply as is reasonably possible and being as generous as reasonably possible.

This was more of a high-concept article which, beyond suggesting a general form of lawfare against our enemies, was short on actual ideas. How does one (or many) weaponize their money? I was hoping that some of our people who understand finance would read the article and come up with ideas of their own.

Well, the events of the past couple of weeks involving GameStop have shown that some of our people have come up with a way to weaponize money (whether or not they had read my article remains to be seen). Karl Thorburn offers a great rundown of the events. The TV Guide summary goes as follows:

Now, as far as I understand it, this was more like an encounter battle than a planned attack. In military parlance, encounter battles occur when opposing armies are unaware of their proximity to each other until it’s too late not to engage in battle. In this case, the white investors, who were part of a Reddit community, first saw that GameStop might have been a good bet. But after they realized that they were spoiling a rather foolhardy short set up by hedge funds like Melvin Capital, they pounced, gobbling up as many shares as they could just to watch the hedge funds suffer. It was pure spite, and it was beautiful.

Now, what if the next time something like this happens, it’s not an encounter battle but a deliberate ambush? What if we had a handful of knowledgeable people working together whose very purpose is to ruthlessly yet legally target vulnerable enemy actors one at a time? What if such people had a decent-sized war chest at their disposal as well a thousand or so dedicated supporters willing to part with a few bucks every month just to keep the operation going?

Wouldn’t that be something.

I cannot say I know a whole lot about the stock market, but it seems reasonable to presume that if something like the GameStop short squeeze could happen at the spur of the moment, then something similar could happen by design. Why not?

And if there is no good reason why not, then I cannot see any reason why market-savvy dissidents should not organize to make the world of finance less lucrative for our enemies. Perhaps some of our more well-known dissidents can establish a network for these people and help them raise money. That is, weaponized money — money invested with the primary purpose not of enriching ourselves but of harming our adversaries. How many people reading this article would be willing to part with $100 per month if it would help push Democrat Party billionaire donors towards bankruptcy?

This seems to be a better alternative than litigation. Litigation, as we all know, relies on judges. And judges, as we all know, are members of the elite and are corruptible. The fact the Supreme Court, with three Trump appointees, refused to even hear President Trump’s case while he was still in office should shatter whatever faith we had left in our judiciary. But if that isn’t enough, consider the following:

As much as I am rooting for Glen Allen and his suit against the Southern Poverty Law Center, I am not exactly hopeful that he will prevail. His suit is extremely expensive, his enemies are much better funded than he is, and they know how to drag the process out indefinitely. It’s already been over two years since Allen filed suit, and the process is still ongoing.

Most convincingly for me, however, was Jared Taylor’s tactical retreat in his recent lawsuit against Twitter. In December 2017, Twitter had permanently banned his and American Renaissance’s Twitter accounts without warning or explanation. Taylor then took Twitter to court, claiming censorship and violation of California’s Unfair Competition Law (UCL). Despite having gained the sympathy of Judge Harold Kahn in the Superior Court of California, who initially ordered the case to proceed, an unusual tactic employed by Twitter forced Kahn to throw the suit out.

What then happened baffled both our legal team and Judge Kahn. Ordinarily, when a judge orders a case to move forward, the defendant — in this case, Twitter — has no choice but to fight it out. If it loses, it can appeal. Instead, Twitter petitioned the California Court of Appeal for a writ of mandate and immediate review, something so unusual it left even our appellate practice lawyers scratching their heads. Twitter claimed that, win or lose, merely to have to face a suit of this kind would cause it irreparable damage. Twitter persuaded Facebook, Google, Reddit, Snap (Snapchat), TripAdvisor, Yelp, and others to file a joint brief, agreeing with Twitter that letting our suit go forward would “open a Pandora’s box of litigation burdens and claims of liability against providers.”

The California Court of Appeal didn’t even give our lawyers a chance to reply. It issued a ruling “commanding” Judge Kahn to reverse his original finding that we had a valid case against Twitter based on California’s Unfair Competition Law. When a superior court orders a trial judge to reverse himself, he doesn’t have much choice, and Judge Kahn did as he was told. Our lawyers asked him to reconsider, but on March 8, 2019, he issued his final ruling, in which he threw out our UCL grounds for suing Twitter.

So, basically, the California Court of Appeal sacrificed truth and justice because Big Tech told them to. If the Taylor suit had continued, it would have unleashed so much litigation against Big Tech that soon there would have been no more Big Tech. They are guilty, after all. On an even playing field against someone like Jared Taylor, they would lose. But, oligarchs being oligarchs, they manipulated the courts to protect their interests.

Not that we should completely abandon people like Glen Allen and others who are suing evil institutions like the SPLC. But why should dissidents throw good money after bad when the judicial system is so clearly rigged against us?

The stock market, on the other hand, is more like the Wild West — it’s further removed from the black-robed mafia of our judiciary, and whoever has a quick draw will likely draw blood. Yes, our elites can change the rules to suit them when it suits them, but this will force them to scramble and could make the system more unwieldly and less profitable for our enemies. Further, by being entirely invested in the stock market, they have a lot more to lose than we do. All of this we could exploit if we work together.

One final thought about weaponizing money — it’s not a new thing. Jews have been doing it for centuries. What was known as the kahal in Eastern Europe around two hundred years ago was a formal Jewish sub-government, through which Jews could govern their affairs beyond the reaches of gentile state control. This included separate courts, laws, and tax collection. Most notoriously, however, the kahal was the weapon Jews employed to ensure economic dominance over gentiles — to ruin their gentile competitors, essentially. The kahal collected communal funds from individual Jews, and then would use these funds to support Jewish merchants as they were attempting to undersell their gentile counterparts. These gentiles, of course, had no such advantage and would soon be run out of business. [1]

When this sort of thing happens often enough, and over a long enough period of time, it should come as no surprise to find Jews dominating many financial institutions today, including the stock market.

I understand that this is an insidious and dishonorable form of warfare. Sides are not wearing uniforms and declaring themselves for this nation or that. Men are not contesting a piece of land like proper soldiers. This kind of fighting is not honest. It’s akin to slipping poison into an enemy’s coffee rather than challenging him to a duel. But this is the war the Jews have been waging for a very long time, and they are quite good at it. Their success proves it.

Sadly, the only way for whites to be able to resist and ultimately regain control over our own nations is by beating the Jews at their own game. We need to join forces, get organized, and weaponize our money.

[1] I have two sources regarding this nefarious use of the kahal.

1. Flanking the Romanian either with one or two Jewish merchants.

2. Selling merchandise below cost, the loss being made up by special funds given by the Kahal. This is how Romanian merchants were ruined one by one.

To these can be added:

(a) The commercial superiority of the Jew, resulting from a commercial practice much older than that of the Romanian.

(b) The Jew’s superiority competing under the Kahal’s protection. The Romanian enjoys no protection from the Romanian state but only miseries imposed by the local authorities corrupted by the Jews. The Romanian does not fight the next door Jew but the Kahal, and that is why one readily understands that the individual will be crushed if he fights the coalition.[/ind]

Another recurrent theme in Russian discussions was the supposed continuation of this formal communal leadership, the kahal, abolished in 1844, as an illegal underground structure. Judeophobe commentators claimed that Jews raised petty trade, middleman activity, usury and tavern-keeping, seen as quintessentially parasitic forms of living at the expense of others, to art forms. In this perspective, it was the mutual support provided by the kahal that ensured that Jews were more than a match for any competitor, even the arch-exploiter of the Russian village, the kulak.