The One Perversion That Can’t Be Normalized 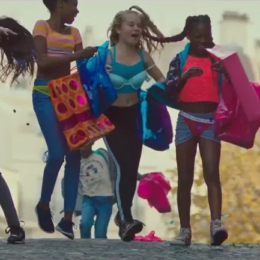 Netflix thinks pimping preteens is a great way to market its new movie Cuties. The French film follows a dance troupe of 11-year-old girls who discover their “femininity.” Netflix advertised the film with images of the girls in suggestive outfits, which inevitably drew a public backlash. The streaming giant apologized for the advertisements but is still going ahead with the film’s planned September 9 release.

Conservative commentators see Cuties as further evidence liberal elites want to normalize pedophilia. Why else would they sexualize 11-year-olds?

Disregarding this one example, most evidence shows that pedophilia will remain a disgusting taboo in our society. Child sexual abuse is too odious to be normalized.

Our society celebrates homosexuality, transvestitism, polyamory, and plenty of other deviant behavior. But pedophilia is not likely to be next. It violates both traditional and contemporary values. It’s a gross violation of consent, it’s a twisted power dynamic, it hurts the most vulnerable in our society, and it upsets basic social standards. Pedophile normalizers — who call themselves “Minor Attracted Persons” (MAPs) — aren’t effective at appealing to the present zeitgeist. They claim that their deviance is just a sexual orientation, but that appeal finds few listeners. Most people recognize minors cannot credibly consent in this situation and they still see pedophilia as a perversion.

In many ways, there is more social revulsion for pedophilia than in earlier years. Since we’re no longer able to express disgust over homosexuality, transgenders, or other strange behaviors, it’s all directed to the one thing we can still hate without losing our jobs: pedophilia. Anti-pedophilia animates much of the social and political discourse today. Both sides regularly accuse each other of being pedophiles or pedophile enablers. QAnon, the most popular conspiracy theory since 9/11 truth, is fixated on pedophiles. The similarly-related Pizzagate also shared this fixation. The Jeffrey Epstein case reached normies and has convinced many of them that our elites are all pedophiles. Both the Right and the Left weaponized Epstein to accuse each other of being the real pederasts.

The American Right is particularly focused on this deviance. QAnon is a popular phenomenon among the Trump base, and for good reason. QAnon adherents imagine their hero Donald J. Trump is doing way more than meets the eye. He’s waging a secret crusade against the deep state and has won many victories that the media didn’t even report. This deep state is not merely composed of bad liberals who want open borders and globalized government — they’re Satanic pedophiles who devour children. Literally.

QAnon is appealing because it gives an action thriller plot to otherwise comedic administration. It offers an apocalyptic story of good vs. evil where the very fate of the Earth hangs in the balance. It also provides a strong moral argument for Trump: he’s the only one who will stop the Satanic pedophiles.

QAnoners may believe every insane thing they read on the internet, but they do know how to pitch their message. Several QAnon-affiliated events call themselves “Save Our Children” rallies. It’s an effective slogan that forces their doubters to answer why they don’t want to save the children. It’s exactly how Black Lives Matter operates. If you say you oppose Black Lives Matter, BLM supporters will say you don’t believe black lives matter. The same can be played out with Save Our Children.

The QAnon movement largely avoids accusations of racism, anti-Semitism, and other bigotries, which hilariously makes it more acceptable than the alt-right. You can believe the world is run by satanic pedophile cannibals, so long as you don’t believe they’re Jews. QAnon attracts a surprisingly diverse crowd, as evinced by some of the rallies they’ve hosted. People really want to believe our elites are pedophiles and they’re preying on our kids.

Jeffrey Epstein solidified this notion among normies. The man who seemingly got away with child sex trafficking confirmed many people’s suspicions that those in power like to screw kids. Epstein’s mysterious death provoked widespread speculation that the powers that be snuffed out the billionaire pederast to keep him from talking. Nobody made the argument that there was nothing wrong with Epstein and his pals having sex with underage girls. There was no normalization of pedophilia in the Epstein story, nobody saying the girls were close enough to the age of consent, and no defense of Epstein’s deviance as a harmless kink. Everyone agreed what he did was wrong, with many envisioning this vile man raping eight-year-olds. (Most of Epstein’s victims were teenage girls.)

Pedophiles are the one group we can all hate and wish violence upon. You can see this in the popularity of “kill your local pedophile” memes on the Right. Saying this about any other group would get you banned from social media and possibly arrested by police. But people feel safe that they can share such a message and not offend too many people or cause the police to raid their home. It’s not a particularly edgy message — it’s equivalent to saying “exterminate cancer.” Everyone agrees pedophiles are bad and agrees the message doesn’t actually contain a real threat of violence. It’s just empty social media boasting.

Right-wingers directing their anger towards pedophiles further evinces how pedophiles are the one group worthy of hate it’s safe to hate.

The Left, which is often accused of normalizing pedophilia, still views the practice with disgust. They are also trying to create a broader definition of pedophilia that includes older men dating women in their 20s. Public figures like Zach Braff and Elon Musk are regularly described as pedophiles for dating women in their 20s. This accusation is launched primarily by older women who are angry men their age won’t date them. They create an insane argument where women in their 20s cannot give proper consent to older men and these older men are predators for doing what men have done since the dawn of time. It’s a technique for policing the sexual marketplace. If pedophilia was becoming normalized, there would be a celebration of men dating younger women and arguments that these women can make their own decisions. Instead, these younger women are imagined to be children and it’s gross to date them. Pedophile accusations still hold weight even on the side that celebrates a diverse array of sexual perversions.

The slippery slope will lead to many horrors, but the normalization of pederasty is thankfully not one of them. It’s the only thing the Right is allowed to hate, and the Left needs it to remain a deviance to support their conceptions of consent and the sexual market value of older women. The Left also doesn’t want to sully gays and other protected classes with the pedophile association. They know it’s politically stupid to support changes to age of consent laws — libertarians are a different matter, however.

Hating pedophiles is just the one thing that unites Americans.