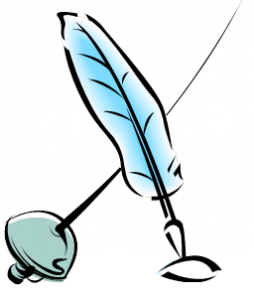 I stood in the dim hallway, surrounded by police, hands up, being frisked, facing a barrage of questions. It was immediately apparent that somebody had called the police and made false accusations as a response to my writings — maybe more accurately, the nature of my writings. As thoughts raced through my mind, the loudest one was most certainly, “Is this really all worth it?”

To answer that question, I had to think back a bit earlier, to my teenage years.

My dad has a friend who works at the hardware store in our small, white, mostly rural, lovely little town. When I was in my late teens, my dad’s friend told us a rather disturbing story. Nothing short of a nightmare.

He didn’t have much money, his wife was sick, and they were raising their granddaughter. The granddaughter was a few years younger than me, a junior in high school if I recall. Her mom didn’t raise her, as she was addicted to heroin and opioids, and was in and out of the girls’ life. She was quite a pretty girl.

The girl was enrolled in high school in our nice white town, but for some reason, some of the students who were expelled from the public school system in the larger city about thirty minutes away were being sent to this rural school for a “second chance” program, or other such contrivance, instead of prison, where they likely belonged. Essentially, they were sent to terrorize white kids at a “better” (whiter) school in the hope it would magically transform these degenerates into functioning members of society.

This girl was rather shy. She herself had just changed schools, so she still had very few friends. She was befriended by a girl who was friends with many of the recently expelled students, most of whom were black, and had started school at around the same time.

The girl’s new “friend” invited her to a party. She never got invited to parties, and was thrilled. The girl went to the “party” and ended up being gang-raped by four or five blacks. She walked home several miles in the dark. Of course, nobody would give her a ride, and they stole her cell phone, ensuring she was unable to call her grandpa for help. The girls’ grandmother was so crushed by this event that she died shortly afterwards.

I never told anybody this story. I always found it too sickening to relate. It was probably my first real-life encounter with the destruction that non-whites bring to our communities. Their mere existence among us is terrorism. And it was all facilitated by the hostile tribe that fought for forced housing and school integration. But for these groups of racial aliens, that girl would not have suffered such a fate. If white people had a country of our own, this would not have happened.

I never found out what happened to the girl after all this. But I still think about her from time to time when I have second thoughts about this movement. It was probably a factor in deciding to be more public and to commit fully to this metapolitical project of ours. When I look back and ask myself, “Why do I write?” I think about that girl: about how her mom was taken from her by an evil family of drug pushers. How she was placed in horrific danger due to desegregation. How the lying press never found her story compelling. How the townspeople had any sense of justice flogged out of them by decades of indoctrination. Nearly everybody around her failed that girl.

I have often asked myself that question over the years.

When I look back on the path that led me here, it became rather apparent that I never really had a choice. Sooner or later, I was going to enter this fray. This story, and ones like it, bothered me far too much. But frankly I hoped I could avoid this fight. I hoped that I might be able to find some reprieve or solace far away in the countryside. Or that perhaps, through education or diligence or status, I could insulate myself from the fate that awaits all white people in the end, unless we change this system.

But I did drag my feet. I’m perhaps one of the most reluctant haters of all time. At some point, though, I had to face the fact that there was no other path for me to take. No way to go back. I had already seen too much and would never be the same, anyway. There was no way to go around. I could never live with myself knowing I opted out of what may very well be the most important fight in our history. The only way out is through.

So now I walk the same path that led to every revolution and every fundamental social transformation in history. None of these things happen due to sudden acts of violence out of the blue. They only happen after men look into the heavens and dream of something marvelous. Things only ever change after somebody takes the time to lay the groundwork for something magnificent and shows their people that there is a better way.

I suppose I always wanted to be a writer. It always had a romantic allure: waking up late after having burnt the midnight oil getting the last thoughts out of my mind so I could finally sleep. Getting coffee and crafting the next story while meandering along the boulevard. Turning blood into ink.

But why write about these issues? Why write about things so grim and contentious that I end up losing friends and having the police called on me? I’m certain I could just as well make my bones as a literary critic, and perhaps write about film theory, and perhaps see my name appear in Rolling Stone. Why, of all things, this?

Because at the end of the day, the world has enough self-righteous pretenders writing about things that don’t matter. Nobody who writes for the mainstream media will ever change history for the better. They build statues of men like Thomas Paine, but not like Chuck Klosterman, for a reason. Thought criminals are often the most feared and loved figures in a society. For good reason.

As Aleksandr Solzhenitsyn said, “For a country to have a great writer is like having a second government. That is why no regime has ever loved great writers, only minor ones.”

I write because I have noticed things that others seem to have missed. I write because, after scouring books and articles and social media, there were ideas that got stuck in my mind that I needed to get out. I write because there are things nobody else was going to say. I write because, for the time being, I have a pen, not a rocket launcher, and it’s the best way to attack this entire rotten system that has been mobilized against us.

This is not the fate any of us chose. But we do have the choice of what we do from here. And either way, that choice will go down in history. We can be remembered, perhaps by Chinese historians, as history’s most momentous cowards — or we can be remembered by our own posterity as men who gallantly stood against the greatest evil in history and gave our people a future again.