Why I Write, Part II: Farewell to My Friend Robin 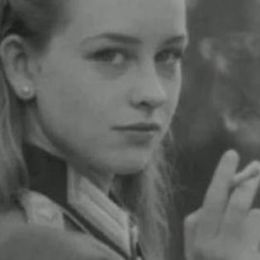 Earlier this week, I woke to devastating news: A longtime friend of mine, Robin, whom I had met while I was an undergrad — at the same time that I first began writing things that would eventually find their way to Counter-Currents — had passed away. My old friend’s son contacted me by phone and informed me that she had left us a few days before, and that he had wanted to let me know since she’d mentioned our friendship to him previously.

He also told me that I had been one of her best friends online — we never met in person — and thanked me for being one. He said that my mentioning of her stories in my “Confessions of a Mall Rat” article and thanking her in its notes was very special to her, and that having someone like me who shared her views was a great comfort to her over the years. He then once again thanked me for my friendship with her.

Later, in the evening, I learned that there would be a memorial service the following afternoon. I booked the next flight to where it was going to be held, some 600 miles away, taking off some eight hours after I found out about it. Arriving having had no sleep and being quite distraught, I took an Uber from the airport to a mall Robin had visited from time to time, one we had spoken about in our many conversations, when we had talked of malls as a microcosm for the larger society and often a symbol of decay. Without dwelling on its details, it was a fabulous mall, with more security than I have ever seen anywhere in my life. It was the quintessential American experience: beautiful boutiques enveloped by armed guards to ensure that both shoppers and stores are not looted by the city’s omnipresent diversity.

I found a hotel not far from the funeral home, checked in, showered, changed, and then proceeded to where I would say my last goodbye to a dear friend. It was a picturesque building in a more rural suburb, surrounded by lush greenery. I paused before walking in. The moment felt surreal. Greeted by the funeral directors, I was ushered in to Robin’s service. A lovely photo of her was on display on a table outside the room, along with her memorial program. Inside I found dozens of photos, beautiful flower arrangements, and many books she had loved.

From the photos I quickly discerned which man in the room was her son, the one who had given me the somber news the previous day. As I approached, we both knew who the other was. I tried to tell him how much his mother had meant to our community as a whole and to me personally, but I struggled to get the words out without choking up. Her son thanked me for coming and expressed that it told volumes about our friendship over the years that I would “drop everything and fly out with almost no notice.” We hugged and I told him that his mother had been loved by many thousands of people in our cultural and political milieu. He did not know much about that side of his mother from what I could tell, but wasn’t repelled by it, either. After all, he had invited me, despite knowing of my writings and what they had meant to Robin.

I stayed for a while, looking at each photo and book with care. I found it hard to believe that one of the closest friends I’ve met throughout my time writing, as well as in my life, was gone. She had always been one of my biggest supporters; possibly one of the few people who has read every word I have published.

As I prepared to leave, I thanked her son again for letting me know of her passing and inviting me to the service. He thanked me for coming and again mentioned how important it was to his mother that she had had somebody to relate to and talk with, and that it had been “a great comfort to her over the years” having me as a friend.

Robin did not get to be very old; she was only 55, taken far too young. She truly meant the world to me, and it was evident from the memorial service that she had lived life in a way in which she was always true to herself and her views. I fear she is among a dying breed.

Time rolls on in the most brutal ways. Another friend of mine is gone — another sterling member of our beloved people. Our friendship was resolute, and I only wish I had known her even more in life. I am beyond thankful that I could say goodbye one last time to my dear friend.

Years ago, I wrote of a horrific crime in my small town that eventually led me down a road that turned me into a grim man with a hardened heart — hard enough to confront any challenge to my views, which are often viewed as quite harsh. The answer to “why I write” back then was that there are people who have no voice but who desperately need somebody to give them one. There are people who will not have their stories told otherwise, and there are those who need to know there are others out there who think and feel as they do. My hope then was that through writing, I might be able to change things.

Despondent and inconsolable, I’ve found a new meaning and more profound answer to the question of “why I write.” I set out hoping I might change the world into something better, reflecting the desires of my people. Some years later, as a far grimmer man, I question if changing the world is possible. The best we can do might be to endure and struggle in the ruins. And if that’s the case, there is still a reason to write.

As I grew grimmer and more distant, I became disillusioned in my work, often flirting with a dangerous nihilism and despair about everything. Seeing the messages from Robin’s son changed all of that, however. Over the years, what I’ve written meant more to Robin — really to anybody — than I ever thought possible. She gave me a new outlook and comfort — a new outlook that had been missing for years.

And a comfort I have been trying to find. I have reread many of our old conversations. She always told me that the stories I was writing mattered, and she was often moved to tears seeing them put in a way that resonated so deeply with her.

These issues are not merely academic, theoretical, or philosophical. They are intimately real and directly attached to people in my life who I care about and love. I might be able to make these people a bit happier and provide a bit of comfort, even if only for fleeting moments, by letting them know that there is somebody else out there who cares.

Robin once said to me, “You know, sometimes it may seem like we’re small in numbers . . . that we’re on an island alone. Perhaps this is a sign . . . that we’re not alone. That there are many more people who ache the way we ache and who grieve for the same things we grieve for.”

One of the sweetest and most effortlessly elegant people I’ve ever known, Robin was always somebody I spoke to about ideas, and she was a source of endless encouragement to me over our time as friends. I learned much from her in life and now in death. I am truly heartbroken, and I left the city with a sense of sorrow and emptiness. As always, I will force a smile and continue on, as Robin would most certainly have wanted. In the end, it is these fleeting moments that define our entire lives.

Goodbye, my dear friend. You are gone and missed terribly, but you will never be forgotten.[1]

[1] Robin was a fixture in our community for many years. She had one of the largest Twitter followings of anybody in our milieu that I knew — over 50,000. Most knew her as “Grand Duchess.” Rest in peace.

« Put Many Tools into the Toolbox