Fundraiser UpdateHappy Birthday to Us! 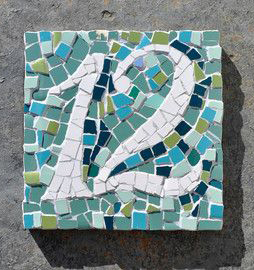 From the start, Counter-Currents aimed at creating an Anglophone version of the European New Right, but since English is now the lingua franca, our audience has always been global. Our aim is to promote the metapolitical conditions for white identity politics around the world.

Counter-Currents is about everything, from a white point of view. We believe that race-conscious whites are the legitimate heirs of European culture and the legitimate representatives of our race’s interests in the political realm. Thus our field of combat is culture, history, and fundamental ideas, which we bring to bear on the crises of our times.

It feels like I was writing about our eleventh birthday just the other day. Maybe it is just me, but it seems like time is accelerating. The last twelve years have been a time of enormous growth and opportunities. There’s no question that white identity politics is on the rise.

The Left and the fake opposition, of course, are apoplectic. But their efforts at censoring, containing, and diverting us have failed to stop the spread of our ideas. It must feel bad to control all the leading institutions of society and to still be losing this badly.

Now that the backlash is here, they are unable to stop it, because they are unable to stop themselves. Their response to rising awareness of the Great Replacement is simply to accelerate the Great Replacement. But that is merely accelerating the backlash. You can’t operate a car without brakes. The same goes for politics. But for the Left, it is pedal to the metal, to the end.

This won’t end well . . . for them. But our people will crawl out of the globalist wreckage and start white civilization anew, and our movement will be there to remember and avoid the previous mistakes. Counter-Currents, and the best of our movement, are in this for the long haul. Our plans are measured in centuries, so we need to build institutions that will last for centuries.

Toward that end, since the beginning of 2021, Counter-Currents has made a number of important improvements:

But it all depends upon you, dear reader. Counter-Currents, like all advocates of dissident ideas, depends upon the generosity of readers like you to survive and thrive. If you are a past donor, welcome back. If you are contemplating making your first donation, do it in thanks to the past donors that made it possible for you to find Counter-Currents, and pay it forward so others can experience the same delight in discovery.

Counter-Currents is trying to raise $300,000 this year to sustain and improve our work. We started our fundraiser on March 10th, almost exactly three months ago, and we are already almost a third of the way there, with a total of $93,443.63. Thank you!

To celebrate Year Twelve, we have some new incentives to give, in the form of monthly Giving Circles.

1. Paywall Insider: for $10/month you will have access to our Paywall, which has three benefits:

2. The 1492 Society, named for a pivotal year in white history, the completion of Spain’s Reconquista and the discovery of the New World: for $100/month you will receive:

3. The 1683 Society, named for another pivotal year in white history, the breaking of the Siege of Vienna, which began the rollback of the Ottoman Empire in Europe: for $250/month you will receive:

4. The 1790 Society, named for the first United States Naturalization Act, which opened citizenship only to white people of good character: for $500/month you will receive:

5. The Medici Circle, named for the great Florentine patrons of art and culture, the godfathers of the European Renaissance: for $1000/month or more, you will receive:

Just grab your checkbook and fill out this E-check form:


And remember, you can use this E-check form to create your own monthly donation amount as well.

For other ways to donate, check out our Donate page or contact [email protected].