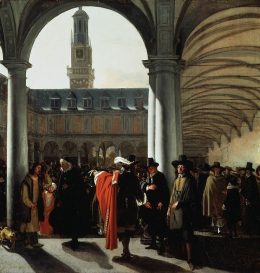 Like many people in the Dissident Right, I have been following the GameStop short squeeze with feelings of excitement and enthusiasm. I haven’t felt this excited about current events since Trump’s 2016 presidential campaign. While I have always enjoyed movies about the stock market, I never thought that a bunch of gamers would be able to beat the financial elite at their own game. This last week restored my faith that white men could rally behind a great cause and give the middle finger to the financial system.

Video games have been a large part of my life. Whether I was playing console games like Final Fantasy or computer games like Baldur’s Gate, I always enjoyed immersing myself in an open-ended world that revolved around me as the hero. My passion for video games helped me build a career in the video game industry. Before I was a contract translator or software tester, I worked during high school at the video game store at the mall. Like many other retail companies throughout the US, my company was acquired and consolidated into GameStop.

GameStop became the place in nearly every shopping center where you could trade in your used games and consoles for newer ones. This business model worked great until high-speed internet connections allowed people to download the newest video games at home. Thus, GameStop’s profits slowly decreased and the company had to start shutting down certain stores. Within the last two years, GameStop announced that they would be transitioning towards merchandise and subscription services. Nevertheless, these announcements would not stop hedge funds from attempting to short GameStop stock. Thanks to the active community on Reddit’s WallStreetBets, these hedge funds would be beaten at their own game.

To counter the hedge funds, the Reddit investors bought stock in GameStop and refused to sell their shares. GameStop stock value went from $5 to over $500. The hedge funds that had been short selling GameStop shares were forced to buy these shares back at much higher prices. Melvin Capitol lost millions of dollars and over 33 percent of its value. But by January 28th, Brokerage firms like Robinhood, TD Ameritrade, and Webull stopped the trading of GameStop and other related stocks favored by the Reddit investors.

This led to widespread outrage and criticism by investors, politicians, and celebrities. Despite claims of re-opening these stocks for purchase, these platforms betrayed their clients and have already been experiencing an exodus in users. There have also been rumors that the financial elite will try to stop any future actions by these Reddit investors. Regardless, the damage has been done and a new generation of disenfranchised white men have shocked the system with their memes and wallets.

Watching hedge funds lose money reminds me of the excitement I felt when Trump began talking about building a wall, imposing a Muslim ban, and bringing manufacturing jobs back to America. Experiencing the memes and message boards in WallStreetBets was like discovering Red Ice and Millennial Woes on YouTube back in 2015. Many of these investors are our guys. They share our memes, our slang, and our humor. Most importantly, they are uniting for a common cause and they are helping each other out. When certain Reddit investors were tempted to sell, they received messages of support and encouragement to hold onto the stock for a greater cause. This kind of unity is something that you would only expect to see in a TV show or movie.

One of my favorite movies growing up was Wall Street. As a kid, I only had a vague understanding of the plot, but I was greatly intrigued by Gordon Gekko. From quoting Sun Tzu’s The Art of War to giving a speech on how “greed is good,” Gekko is the epitome of 80s capitalism. Gekko was a composite character based on several famous investors and Wall Street personalities like Ivan Boesky, Dennis Levine, and Michael Milken. Some of these individuals were convicted of insider trading but were only given monetary fines.

Another film based on these characters and crimes is Boiler Room. Although not as memorable as Wall Street, Boiler Room follows Seth Davis (Giovanni Ribisi) as he joins a shady brokerage firm engaged in “pump and dump” stock fraud. The film gives a unique insight into the questionable sales tactics and outright lies that are told to potential clients. These tactics would also be depicted in Martin Scorsese’s The Wolf of Wall Street. While many people in our community find this movie distasteful, I recommend watching The Wolf of Wall Street as it openly depicts how certain people are willing to destroy the lives of others just to get richer. These people also end up destroying the system they profit from.

Margin Call and The Big Short are two films that attempt to give an accurate account of the financial crisis that occurred during 2007 and 2008. Margin Call follows a group of employees at an unnamed Wall Street investment bank during the initial stages of the 2007 financial crisis. Although the film never mentions the bank’s name, the plot is based on a few employees from Goldman Sachs and Lehman Brothers who started to see the increasing risks attached to their mortgage-based assets. On the flip side, The Big Short follows three different groups of investors who decide to bet against the mortgage and housing bubble in the US. One of these investors is Michael Burry, the manager of a hedge fund called Scion Capital. Despite initial complaints and lawsuits from his investors for betting against mortgage securities, Burry eventually earned over 2 billion dollars for his investors before he was forced to close his hedge fund.

Burry recently got back into investments and purchased a large portion of GameStop stock back in 2019. He commented on the recent GameStop short squeeze by making a comparison to Iomega, a disk-drive company whose stock increased 2000 percent in 1995. Iomega investors identified themselves as “Iomegans” and ignored all the warnings and criticism about the company. Within two years, Iomega’s stock plummeted, and their investors lost millions. Iomega’s downfall and the various movies about the stock market remind us that in the end, every investment is a gamble. As the old proverb explains, a man should only invest what he can afford to lose.

The path for men in society used to be a safe bet. A man would find a job after school, get his own place, start a family, and live happily ever. But that path is not an option for many men today. Career stability rarely exists, and most companies can fire you or end your contract for any reason. Instead of being able to afford your own place, most men have to live with roommates or move back in with their parents. If a man finds a woman to date, she will most likely be a divorced single mom that proclaims “my kids come first” on each of her social media profiles. It should then come as no surprise that certain men are choosing to invest their time in video games instead of women and careers. At least in video games, these men can experience the feeling of being a hero.

Yet for the first time in their lives, many of these Reddit investors became the heroes in real life. They were able to rally together and trick the tricksters at their own game. They also stood up and defended a company that was apart of their childhood and saved thousands of jobs in the process. While some have made a profit, many of these Reddit warriors made small financial investments as a symbol of their individual and collective power. Whether GameStop stock goes up or down in the future does not really matter. What matters is that thousands of white men have taken an interest in the financial market and have united to make their voices heard. I hope they continue leveling up to beat the system and save the day. That story would make a great stock-market film.

During high school, I would drive to my after-school job at the local video game store while listening to Iced Earth’s Alive in Athens. Almost two decades later, Iced Earth and GameStop were in the headlines for reasons I would have never imagined. Jon Schaffer was a guitar hero to me then and he is an even greater hero today. The Reddit investors are also heroes. They showed that white men could unite for a common cause and change the world. With any luck, they can use this experience to network, build connections, and form their own investment firms. If most battles are won before they start, then the GameStop short squeeze is a good sign of things to come. Greed might be good, but victory is better. 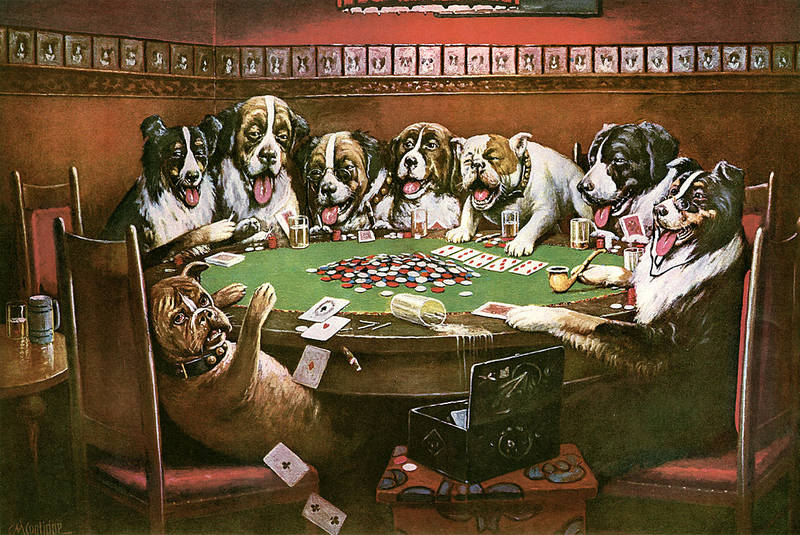