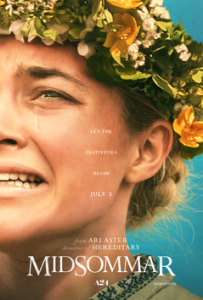 After a summer hiatus, John Morgan and Survive the Jive join Fróði Midjord on the latest Guide to Kulchur to discuss Midsommar, a recently-released movie about a group of American anthropology students and a deeply traumatized woman who visit a neo-pagan cult practicing a faith based on the ancient Nordic religion in present-day Hälsingland, Sweden, where they discover that the cult’s interest in them goes far beyond the merely academic. Similar to The Wicker Man, the film deals with issues of tradition versus modernity, community versus individualism, pagan values versus Christian values, and the nature of the Western soul, set amidst a folk horror story. Oh, and it’s also a breakup story. Survive the Jive offers insights into the basis and accuracy for the elements of Nordic paganism that are used in the film.