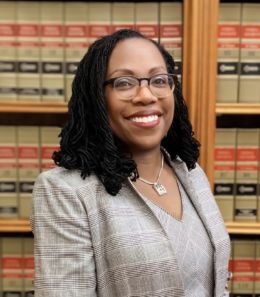 After Stephen Breyer announced he was retiring from the Supreme Court in January of 2022, Biden fulfilled his 2020 campaign promise to nominate a black female for the position. While every rational person sees the problem with electing someone based on his skin color and/or gender, the nominee, Judge Ketanji Brown Jackson, should also feel somewhat disrespected for being chosen predicated on a campaign commitment to elect a black woman (not a particular black woman, just a black woman) instead of her professional and personal merit.

Not to out-democrat the Democrats, but black female privilege literally got her nominated to a position when other marginalized groups are still lacking representation (Judge Clarence Thomas is black) — which means that without this privilege, there’s a 99.9% chance that she wouldn’t have been nominated otherwise. In other words, if we’re being honest, she’s basically an affirmative action hire. That’s not intended to be disrespectful, because if you think about it, how is it not just as racist/sexist to hire someone primarily based on his race and/or gender as it is to disqualify them because of it? Is it not essentially the same premise? Nonetheless, privileges of any sort that are founded on race and/or gender don’t represent American values. Isn’t that what has been drilled into every American brain for the last 50 years?

To muddy the waters even further, during her confirmation hearings Jackson said that there should be more women judges. In response to that statement, she was asked to define what a woman is, to which she replied that she couldn’t, because she isn’t a biologist:

Judge Ketanji Brown Jackson said at her confirmation hearings Tuesday that more women should be on the federal bench.

But she stumbled when asked for a definition of “woman.”

In an exchange with Sen. Marsha Blackburn, Judge Jackson evaded the question when the Tennessee Republican asked her “can you provide a definition for the word ‘woman’?”

Judge Jackson repeated the question before replying “no, I can’t.”

The senator asked her back, “you can’t?”

“Not in this context,” Judge Jackson replied. “I’m not a biologist.”

A disbelieving Ms. Blackburn then said that “the meaning of the word woman is so unclear and controversial that you can’t give me a definition?”

It begs the question as to what she meant when she said that more women should be federal judges. Did she mean more people who identify as women, or more people who are biologically women? Because biology doesn’t recognize men as women. Therefore, according to Jackson’s response, she obviously knows that. So it will be interesting to see her future rulings when such cases arise.

Therein lies the existential problem with the ideology of liberalism, however: It’s a proverbial snake that eats its own tail. Judge Jackson wants more women judges, but she knows the hyper-liberalized system that enables radical feminism to flourish is the same system that doesn’t define women biologically. Because you don’t need to be a biologist to be able to define what a woman is; a three-year-old could do that. So, it’s not that she didn’t know the answer, she just didn’t want to say the wrong thing — yet she did anyway.

Some may find it comical that a woman nominated on the basis of womanhood doesn’t know how to define what a woman is. But the more concerning issue is that this particular woman is also going to be about as influential in shaping the social landscape of American society over the next 30 years as any person in the country. Not to mention that her ideas are going to be very persuasive with regard to how people define apparent abstractions like “woman” moving forward.

We know Judge Jackson leans heavily liberal, so it’s rather obvious that her voting record will represent that (after all, that’s why she was nominated, right?). Thus, her voting record will be considered controversial in the eyes of centrists and conservatives. This controversial voting record will illicit predictable conservative “gotcha” responses when hot-button rulings are passed down (e.g., “Yeah, well, what do you expect from someone who was asked in her confirmation hearings what a woman is and she said she didn’t know because she is a woman, not a biologist?”). Sadly, it’ll be yet another running joke (like the Jewish man who became the nation’s first woman four-star general and was named USA Today‘s Woman of the Year) attributed to the status quo that is America’s liberal democracy.

Although liberalism is an ideology, it became tangible when it was implemented as a governing social system for Americans, which in turn manifested as the antithesis of its ideological purpose: It became hierarchical. One of the key components — if not the key component — of liberalism is feminism. But as you can see, the hierarchy of liberalism is even more oppressive to women than the patriarchy ever was. While modern feminism just created inferior men, neo-liberalism one-ups that by making men superior women.

Without the feminist aspect of liberalism, the patriarchy would likely still be thriving in America. Instead, feminists failed to foresee that by embracing the abstract idea that they were actually just men without penises, they ultimately opened the door for the other “men without penises” to become the new feminists. That’s how ideology works when it isn’t supported by logic and reason. Liberalism has devolved into the battle for oppression, and nobody is going to be more oppressed than people enslaved in the wrong body. Sorry, ladies.

Speaking of people trapped in the wrong bodies, that very idea shows the destructive nature of ideology when supported by people in positions of power. The simple fact that you can convince unstable, suicidal people (the essence of transgenderism is suicide by proxy) that their soul or consciousness was somehow misplaced by God and/or evolution exemplifies the utmost importance of integrity amongst our lawmakers. If the highest lawmakers in the nation don’t know what a woman is, then, legally, how does a nation know what a woman is?

This brings us back to the heresy of Judge Jackson’s statement about not being a biologist. Liberalism recognizes ideas over reason. More precisely, if biology was how we define a woman, nobody would have asked Judge Jackson to define what a woman is in the first place. The biological definition of a woman has never changed; she therefore didn’t just make herself look ignorant by saying she didn’t know what a woman is, but she also deferred to biology as the definer of gender — which contradicts her ideological worldview. Moreover, these are the kinds of problems that can occur when people are hired due to anything other than merit. A Supreme Court judge shouldn’t be flustered by simple questions.

It’s not known if Jackson’s race and gender were influential in her admission to Harvard Law School, but Tucker Carlson has been vocal about Democrats being tight-lipped regarding Jackson’s LSAT (Law School Admissions Test) scores. For all intents and purposes, those scores would give us a really good idea of how “great” her legal mind is. That’s not to say it’s not; maybe it is. But shouldn’t the Biden administration want to show that they didn’t only hire her because she is a black woman, but rather because she deserved it?

“Biden, sounding maybe a touch defensive, has described Ketanji Brown Jackson as one of this country’s great legal minds. And we certainly want to believe that. For, for real, given that she’s probably gonna be confirmed no matter what we think,” Carlson said during his Fox News show on Tuesday.

“The question is, is it true? Is she really one of this country’s great legal minds? One way to know, one indication would be her LSAT scores,” Carlson continued. “The LSAT is not a knowledge test. It measures logic and reasoning abilities. And no one doubts it’s an accurate measure of those things, which predict legal skills.”

“And that’s why top law fir- top law schools have long used that test. So how did Ketanji Brown Jackson do on the LSAT? Sorry. You’re not allowed to ask. Because asking is racism,” Carlson concluded.

It’s quite evident that if Jackson had high LSAT scores that the liberal news outlets would have told us all about it. It doesn’t take a political scientist to figure that out, so we can accurately assume that they weren’t remarkable. In fact, according to her Wikipedia page, the summary of her Harvard accolades consist of her having been an improv comedian and a time when she headed a “protest” against a fellow student for displaying a Confederate flag in his dorm room’s window (Is publicly harassing a student because you don’t like the flag he has in his window “protesting” or bullying?):

After high school, Jackson studied government at Harvard University. She performed improv comedy and took classes in drama, and led protests against a student who displayed a Confederate flag from his dorm window.

The creed of liberalism is social progress, with the goal one of moving onward and upward in the quest for utopia; to change the antiquated evil and replace it with universal good. This is liberalism in theory. However, liberalism in practicality is regressive by all standards. For example, as a country we made hiring people based on factors such as skin color and/or gender illegal decades ago, and yet somehow in 2022 we are still effectively hiring the most powerful people in the country based specifically on race and gender.

Furthermore, it should go without saying that if the establishment wanted to nominate the most qualified person predicated solely on skin color and gender (in collusion with merit), then a white man would probably end up being the choice. But, let’s be honest, the entire reason the Biden administration promised to nominate a black woman was because liberals don’t want a white man nominated. So, if a white man were to be selected, he would definitely have to be homosexual or Jewish (or his primary identity would have to be something other than being a white man; e.g., Pete Buttigieg). And even if that were to happen, it would still likely be considered racist and sexist — or whatever the current obsession is.

Then again, it’s common knowledge that liberals are the real white supremacists. So, maybe in 30 years they will inconspicuously nominate a black woman trapped in a racist white man’s body to replace Jackson, and bring things full circle.