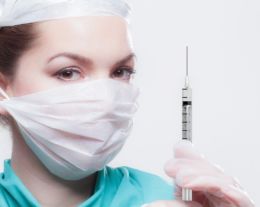 Arguing the case for nationalism is a thankless endeavor. The powers-that-be provide instant gratification, while the negative externalities take years or decades to materialize. “Free trade” and “open borders” are the dogmata of our times; international capitalism and Left-liberalism are the two faces of the same globalist beast. Last year, it was threatened like never before.

That’s why it shrieked when disturbing news trickled in from China and northern Italy in early 2020, the latter having long debased itself as a production base and semi-Disneyland for Chinese tourists and investors. Scores of dead bodies and overflowing morgues sowed fears of a new plague. China cracked down: They locked down entire cities in order to squash the disease and protect the country’s health. The West had a different concern: Its main fear was that the globalist narrative might crumble.

Just before Covid took its inexorable hold on the West, Right-wing parties were lambasted for demanding a cautionary approach. “Fact-checkers” in Europe downplayed the risk; in the United States, the Anti-Defamation League scribbled a blog post entitled “Extremists Use Coronavirus to Advance Racist, Conspiratorial Agendas.” Our governments had to be dragged into action, kicking and screaming. Well into March 2020, international travel at US airports was allowed without any discernible Covid safety measures. But alas, a few weeks later, the only thing you could hear in New York were ambulances racing through the dead night.

Within weeks, people were united by fear. Little was known about the foreign virus except that it killed off the elderly — our own grandparents — at a fearsome rate. And with more than a few healthy and young victims, everyone else was at risk, too. Open borders and a free flow of goods had brought a deadly bug into our countries’ hearts. For the first time ever, citizens wished our borders had been closed earlier — with ruthless efficiency.

The threat was real, and it still is: With a lethality of about 1%, and a shocking 10% for the elderly, Covid is far more deadly than the flu. It hasn’t mutated away. It reinfects the recovered. The long-term effects are scary; beyond a far higher risk of vascular disease, Long Covid often means severely reduced physical ability, permanent fatigue, and a loss of smell and taste. Perhaps it is a bioweapon that emerged from China accidentally. No one in a clear state of mind should want it in his body.

Yet many Western leaders were fine with letting the globalist virus ravage their countries. The lockdowns and border closures, which went against every fiber of their bodies, were inadequate. China, in the meantime, protected its people. While Western politicians harp on about China disrespecting life, the focused action in the Far East saved countless lives — and, coincidentally, the Chinese people’s freedom to move about.

Eradication of the virus is possible, and it should have been done. Boris Johnson’s former advisor Dominic Cummings — think of him what you will — recently observed:

The authoritarian measures the West should have used include mass testing, forced quarantines, advanced mobile phone applications, fully closed borders, halting any and all immigration and asylum procedures, strict monitoring of misbehaving communities, and deportations of illegals presenting a risk. These measures are part of every advanced country’s toolbox, and they should have been deployed to eradicate the plague that globalism brought upon us. True leaders would have had their countries behind them, and they could have saved countless lives. A paradigmatic shift — the explicit end of open borders and free trade, and not just for the duration of this pandemic — would have destroyed the globalist world order irrevocably.

To this day, every new strain of the deadly bug is another indictment of globalism. No wonder we are supposed to talk about the “Delta” or the “Omicron” variant, and not of the Indian or South African variant. There have been new strains of the virus from every godforsaken corner of the planet. Why do they all eventually surface here? They certainly don’t take hold in China or South Korea.

With the failure of our incompetent leaders, it was up to (with apologies) science and business to create a highly effective remedy: The vaccines. They were developed at record speed, and they work well. In fact, they work so well that everyone in his right mind should not hesitate for a second to get vaccinated. (Do it now, and please tell your friends and family to do the same.)

While the US government at least got the vaccination rollout right, the EU couldn’t even figure this task out. The sad bureaucracy ordered its member states to abandon their procurement strategies and hand it all over to Brussels, which then proceeded to waste valuable months haggling with corporations. Tens of thousands of lives were sacrificed on the EU’s altar, while countries like Israel were smart enough to snatch up the available future supplies. And believe it or not, it’s happening again right now: Just as citizens were waiting for months to get their first shot, they now can’t get booster shots when they want them, leaving them vulnerable to new, freshly-imported mutations of the virus. These failures have brought general discontent with the EU to peak level.

A freak show as a response

Let’s restate the situation: Globalism has brought us a deadly bug, globalist institutions have been incapable of protecting us from it, and citizen discontent is at a heretofore unknown level. With a correctly-framed narrative, the public might well be ready for a paradigmatic shift of epochal scale. For the Right, Covid amounts to a singular opportunity. We could push hard for border protection, all in the name of saving lives. The talking points write themselves.

Yet we have chosen to ignore this opportunity. Instead, we are treating the public to a freak show of esotericism, libertarianism, and denial. We are telling them they have nothing to worry about. We are advising them not to protect themselves with masks, which we call “muzzles.” We wax eloquently about “individual rights” — as if a nation shouldn’t rather concern itself with its health and survival as an entity.

While we refuse to capitalize on the chaotic procurement strategy for vaccines, we profess to worry about “the economy” — as if it were our responsibility to save a flawed globalist system from the results of its actions. As if Covid would not provide the case for a comprehensive reset that must substitute “free trade” with regional and national economies.

We celebrate Sweden’s despicable far-Left government, whose strategy accelerated the Great Replacement, as if “genocide” weren’t an apt description for sitting back as the virus suffocated their elderly, while the (predominantly young) migrant communities were far less affected.

And we are peddling risible conspiracy theories — as if Putin, Trump, and every family doctor were involved in a global conspiracy to inject us with killer substances. As if the state of Israel were conducting a holocaust against its own people. As if mysticism and esotericism deserved any respect in a discussion about public health. As if there was anything heroic in exposing your body — young or old, average or beautiful — to a threat that can, thanks to science, be somewhat contained.

While some on our side have performed the act, Covid is most certainly not the hill to die on, especially not when the objective is to play down a pandemic that has amounted to a cathartic experience for many families and communities — a pandemic that, coincidentally, validates our long-standing and fundamental critique of liberalism, globalism, and open borders.

The blame is shifting

As the absolute icing on the cake, many Right-wing characters continue to give out the borderline idiotic and immoral advice not to get vaccinated. That puts those who listen at considerable, sometimes grave physical risk — and it will increasingly turn them into pariahs and confine them to their homes.

One thing is clear: Even though many on the Right are in denial, the majority of citizens know and believe that Covid is a real threat, and they are quickly losing patience with anyone they see as a potential vector for the pandemic and breeding ground for new mutations. The blame for the bug that we should have assigned to globalism and its potential carriers from abroad is being shifted — onto us.

It is late, but not too late, to dismiss the lunacy. The globalist beast slipped, but it has figured out how to use the pandemic to advance its agenda. Why haven’t we?

The author lives in Europe. While in satisfactory physical shape and not afflicted by any medical condition, he chose to get vaccinated and boostered. His political views haven’t changed post-vaccination.