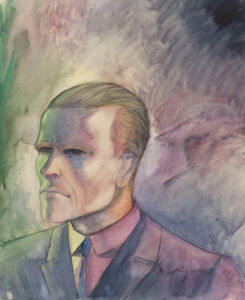 If you have spent any amount of time around dissident politics, you have probably heard several references to “autism,” with various people and things frequently described as autistic. This can either be positive or negative.

Positive references to autism often have to do with pattern recognition, mastery of a subject, or wholesome anime. For example, the anonymous users of 4Chan frequently do intelligence work that surpasses what the woke alphabet agencies can do, and this is lauded as autism.

Negative references usually entail social awkwardness, inflexibility, or an unbalanced fixation. Too often, however, the negative side of “autism” is tolerated in the movement because of the positive benefits that it is perceived as bringing, which frequently seems like a fair tradeoff. However, a priority for our movement should also be self-improvement.

I propose that the negative side of autism needs to be compassionately discouraged instead of indulged, or that at the very least it should not be lauded as a mark of pride — which it frequently is. This will benefit those in our movement who legitimately do have autism or Asperger’s — and I must candidly admit that I am one of those people.

This would also help us with normie outreach. The lauding of autism, actual or otherwise, has become too similar to the Left’s custom of placing a litany of mental disorders and other intersectional nonsense in their Twitter bios.

My suggestion is that a portion of autism’s positive side should be celebrated in the movement for being austere – i.e., austerity. This may seem like a frivolous matter of labelling, and some will say that a rose by another name smells just as sweet, but presenting a meal well enhances its enjoyment, and so it is with labels. Austerity encompasses many of the positive aspects of what we refer to as autism, among other positive traits, while also serving to differentiate the movement from its competition.

Austerity can mean coolness, severity, asceticism, directness, and clarity. These traits frequently correlate with autism’s positive side. For example, the ability to survey statistics and experiences on race and IQ, crime, and similar matters and then analyze and apply the conclusions that flow naturally from them has a certain coolness and directness. This is especially so when the phenomenon in question is the opposite of what is considered proper by (im)polite society.

This coolness is diametrically opposed to the impassioned excuses that the Left will make to explain why blacks behave the same way in modern America as they did in ancient Africa. It is similarly opposed to Leftist arguments on race. Our directness, relying on facts, is a good counterbalance to those Leftists who have to twist themselves into a Talmudic pretzel to explain why an allegedly “white supremacist” country lavishes Africans with affirmative action and welfare and Jews with academic tenure and corporate board positions, while Europeans are thrown into solitary confinement merely for protesting.

Directness is quite frankly lacking in modern society, and our directness should be a source of pride. There is a great fear in our society of giving or receiving criticism, which hampers constructive feedback and mentorship. When it is given, it is usually prefaced with fluffy feel-good nonsense so that the other person doesn’t get offended.

In contrast, someone in our movement will candidly tell you if you have started to get fat. This is positive. It increases accountability, raises quality, and helps everyone improve as a team. It also eliminates those who are too thin-skinned. This builds trust, as we know that our comrades mean what they say. And when we give compliments they are sincere. We don’t have to wonder if they are merely vapid pleasantries.

Directness and clarity is also sorely lacking in modern academia. Much of it consists of a publishing racket where supposed authorities cite each other endlessly in articles purposefully written to be unnecessarily long and complex. In contrast, the articles at Counter-Currents, American Renaissance, and similar websites usually say more with fewer words, and without sacrificing clarity or depth.

Severity and asceticism are another aspect of austerity that should be emphasized. This is admittedly not within the movement’s usual understanding of positive autism, but it should be encompassed within the term austerity to further differentiate ourselves from the masses. Gravitas has almost disappeared from the rest of society. On the Left, the closest one can find is their anti-fun attitude, which is only a mockery of true gravitas. It’s simply about being boring and bossy, and does not speak to an inner dignity.

Then there is the likes of Joe Biden, who drooled on national television, and Jerry Nadler, who appeared to crap his pants. Very disrespectful! The RINOs flash painfully fake smiles like shady used car salesman. Sometimes RINOs can be harsh, such as when Lindsey Graham went on an emotional tirade about how he wanted to throw Trump supporters in jail for the January 6 protest, but he only came off as menopausal, not authoritative.

Furthermore, switching to an austere demeanor can easily throw others off. The self-control and dignity required to do this effectively have become uncommon. This is especially true for Leftists, as they are accustomed to having their hysterics indulged, and thus to respond to a cry of “racism” with a wry smile, a witty response, or a “resting based face” is not something that they know how to deal with.

Additionally, a perennial movement problem which austerity could help us combat is silliness. Humor is an effective weapon against the establishment, as it reveals their weaknesses. Humor can also endear us to normies, if used correctly. However, it frequently goes too far, and admittedly those who take it too far are the youth of the movement. We cannot expect to attract talented citizens when we have so many in our ranks who describe themselves as “trad-cath incel gamers” and such.

That Representative Paul Gossar openly declared himself for America First and did not back down when pressured is amazing. We owe it to those who endorse us to conduct ourselves in a way that puts them in a positive light. America has always had a talent for comedy, and thus some level of silliness will always be part of our politics. However, this is frequently taken as a license to go wild, and since many of our supporters are autistic, they are bad at knowing when there has been too much of a good thing. Balancing humor with austerity could potentially help mitigate this.

Praising austerity is not to say that we should be without human warmth, diplomatic tact, humor, or politeness. There is a golden mean, and we should strive for balance. A concrete example may help better illustrate this. In Ride the Tiger, Julius Evola explored some of the qualities of Neue Sachlichkeit, or New Objectivity, an artistic and literary style that became popular during the interwar period. While many had been beaten down by the Great War, for others like Ernst Jünger it served as a catalyst for inner growth. Driven by the profound effects that the Great War had on youth, this style embraced a realism that signified coolness, clarity, seriousness, and purity, as well as detachment from the world of sentimentalism, and which was in opposition to expressionism and bourgeois values. It emphasized actions and things over feelings. 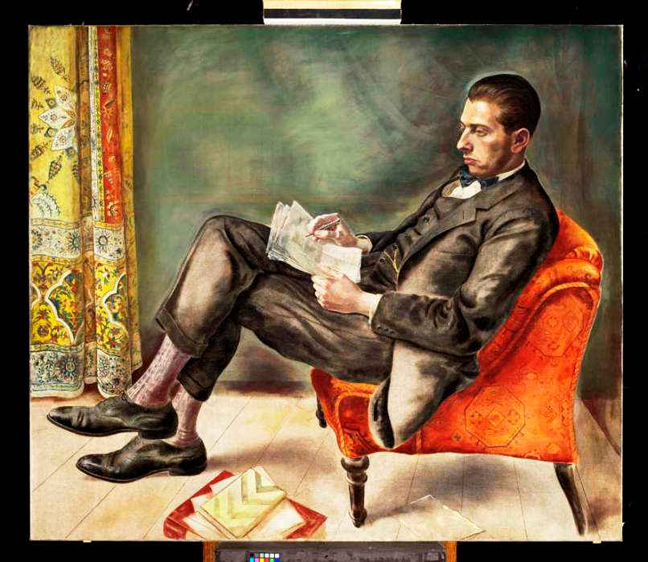 One finds in New Objectivity and the historical events that drove it parallels with our own time. Works in the style of New Objectivity were at times ugly, but this was intended as satire directed against Weimar society, and not a celebration of its ugliness. This is similar to how the movie Joker and many of our memes lament that “we live in a society” with equal satirical rigor.

There is among our youth today this same sense of being beaten down, especially among straight white men. Ours is a culture war, but it is still a war. Trump’s cowardly flight from office feels a lot like Kaiser Wilhelm’s abdication. The response to the pandemic has exacerbated the situation. Weimar had degeneracy and poverty just as the Disunited States does — but at least no lockdowns. Influenza was a real pandemic, but what we have is a pandemic of hypochondria.

The exasperation one sees in the zoomers for the old boomer world of comfort and stability mirrors the interwar youth’s disdain for petty bourgeois values. The aristocratic disdain that the Right-wing youth have for the Left’s obsession with feelings instead of facts is only increasing as the Left doubles down on feelings and further strays from objective reality and into a fantasy land of ideology.

Thus, the question presented, and which we must answer each and every day, is: Will we be beaten down by our circumstances, or will we utilize them to harden ourselves into better men? Will we be worthy of the task history — and perhaps destiny — have set before us? Let the boomers grill and the doomers lament; for us it is time for action. Not wild, impulsive action driven by desperation, but action formulated in a lucid state of mind, detached from concerns for comfort or sentiment.

I do not think that austerity should dominate our personalities, however. If ancient Greek culture bloomed from the tensions between the Apollonian and Dionysian impulses, as described by Nietzsche, then it may be prudent to seek a tension between austerity and something else, or at least a balance. One finds a role model to emulate for this in Ernst Jünger. On one hand, he was a natural warrior aristocrat who unflinchingly faced death in the Great War with a chad lucidity, and recounted his experiences with objective clarity in Storm of Steel. On the other, he also had a sense of humor and enjoyed good wine and comradery. In The Forest Passage, he looked to nature and religion as alternatives to totalitarianism — advice which we should heed.

Therefore, austerity could serve us well both in pragmatic political endeavors and in the inner struggle to remain standing upright among the ruins of our civilization.

« Hey, Where Are the White Women At?