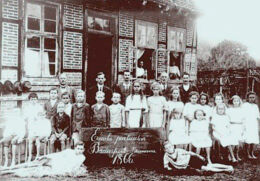 Where do decent white folks go from here, when it’s all but too late?

What is their life going to be like when the demographic scales are tipped and the usual pathways to success and respect are blocked by the unforgiving, power-thirsty trolls drunk on woke?

What distant lands or even yet what nearby nations will open their arms to discontents from abroad in search of what they once had but now seem to have forever lost?

Is there an early America somewhere else where white folks can go without prying, progressive eyes and distrusting voices monitoring every move and word?

Maybe to Canada or Mexico, but up there wokish restraints are many as they become less and less receptive to displaced renegades who yearn for the freedoms of another time. All the while, south of the border, the mestizos and forgotten masses seek refuge in our diversified country where money flows unabated in spite of the whites’ deep longing to be in less judgmental places where families can flourish in traditional ways and former greatness is celebrated without sowing doubt and hatred in fragile minds.

It’s very hard indeed to find a comforting place, somewhere else, to put down roots and start life afresh in times of uncertainty. But sooner or later white folks will have to choose fight or flight just as war-displaced millions have had to choose between devastation or new, promising lands. At worst, if you try and stay complacent or passive as the world around you comes apart, you wind up being scorned or simply irrelevant. In due time, brushing aside meritocracy’s outcomes and barriers, the darker-skinned ones will rise to the top of the leadership pyramid by sheer numbers alone. But in the meantime, if the white cultivated elite should withdraw from the unfair struggle and move away, to more promising lands, there would be a sense of loss that would ripple throughout government and finance. How does one replace intelligence and creativity except with people of lesser merit?

When the creative nexus of a country disappears, its wealth is not spread as fairly or evenly as planned. Complex problems will go partially solved or grow even more complicated. Castro-infected Cuba let its best and brightest flee abroad, leaving the struggling many behind. Socialism expropriated the leftovers of a once-thriving society. Poverty and ideology became the dual tenets of survival in a land where prosperity took root elsewhere.

Europe’s great minds gave our founders inspirational guidance a long time ago. This cradle of freedom was also the source of wars and persecution of wayward sects that defied royal norms and Roman Catholic rituals. From the religious sanctuary of Holland, very brave souls risked the oceanic crossing in poorly equipped vessels sailing to the unknown world far away. A belief in providential destiny gave them hope for better times; God and raw courage sustained their efforts to build a new Jerusalem far from secular strife and rejection.

The puritanical fervor of Mayflower voyagers was soon replaced by the mercantile adventurers who saw the New World as terra incognita to be conquered and developed. . . or as some now say — exploited for selfish aims. European powers spread over these virgin lands and brought with them a lust for precious metals and expanded territorial grandeur. Agriculture, stone-based architecture, legal codes and laws, structured cities, religious faiths combined with missionary zeal, and military forts followed in their wake.

The ingenuity of pioneers and the quest for agrarian wealth that lay beyond the European-like communities of the East gave rise to human caravans that trekked across arid expanses to the Pacific coast. Over time a new life, with its flaws and assets, took form; land-hungry settlers pushed aside nomadic indigenous tribes and challenged foreign empires that were seeking lebensraum in war-prone territories that yielded no immediate wealth.

These were days of past glory and unrestricted growth. Intrinsic American values were given life by freethinkers who rejected religious and authoritarian rule. They replaced royalty with republican governance, Eastern imperial conformity with individualistic assertiveness, and state religions with multiple Protestant sects.

The concept of unalienable rights was conceived by disciples of Locke, Grotius, Montesquieu, and other enlightened minds of European descent. The Western World, as we know it today, devolved from the genius of Caucasian thought and imagination. Other societies saw the individual as either an obedient servant or a subject whose needs were subservient to the betterment and preservation of the whole.

The non-violent protests of minorities have been successful only in Anglo-Saxon nations or their colonial possessions. Tolerance for dissent is a redeeming characteristic of the so-called white mentality. Black civil rights demonstrations could never have succeeded in authoritarian nations such as Stalinist Russia, communist China, Islamic Saudi Arabia, or other autocracies that do not tolerate public disruption or political protests. Gandhi’s fasting and opposition to the Raj or British colonial rule in India would have been unsuccessful in Mao’s China; in South Africa, the English were anti-apartheid activists and clashed with the Boers over its abolition. Without individual rights, societal change is effected only through violent revolution.

We need to carefully ask and examine these questions: where can we go, rejected white pluralities in a country we helped to build and which now finds our presence to be an encumbrance? How could this truly be? Being white is not a cultural defect, but skin pigmentation. Millions of immigrants from Caucasian countries in post-Civil War years have never raised their hand to minorities nor been guilty of discrimination of any sort. Others come from countries where blacks or Hispanics don’t exist. Teenagers in Western states have little if any contact with minorities as determined by governmental fiat. But, according to woke logic, they are potentially favored because their skin is lighter than other less-privileged groups. “Systemic racism” and “White supremacy” are attributes based on suppositions, not a fact-based reality. At a glance, our guilt is perceptual and our foreheads are branded with the mark of Cain. If we protest, if we take our case to the courts and streets, will it alter the nature of a socialist-centered nation that revises history to fit its agenda? This is a current reality we must embrace. We have only one choice: we must protest from within; we must use the disruptive techniques and strategies of those who oppose our very existence. Our unity is a sign of strength; the repressed discontent of many white advocates, however, is no more than a silent confirmation of our weakness and demise. We now realize there are no welcoming oases left where a better life can begin anew.

Unrestricted and poorly vetted immigration will lead to greater diversity and the eventual tribalization of America. As the races mingle indiscriminately, our national sense of identity will decline. To clarify matters, we should look to the southern hemisphere where our future mirror image lies: Brazil with its variegated population, indigenous tribes, massive corruption, rampant deforestation, and lack of technological mastery beckons us to imitate its profligate ways. The Anglo-Saxon-puritanical goals of inner and social discipline, the sacrificial demands of creating a more efficient and profitable society, the willingness to postpone momentary satisfaction for future security, the concept of individual responsibility, and the deep pride in group accomplishments. . . all these characteristics will fade as white dominance gives way to less demanding cultures.

It is interesting and even ironic that in the aftermath of the American Civil War, a large group of Confederates (circa 20,000), not wishing to live under Northern rule during the Reconstruction years, immigrated to Brazil to start their lives anew in a country that was sympathetic to their cause and where slavery was still legal. Even today there are descendants of these Confederados living in Brazil who honor their distant past culture.

Which way do we turn, how do we react, and most importantly, do we have viable options? Without action, without commitment, the future will not be ours but theirs. Like the Greeks and Egyptians before us, our civilization and its Anglo-Saxon values will slowly dissipate into mediocrity and become a historical curiosity in the centuries to come.