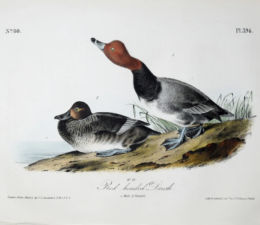 Pardon me for noticing that the woman’s last name is “Sithole.” I suspect it doesn’t rhyme with “shithole,” but she does hail from South Africa, which, like so many countries undergoing a de-whitening process, seems to be getting worse rather than better.

If her claims can be verified and if all of the ten babies that were born to her last week survive, she will be the world record-holder among humans as far as one-shot fecundity is concerned. Doctors in South Africa, whom I’ll presume are not the world’s finest, told Gosiame Thamara Sithole she was expecting six babies. . . then eight. . . but then a terrifying TEN of them plopped from inside her gigantic belly down through her undoubtedly capacious birthing hole this week.

I’ll let the incomparable BBC Pidgin pick up the story from here:

Di woman wey give birth to 10 babies at once inside South Africa fit be di new world record. . . .

Doctor say madam Sithole dey for good health afta she deliver through caesarean section 29 weeks into her pregnancy for Pretoria on Monday evening. . . .

One woman wey get eight babies for US for 2009 currently hold di Guinness World Record for di most children wey one woman don deliver at once and wey survive. . . .

“How all of dem go fit dey inside di womb? Dem go survive?” she ask hersef all dis question, but doctors come reassure her say her womb dey expand.

If Miz Sithole’s 10 little African saplin’s survive, as the mother of decuplets, she will snatch the world record from another African woman who gave birth to nonuplets only last month.

In May, Halima Cisse from Timbuktu in Mali was shlepped up to Morocco to give birth after famously inaccurate African obstetricians predicted she would squeeze out seven children, only for her to grit her assumedly shiny white teeth and shoot out nine babies from the musty cannon that her hubby calls a love tunnel. There were only two other cases in history of women giving birth to nine infants at once — the last being in 1971 — but since not all of the seedlin’s survived past a week and Cisse’s did, she was the current title-holder until Madame Sithole felt the need to squat down only a month later and shit out 10 babies on Halima Cisse’s victory parade.

Prior to that, the all-time champeen was Nadya Suleman, America’s infamous “Octomom,” whose nether regions sent eight fetuses hurtling out from peaceful darkness into the living hell that is California in 2009. But Suleman cheated in the sense that she used in-vitro fertilization; it’s unclear whether or not Halima Cisse’s miracle stunt required artificial assistance, and current undisputed holder of the world record Madame Sithole insists that all ten of her babies were the natural result of her prolific vagina and her husband’s rampaging potency.

Hell, when I was a kid, Canada’s gleaming-white Dionne quintuplets were the title-holders, and they entered the world in 1934. But they were born back when Africa’s total population was somewhere shy of 200 million, and that counts the nonblack northern Africans as well as untold numbers of evil white colonists.

Africa’s current population is around 1.2 billion, and it’s expected to at least triple by the end of this century — or even top six billion.

In a 2016 article, even Scientific American — which of late has taken to genuflecting in front of the very idea of blackness — saw Africa’s population explosion as a problem:

By the end of this century, demographers now project, Africa’s inhabitants will triple or quadruple. . . .

Extreme growth threatens Africa’s development and stability. Many of its inhabitants live in countries that are not especially well endowed with fertile soils, abundant water or smoothly functioning governments. . . .

As many as 37 percent of young adults in sub-Saharan Africa say they want to move to another country, mostly because of a lack of employment.

Calling population growth a problem was seen as culturally insensitive and politically controversial. . . .

My main takeaway from these passages is a mild amusement at the idea that Africa is currently developing or stable, as well as a gentle delight at seeing scientific reporters admit that there’s anything at which Africans are “not especially well endowed.”

One peek at Wikipedia’s list of sovereign states and dependencies by total fertility rate reveals that you have to get all the way down to #26 — the Solomon Islands — before you reach a non-African state. As far as fertility in general regions goes, sub-Saharan Africa, the Arab world, and Northern Africa take the top spots, in that order. Rounding up the bottom, from #12 to #14, are Europe and Central Asia, North America, and Central Europe and the Baltics.

In my lakeside neighborhood about a 35-minute drive southeast of the unreasonably black city of Atlanta, throngs of odd-looking ducks come up from the lake to peck at whatever it is that ducks seem to find palatable on our front lawns. It took a rudimentary bit of sleuthing for me to conclude that these black-and-white speckled and oversized ducks with hideous red wattles on their faces are probably Muscovy ducks, which are native to South and Central America rather than Moscow but have been found in the American South, including Georgia. A brief review of the etymology of “Muscovy duck” suggests their name derives from their potent musk rather than from anything remotely Russian.

The male of the species is able to achieve a seven-inch erection in a third of a second, which would be an impressive feat among most human males worldwide. They are not known to quack — in Spanish, they are known as pato mudo (“mute duck”) — but I have heard them make odd hissing and wheezing noises, especially when you stray too closely to their babies.

The presence of these ducks is accepted as a way of life in my neighborhood, and some houses are known for feeding them to the point where you can spot a couple dozen fat speckled ducks sitting outside on the lawn, grubbing for a handout like Mexicans waiting for a day job outside Home Depot. There’s even an odd local neighbor that my wife and I refer to as “Duck Boy” — he speaks to the ducks but refuses to make eye contact with, or speak to, humans.

This is the time of year I usually see a mother duck gently leading her new offspring around the neighborhood searching for food. One brood — a mama duck and her fourteen ducklings — has over the past week found whatever comestibles lurk on my front yard, which is largely devoid of grass because there are too many damn gigantic trees on my property, to be especially tasty.

Every time I see them, I am charmed and overwhelmed with their presence and speak to them in a babylike voice that you would find absolutely nauseating. I filmed them crossing my rain-soaked driveway this morning, and since I am a merciful man, I spared you the trauma of ever witnessing that side of me. I remained mute during my nine seconds of nimble camerawork.

Then I realized, to both my horror and amusement, that when I saw a picture of Gosiame Thamara Sithole’s gigantic pregnant belly, I was repulsed. So why do I have a completely different reaction to mama duck and her babies?

It’s possibly because ducks have never sucker-punched me or held a gun to my stomach. Ducks have never raped a friend. Ducks don’t drive property values down. They don’t burn cities down. They aren’t a net drain on public revenue and public safety. I’ve never known a duck to murder a human. They don’t come home at 4:00 AM and sit in their driveway for 15 minutes with the stereo blasting. Even if I kidnapped those ducks and kept them in cages, I doubt they’d blame me for slavery.

The only advantage I’d give those African babies over the ducklings in my neighborhood is that I’d rather eat a duck.

« Is It Okay to Be White?: An Interview with Rémi Tremblay

» The Only Battle We Remember