Presenting to the Public 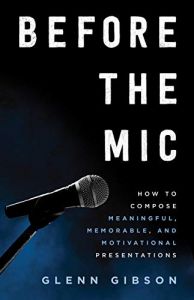 If you want to change the world, you must first master the basics. One of the basics is public speaking. Glenn Gibson, an Ohio-based Scottish “tech evangelist” whose duties cause him to see and give many presentations, wrote a book about how to give “aMMMazing” presentations. (The three “M’s” are an important concept that will be described later.)

Gibson’s book is important because he specifically addresses the modern briefing: a PowerPoint alongside a speaker delivering an address to an audience with a short attention span and distracting smartphones.

Sharing My Own Experience Up Front

Before getting too deep into Gibson’s ideas, I wish to add some comments of my own based on personal experience giving and getting briefings in both the real and the COVID-19 virtual world.

It is completely unsettling giving a briefing via a virtual communications application where the audience consists of black screens and a muted microphone symbol. There’s simply no feedback at all. One can get over this by creating a fake black/muted mic screen and giving practice presentations to it until you feel solid. Another way to cope is to get some or all the audience to have their computer cameras on.

If possible, do not demonstrate a web-based product “live.” Software programs can “time out” or freeze up for some reason, and it is awkward when such a thing happens in front of senior executives.

If you’re briefing from home, make sure that your pets have “been outside” recently and are secured in a place where they won’t be a distraction. By the same token, ensure your family is aware you are giving a briefing and they don’t make background noise or interrupt you. If you have teenagers, you will need to say this several times and still need a plan to quickly shut down teen drama without breaking stride during your presentation.

If you can, make a room in your house an office. If possible, have it soundproof and frame your background to give you a professional, intelligent look when using your computer’s camera. A bookshelf is good for a professional look. Otherwise, use a computer-generated background that can hide clutter, family photos, etc.

Know the technology. Know how to remotely mute hot mics, know when you are on mute, and know how your slides will present via the application. I once conducted a briefing where pictures wouldn’t present through the application. I was able to recover, but there was a tremendous shock when slide six turned out to be a blank screen.

Keep your old slide presentations. They can be reused and this will save you time.

If your presentation is at a social function where there is alcohol, don’t drink a single drop. Not. A. Drop. Even avoid too much caffeine before giving a briefing. Don’t fill up on water before you go before the mic either.

Gibson argues one should call practice sessions a “rehearsal,” not a “dry run,” since the word rehearsal focuses the presenter on the critical fact that presentations are like a concert.

If you are not nervous about giving a briefing then you are wrong. Overconfidence will destroy a briefing. Channel any nerves into practicing and focusing on delivery. Think of each briefing like a sortie in an aircraft. The pilot must safely take off, navigate, and land every time.

If possible, one needs to find a practice audience that can give a person solid feedback. One such person I’ve found was an aide to Eleanor Roosevelt named Louis Howe. He helped Eleanor practice before every presentation she made. Howe critiqued Eleanor’s pauses, gestures, facial tics, and responses to questions. They never stopped seeking perfection.

You need to find your Louis Howe to practice briefings on. I’ve found that practice audiences of young people are helpful in a general sense, but won’t have the ability to ask truly difficult questions or see where there is a flaw. The best person who I’ve practiced briefings on was a US Air Force veteran. While he was on active duty, his job involved handling atomic bombs. As a result, he’d briefed cabinet officials from the Departments of Defense and Energy and had a sense of when and where the truly hard questions would come. He even understood how to prepare for the distracting things senior executives do, like nod their head “no” when an aide whispers something in their ear.

Finally, to avoid groupthink, bring in a fresh pair of eyes for the final dress rehearsal prior to going live. Seriously consider that person’s criticism. Critics are gold. 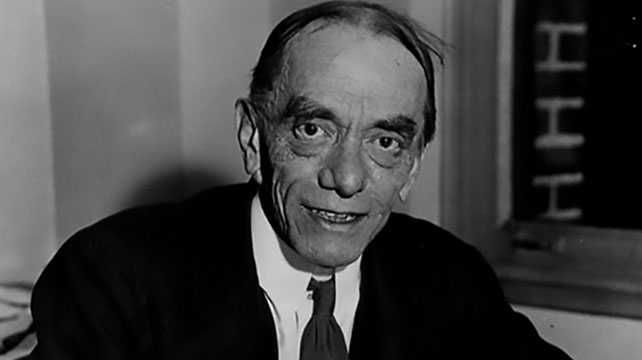 Louis Howe was an important advisor to Franklin and Eleanor Roosevelt. He and Eleanor went over every aspect of Eleanor’s public speeches, both before and after.

Gibson argues that aMMMazing presentations on any subject need to be meaningful, memorable, and motivational. Before getting too far with one’s briefing one needs to know the audience. There are three questions to ask about an audience:

Plenty of templates out there can help you identify and analyze who is in your audience. Some of these tools are simple and useful, but some include way too much detail for most presentations. For example, some tools suggest that you find out the ratio of men versus women, age range, religion, ethnicity, and other personal details — there would have to be a very good reason to find out details like this. I find that simply defining who your target audience is, in general terms, is good enough. (p. 36)

Essentially, one should consider a presentation like a song. (Gibson uses musical references throughout the book.) While it is easy to sing a timeless hit by Neil Diamond at a karaoke bar, it is much harder to write a world-class song yourself. If one figures out how to write their own song/presentation, they can match their music/briefing to their personality and style and be excellent.

Examples of writing to one’s style can be found in the differences between the band U2 and the singer Jewel. Jewel and U2’s musicians both write their own world-class songs. As a result, they can perform their songs in the manner that matches their respective strengths. U2’s performances are dazzling and its lead singer struts around the stage like a boss, Jewel sits on a wooden stool, tells a few stories, and sings. So if one can write an effective briefing, one can match the briefing to their own style and personality.

. . . [T]here’s a similarity between song lyrics and the wording of your presentation. Song lyrics are generally concise, usually poetic, and often paint vivid word pictures. You don’t need to be a poetry major to write a great presentation, of course, but you should strive to be succinct and colorful with your words, as if you were writing a song. This is especially true during the introduction, the transitions between topics, and the conclusion. (p. 140)

The Rule of Three

The structures of hit songs tend to have three parts:

One can make a few changes to verses and chorus, but the three-part structure must remain for the song to be worthwhile.

This brings up a critical concept: the rule of three. “You can try to ignore the rule of three and pretend it doesn’t exist,” writes Gibson, “but the rule of three is a bit like gravity; you can’t escape it, no matter how hard you try.” (p. 54) Gibson argues that people are able to memorize concepts if they are broken down into three parts.

For example, if you are on fire one should. . . stop, drop, and roll. That’s just one of many groupings of three.

Gibson shows a number of ways one should organize information into a briefing. One trick is to try and present the info in a minute. This will allow one to focus on what is truly important. Then organize everything into groups of three. There should be an introduction, body (broken into three ideas), and a conclusion. The conclusion should not end on questions. Instead, one should allow for questions after the body, and then the penultimate slide should reinforce the ideas in the introduction. The final slide should show contact information.

Gibson argues that there should be no set number of slides — use as many or few as possible. One needs to give more or fewer details based on the complexity of the subject, but keep everything in the groupings of three. What if the subject is something like the 13 Ghosts of Scooby Doo? Then arrange the briefing to be:

Without a well-defined agenda, “America First” can be used for bad policies. “To reduce medical costs, all doctors from India should come to the USA. America first!”

Without a solid definition, bad policies can be called “America First.”

Gibson also gives advice on how to not sink one’s briefing with various bad statements:

This book is one that every student, professional, or activist should have on their shelf and refer back to before speaking. Don’t slink past understanding this important life skill. Even if one hates public speaking, one usually likes acclaim and success. If you must present, you might as well be excellent.

« Counter-Currents Radio Podcast No. 345 The Fake Morality of Anti-Whiteness

» The Night I Was Called “Nigger” (Twice)