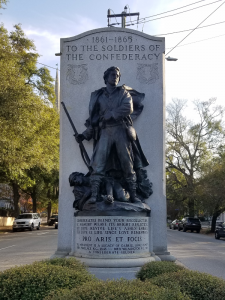 Unless you’ve lived under a rock for the past five years, you’ve probably heard about the “dangerous” return of tribalism.

Before 2015 (or before Obama, depending on the source), Americans didn’t put themselves in tribes. They only saw red, white and blue. Everyone was judged as an individual. Civility and decency reigned supreme. Race relations and gender relations were all just fine. Americans were one nation, under God and indivisible.

This is the god-honest truth to the average newspaper columnist. The typical pundit believes Donald Trump ruined this paradise and introduced tribalism into the land, pitting American against American in the ugliest fashion.

To a person with a better long-term memory than the average pundit, this is ridiculous.

Bitter partisanship has existed since the Founding. We didn’t agree to disagree with the Loyalists, the Federalists and Democrats dueled over political disputes, Northerners and Southerners fought a bloody Civil War, and so on and so forth. Tribalism — whether of a political, religious, or racial variety — is in America’s DNA. It’s only gotten unbearable under the strain of multiculturalism. No shared heritage, faith, or values bind us together now. We may speak the same language, but we can’t acknowledge that. We are taught our national history, but it’s a long litany of crimes and misdeeds of the historic American majority. Our official history only leads to more division and tribalism.

Yet, our chattering class orders us to overcome tribalism. The latest plea to ditch tribalism comes from Never Trumper David French. He has written many articles on this topic. In his latest, he expresses shame over his Confederate ancestors and announces he just finished a whole book about the topic, the originally titled Divided We Fall.

French says he is haunted by his ancestors fighting in the Army of Tennessee because they were victims of tribalism. They were raised in an environment where slavery was accepted and they would be expected to oppose abolitionism. Tribalism made them fight for an “unjust cause” and not consider the other side’s point of view. “[W]hen like-minded people gather, their views get more extreme. Our arguments reinforce one another to such an extent that the entire group will sometimes become more extreme than the most extreme person at the start of the deliberation,” he says of tribalism’s effect on human reason.

French does make an unintentionally redpilled point about people when he says: “We fool ourselves into believing our ideas or our intellects are in control when it is often our identity or our history.”

This is largely true. There’s also nothing wrong with that. Identity and history have always inspired man and we cannot escape our condition. The only ones troubled by this are goofy liberals who believe man should be motivated by fuzzy abstract ideals, not by who he is or his people.

French is one of those goofy liberals, in spite of his conservative pretenses.

“The tidal pull of tribalism should humble us all. For many of us, it renders our virtue an accident of history and birth. For others, it gives our sin and vice a terrible momentum that’s so very hard to reverse,” he laments. He sees tribalism as a sin, conveniently forgetting the Old Testament’s celebration of Hebrew tribalism.

In spite of all of his doom and gloom, French is optimistic we can overcome tribalism and unite as a nation — and Ta-Nehisi Coates, yes, the anti-white black writer who wants whitey to pay reparations, offers the answers. French includes a lengthy passage from Coates, which admonishes Americans to humble themselves and accept their own mediocrity. You would’ve been a slave owner if given the chance, Coates says. So you must shame yourself for being human to truly empathize with others. Interestingly, Coates’s writings never make much about blacks doing anything to humble themselves — but there is a lot of talk about white humility. Very curious. . .

Citing any Ta-Nehisi Coates idea should convince every conservative to dismiss whatever French has to say. French clearly cites Coates to signal to liberals that he’s a good conservative, one who can be trusted to never venture past the confines of acceptable discourse.

Later on in the essay, French concludes of his ancestors:

On this day, 155 years ago, the army of my ancestors folded its flags and stacked its arms. The tidal pull of tribalism carried away the men who gave me their name. Their legacy — and the legacy of every generation that has been caught up in the sweep of history in ways that harm us still today — should cause us all to pause.

He advises his readers to think for themselves and avoid the crowd; a bold lesson pushed on to every young student in America.

French is right to poke at the individualism of Americans who believe they come to their beliefs and preferences by sheer reason. Their background and identity influence them far more than the great being of logic. But French is foolish to think he offers the path to transcend this.

He bemoans the horrible costs he’s suffered for resisting the tribalism of the Right. He hates Trump and says it’s immoral to support the president. He damns white Evangelicals for standing by Trump and says they put their souls at risk. While French is hated by many conservatives, he reaps many benefits with his anti-Trump stance.

Before Trump, he was a minor National Review writer. Now he’s published by the New York Times and The Atlantic, and praised to high heaven in the mainstream press. He can expect his new book to be championed in all the right places. He wouldn’t have these benefits if he had followed his tribe and backed Trump.

He’s come a long way from being one of the more right-wing National Review columnists. French was one of the few conservative writers to defend the Confederate flag in the wake of the 2015 Charleston church shooting. In one column, he attacked Coates for his “characteristic vehemence” against Confederate memorials. He also disputed the notion that his ancestors fought and bled to protect slavery and proudly defended their service to their native lands.

“To change the South so that memorials are now re-cast as symbols of their eternal shame is to treat them worse than their Union adversaries did in the immediate aftermath of bloody conflict,” French wrote in another article.

Now he’s taken the woke centrist pill and wishes his ancestors had access to enlightening YouTube videos on race so their racism wouldn’t “haunt” him.

It’s fitting that French is a huge fan of capeshit. This man’s disconnection from reality makes him love the worst dreck Marvel serves up to him.

I took pride in the fact that I'd seen every superhero made in the last 25 years. Then I realized I hadn't seen Dark Phoenix.

Watched it last night. Liked it. The record is intact. I've never seen a truly bad superhero movie. They're all good. A few are great.

Give us this last man who thinks for himself and sees every superhero movie!!

There frankly isn’t a serious idea to unify America and defeat tribalism. French wants Americans to be guided by a moral compass that leads them to accept the neoliberal order, complete with its trash entertainment and degenerate icons. This counts as “free-thinking.” And it’s not working to deflate national polarization.

Tribalism is a natural part of life and paeans to imagined unity cannot mend America’s polarization.

America had unity when we were homogenous and shared a common culture and history, when diversity was not championed as the highest virtue and racial feeling wasn’t denounced as the gravest sin. We were a nice, white country back then — we’re not one now.

The cultural practices and bipartisan understandings that bound the American polity together were those of white men, limiting opportunities for women and African-Americans.

The descent into polarization stems, ironically, from America addressing its blind spots on race, gender, and sexuality. These undermined the white male Christian consensus, ushering in an age of identity politics.

Harmless conservatives and establishment liberals want the 1950s back without the white homogeneity and patriarchy. They believe they can create the conditions that made the 50s nice with modern demographics and modern values. That’s not going to happen. Homogeneity and traditional values are essential to maintain the civility and decency French so desperately craves. One cannot be civil with a stranger who’s hostile to everything you believe in. Tribalism within a nation can only be transcended when the nation acts like a tribe. It gives you a particular identity that sets you apart from the rest of the world and makes you see your neighbors as your people. When your neighbors speak another language, look nothing like you, and call you a white settler, there’s not much common ground to be had.

The radical individualism inherent to modern America also rots possible ties between countrymen. Too many Americans (primarily white Americans) think it’s wrong to see yourself in a group. It’s better to aspire to be a special snowflake who is unencumbered by history and identity. But the snowflakes can’t ignore reality forever. Tribalism is here to stay — and there’s nothing wrong with it. The real perversion is seeing yourself as an individual without a people, someone who can stand aside from your kin and pretend the world will just see you as you.

Tribalism is the natural way of the world. The Marvel-sponsored individualism of David French is a mere fantasy for last men.

« No Malarkey: The Formalist Case for Biden