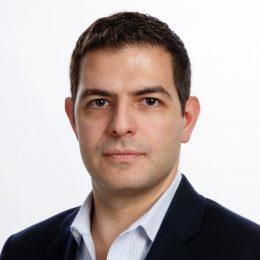 “Though culturally conservative, French is a political liberal, which means that individual autonomy is his lodestar: He sees ‘protecting individual liberty’ as the main, if not sole, purpose of government,” Ahmari writes dismissively.

According to Ahmari, this is a problem because “[t]he movement we are up against prizes autonomy above all, too; indeed, its ultimate aim is to secure for the individual will the widest possible berth to define what is true and good and beautiful, against the authority of tradition.”

He sees Donald Trump and other national populists as indicators that conservatives are souring on the goodness of individual autonomy: “[Trump’s] instinct has been to shift the cultural and political mix, ever so slightly, away from autonomy-above-all toward order, continuity, and social cohesion. He believes that the political community—and not just the church, family, and individual—has its own legitimate scope for action. He believes it can help protect the citizen from transnational forces beyond his control.”

Ahmari’s essay ignited a vigorous debate among conservative pundits. French and his defenders accused the New York Post editor of advocating Christian “statism.” Ahmari’s supporters cheered on his attack against outdated notions and call for a conservatism that accepts our state-based reality. Most of the article’s critics were Never Trumpers ensconced at conservative dinosaurs such as National Review. Most of Ahmari’s supporters were Trump supporters, nationalist sympathizers, and proudly illiberal Catholics.

The debate exposed a divide within Trump-era conservatism. There are those who wish for the pre-Trump days of limited government and “muh liberty.” Then there are those who understand you can’t turn back time and seek to create a right-wing ideology for the post-Trump era.

Identitarians should be pleased with the latter development, but they should also be wary of it. Most of these conservatives want to redirect Trumpism away from identitarianism and into their own ideological cul-de-sac.

Who defines Trumpism is one of the great questions of the American Right. Something new is emerging, but what exactly it is has yet to be determined.

It’s quite surprising that Ahmari and First Things are some of the leading proponents of this new paradigm. The present Post editor was only a short time ago a rabid neoconservative who detested the “illiberal Right” and Donald Trump. He previously upheld the conservative liberal consensus and thought the big danger was from the non-liberal fringes. He certainly wasn’t fond of nationalism.

Now he advocates an anti-liberal, Catholic conservatism that upholds the nation.

The publication’s founder, the late Richard J. Neuhaus, started it over his disgust with the “racism” and “anti-Semitism” of the paleocon Rockford Institute, which publishes Chronicles. Neuhaus championed neoconservatism, mass immigration, and every other dumb Conservative Inc. idea.

Now Neuhaus’s publication sounds more like Chronicles than himself.

In March, First Things published a letter signed by conservative writers “Against the Dead Consensus.”

The letter includes the signatures of Ahmari, popular American Conservative blogger Rod Dreher, and First Things senior editor Matthew Schmitz among others. Most of the signatories didn’t vote for Donald Trump and some were stridently anti-Trump during the campaign.

All agree that a new conservatism needs to arise to correct the failures of the conservative movement. The letter has a brutal assessment of the conservative movement: “[I]t failed to retard, much less reverse, the eclipse of permanent truths, family stability, communal solidarity, and much else. It surrendered to the pornographization of daily life, to the culture of death, to the cult of competitiveness. It too often bowed to a poisonous and censorious multiculturalism.”

The letter also mocks its dogmas of “free trade on every front, free movement through every boundary, small government as an end in itself, technological advancement as a cure-all.”

These respected conservatives offer their own agenda built around six simple statements:

“We oppose the soulless society of individual affluence.”

“We stand with the American citizen.”

“We reject attempts to compromise on human dignity.”

“We resist a tyrannical liberalism.”

“We want a country that works for workers.”

They oppose liberal atomization and nation-building, support immigration restriction and America First economic policies and, are pro-life and pro-organic communities. They also seem to have a higher opinion of state power and intervention than David French does. All of these ideas are an improvement over Conservative Inc.’s “classical liberalism.”

The Ahmari vs. French debate shows that a significant number of conservative intellectuals and activists want a new right-wing ideology that conforms to the nationalist moment.

There’s already a huge market for it.

Donald Trump won the White House on a national populist message that gleefully snubbed the old dogmas. Tucker Carlson uses his show to push populist economics and nationalist talking points on a nightly basis. Carlson’s ideology would have been unthinkable for Fox News in 2015. Now he is the channel’s primetime star — and Conservative Inc. types couldn’t be more pissed.

Even though there is a market, there hasn’t been a clear ideology put forward, nor has any real “Trumpist” institution been created. Trumpism is at most a sentiment right now. The sentiment realizes that the conservative movement is deluded, it adopts Trumpian bluster, it hates elites and the media, and it wants a wall. Beyond that, it gets murky and undefined.

The president himself has largely turned into a Conservative Inc. stooge. His only legislative achievements are tax cuts and criminal justice reform. He’s currently trying to start wars with Iran and Venezuela. His demand that every country legalize homosexuality is peak “globohomo.” He’s failed to live up to expectations on immigration and he’s done more for Israel than for Middle America.

Trump is still not a total cuck. He is more committed to immigration restriction than the establishment, still displays some sense in foreign affairs, and still likes tariffs. But he isn’t our guy.

Regardless of Trump’s disappointments, he has left a void that Conservative Inc. cannot fill. The question is what comes next.

One ambitious conference in July hopes to answer that. The newly created Edmund Burke Foundation is set to host a National Conservatism conference, complete with a big-name lineup. Carlson, John Bolton, Sen. Josh Hawley, and several others are set to speak. The conference is organized by Israeli academic Yoram Hazony, who wrote the acclaimed The Virtue of Nationalism, and David Brog, the former head of Christians United for Israel.

While there are many genuine national populists set to speak, the event’s big tent nature and who’s in charge of it should raise eyebrows. Neocons like John Bolton should have no place in national conservatism. The strong Israeli connections of the Edmund Burke Foundation is pretty suspicious for a movement that claims to put America First.

Hazony is not the worst person to host a conference. He is not a brainless shill trying to grift and he does offer a decent intellectual justification for nationalism. But his likely motivation for the conference is to play gatekeeper. The Edmund Burke Foundation (the wrong name for a new right-wing ideology) will set the boundaries for Trumpism and what it stands for. It will probably advocate for immigration restriction, but it will also be more hawkish than campaign Trump. It will also not tolerate racialism or influence from bad Europeans. (Hazony particularly hates Martin Heidegger and Carl Schmitt.)

There have been a few other attempts at Trumpist institutions. The highbrow quarterly American Affairs was founded in early 2017 explicitly to articulate intellectual Trumpism. It featured long essays on the roots of conservatism, Anglo-American legal theory, and other scholarly subjects. Its editor-in-chief, Julius Krein, presented himself as a nerdy wonk, not a pugilist populist. It was very different from the man it sought to build an ideology around.

Only a few months after its founding, Krein disavowed Trump over his Charlottesville comments. Krein wrote in The New York Times that the president’s “both sides” statement was “morally disgusting.” Anything but a full denunciation of White Nationalism was un-American, according to the American Affairs editor.

In spite of the disavowal, Krein is still interviewed about “Trumpism” and will speak at the National Conservatism event. American Affairs continues to publish quality material but its’ predominant ideology, if it’s anything, is Catholic integralism, not Trumpism.

Krein represents many of the issues with intellectual Trumpism. He’s unwilling to associate with the uncouth aspects of Trump, even though they are what elected the real estate mogul. He can’t abide by the latent racialism of Trumpism, so he re-interprets it as “economic anxiety” and offers sleep-inducing ideas to satisfy this fantasy.

There are various factions competing to re-interpret Trumpism. There are the shills such as Charlie Kirk who want it to be a grift and personality cult. There are the Zionists such as Hazony who are willing to concede to nationalists if they remain devoted to Israel. There are the Catholics such as Ahmari who see Trump as a metapolitical wrecking ball clearing the way for integralism.

Then there are the few genuine national populists such as Carlson who just want to advance a more thought-out version of Trump 2016. This is the group identitarians should most sympathize with. While they do not necessarily share our worldview, their success would make life better for whites and advance our cause. As Greg Johnson has said, National Populism is the wave of the future and identitarians must adjust accordingly.

The problem in America is the genuine national populists seem outmanned and outmaneuvered by the other groups in the intellectual sphere. The Catholics have their institutions and are winning over many young, disenchanted conservatives. The Zionists have the money and the drive. The shills have the ear of the president.

If the Catholics get their way, the conservative movement will be a Religious Right that prefers Latin masses over preachers speaking in tongues. If the Zionists win, they will undermine America First and zealously gatekeep. If the shills win, they will turn Trumpism into a dumber, more vulgar form of Conservative Inc.

It’s good that conservative intellectuals are tired of what Bill Buckley created and look to new alternatives. Only fools believe limited government is the solution. We must embrace the state as a weapon.

However, we shouldn’t fawn over every conservative who rails against Conservative Inc. Many of them are just as antithetical to identitarianism as the departed Weekly Standard.

National Populism must replace the conservative movement. Anything else is a diversion.