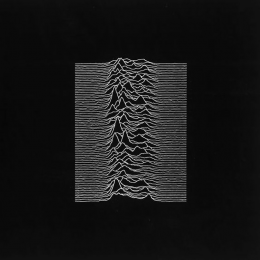 On this day in 1977, a band from Salford, England called Warsaw took to the stage for the very first time in their career. They were supporting the Buzzcocks at the Electric Circus concert in Manchester.

“Warsaw” was the name chosen by a group of young men, namely Ian Curtis, Bernard Sumner, Terry Mason, and Peter Hook, taken from the David Bowie track “Warszawa.” Their initial output tended to be relatively straightforward punk, as was in vogue at the time — Sumner, Hook, and Mason formed the group after seeing the Sex Pistols — but they gained a more somber edge with the addition of the morose and poetic Ian Curtis. The punk energy that defined the group’s sonic output would quickly transform into a more abstract ethos, with brazenness in sound being traded in for brazenness in experimentation and subjects.

“Warsaw” would change their name in 1978 due to another group having a similar name. (One of the lads’ great attributes was their magnanimity.) “Joy Division” refers to the semi-fictional account of a sex slavery wing in a Nazi concentration camp, as told in Katzenik’s 1955 novel House of Dolls. The group’s choice in name alone reflects an important attribute of their artistic style and worldview; Dolls is varyingly referred to as either a historical work (of debatable accuracy) or the first example of the so-called “Nazi-sploitation” genre of literature, in which the gristly and often-exaggerated or imagined details of abuse against Jews or other groups are spun to scandalous or erotic effect.

Britain, and especially the North of England, was a gloomy place in the 1970s. This was reflected in the attitudes of artists at the time, which ran the gamut from punk rockers to industrial innovators, almost all of whom had a penchant for sprinkling their aesthetic with fascist imagery. The Sex Pistols, Throbbing Gristle, and Cabaret Voltaire all danced around with SS uniforms, symbols, and lyrical themes that could be called impolite for the times. In the absence of culture or hope to speak of, especially for those in blighted post-industrial England, there was little one could do to stoke reactions from an audience beyond trotting out their sacred cows and slitting their throats on stage. Some groups were more responsible or cognizant of what they were doing than others; it’s not a stretch of the imagination to suggest that the Sex Pistols aimed primarily for shock value, while the industrial scene was shooting for an esoteric deconstruction of death and political violence.

Joy Division, on the other hand, walked a wholly different path from anyone else toying with such topics at the time. (Another contender may be Death in June, but for wholly different reasons.) For one, the Third Reich symbolism present in Joy Division’s work was handled with admirable, artful tact, presented in such a way that its shock value was largely neutered. It is easy to become outraged at the sight of some fellows walking on stage wearing SS uniforms, because such a thing is unexpected. But when a group’s art dwells almost exclusively on bleakness and tragedy, this imagery takes on a different meaning and palatability — historical tragedy fits snugly in with present-day tragedy. 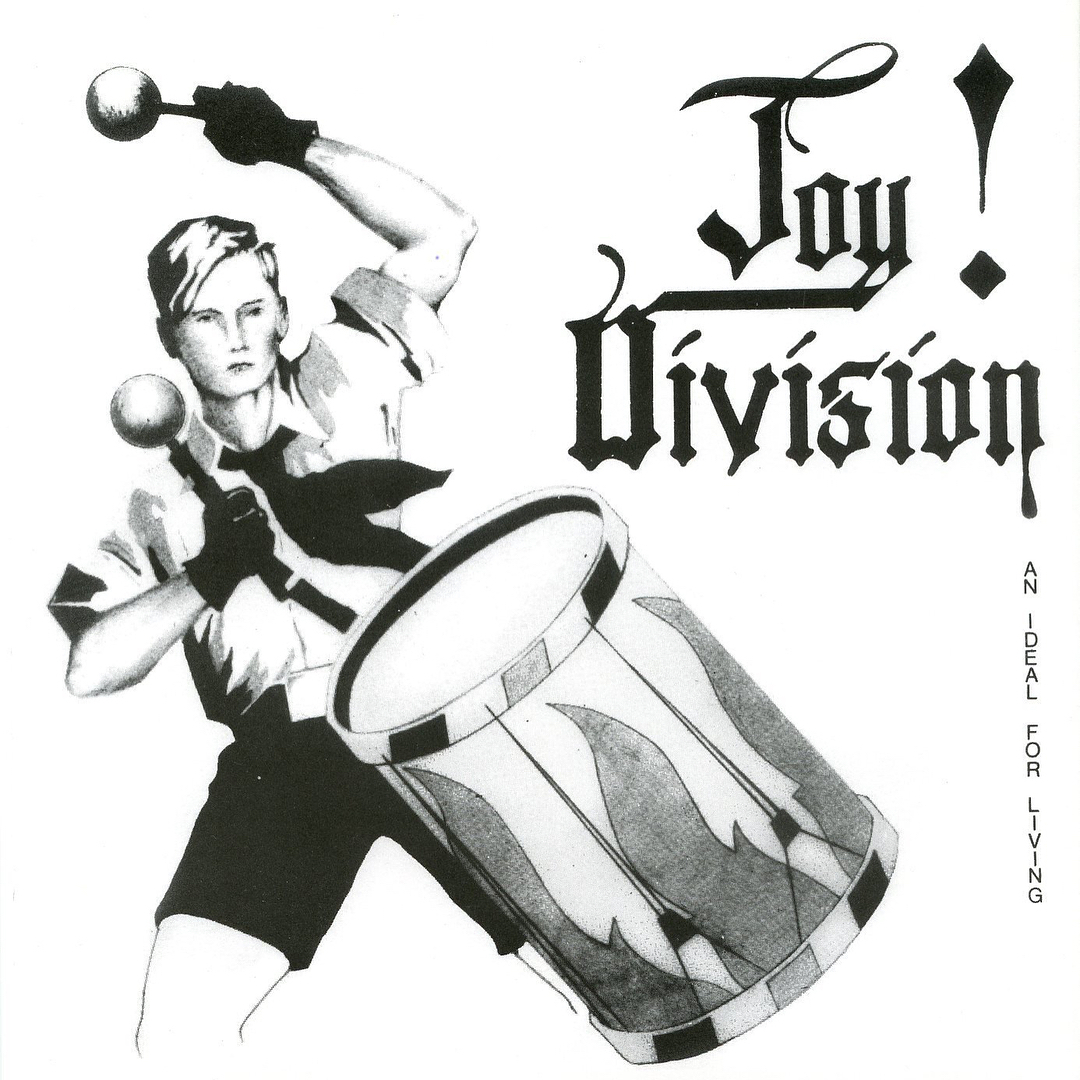 This is not to say that Joy Division trivialized or commodified the Third Reich. Really, it was the opposite; to this day, the only way one can refer to Hitler’s Germany as it relates to the European experience is to call it some kind of ugly aberration, a historical anomaly that one should feel either guilt or sorrow for. To Curtis and company, the cataclysm of the Second World War could still be felt in the dereliction of society around them; by including these motifs in their work, they were actively incorporating the events of the 40s into the lived European experience, something far more radical than even the most irreverent shock jock could conceive of.

Consider the absence of judgment in Joy Division’s music. Most of the time, their records preferred to dwell upon misery at it is and as it’s felt, not about the motivations or ideals that precede it. One could call such artistic endeavors lazy, or perhaps even disingenuous, but there is a subversive and highly valuable element of the band’s handling of such sordid matters as the events of the 40s as events to behold in their own right, and not mere dictionaries of shibboleths to plunder for virtue-signaling or offending as one wills.

The band’s choice in content would gradually drift away from Hitler’s Germany and more towards personal suffering, especially on the band’s first record — and the only record released while Ian Curtis was still alive — Unknown Pleasures. Their attitudes didn’t change, however, and the gloomy, post-punk orchestrations of their more popular output reflected a philosophy that saw human suffering as part and parcel of one’s existence. On Pleasures, we hear about women breaking down with seizures — a problem Curtis battled with until his untimely end — urban blight, automobile wrecks, and ennui felt in the hearts of anyone with eyes to see their surroundings.

The transition from the transgressive and societal ruminations on An Ideal for Living, their first EP featuring the Hitlerjugend pounding on his drum, to the more personal and sinewy ethereality of Unknown Pleasures is the mark of maturation for everyone involved in the group. It’s one thing to say “hey, this sucks!” and another entirely to explain just how awful that state of affairs makes you feel, especially without coming across as a self-pitying whiner. Curtis’ lyricism and the band’s virtuosic and boundary-pushing composition skills elevated the working-class Salford man’s paranoia, loneliness, and tempered anger to the position of high art without stripping these of their visceral and relatable weight. That’s what lends Pleasures its timeless staying power — we, too, know something has gone terribly awry, and we, too, find it difficult to keep a smile on our faces in the midst of such decay, especially since nobody seems to be doing anything about it.

For the punk-rockers of the era, the general message of the music was that society is broken and that makes them angry. Whether this was a genuine message after many in the scene earned huge followings and these formerly eternally pissed-off young men started raking in the dough is a different question. What differentiates post-punk, such as Joy Division, from their antecedents is both the obvious change in sounds, but also in their slightly modified message: “Society is broken, and I cannot tell you why.” Punk rockers had some kind of enemy, whether it’s injustice, inequality, or whatever was trendy to call fascist when an album was being recorded. Post-punk and its offshoots were often clouded with ambiguity about just what had gone so wrong.

This strategy could easily be exploited by art school types who want some smoke to cloud their pity party in, and this was true of many groups. But for those worth their salt during the era, the cause of this confusion had very real significance. Joy Division didn’t drop their fascination with the Third Reich for no reason. It was a confusing time that leaves inquiring men with little answers and many misgivings, no matter what side of the aisle it’s approached from. Many groups formed based on similar circumstances, but there are few world events so utterly powerful, disarming, and esoteric in nature as those that took place in Hitler’s Germany — and thus, just about any art that can synthesize this raw energy will be imbued with an unshakeable quality, with chronic disconcertedness as a side effect.

The West is crawling with Ian Curtises, only these days, they’re less inclined to put pen to paper given that they’re either wage-slaving away or have taken some kind of ersatz solace in a political-cultural identity. But they’re still here. I would even hazard that a great many of the people reading this site, and in the Dissident Right at large, feel the same listlessness that this gentle poet of the North did. It’s in his, their, and our names that we fight for a world in which such souls do not meet violent ends at the hands of what they merely tried to understand.

Today, on the day that four young men changed the world, I say that we feel their pain, we acknowledge our identical sorrow, and we refuse to let it end us. If the ever-destructive ripples in time that the dark ages have wrought can move men to such darkened beauty as the ballads of Joy Division, then the heights of the golden age shall bring to us a wholeness that seems all but lost to history. We fight for this golden age today.

» The Counter-Currents Newsletter, May 2020