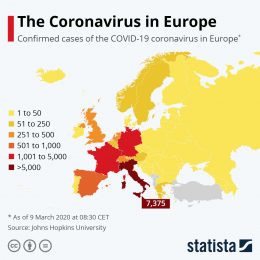 “What is in store for my children tomorrow?”
— Steiner, from the movie La Dolce Vita (1961)

I was staying in Neive, a tiny red-roofed Piedmont village caught in a time-warp, where the traditions and ingrained habits of centuries, like the rolling vine-clad hills, remain unchanged. True, there was the internet, mobile phones, and the buzz of Vespas around the elegant old palazzo, but the white-washed houses — crowding closely in around the honey-comb maze of steep staircase-like streets — still echoed with the Breda Modello machine-gun chatter of women gossiping across the metal balustrades of the balconies overhead. The stones under my feet were worn slippery smooth by generations of worshippers making their way to Baroque churches like the Chiesa Di San Pietro and the Chiesa Della Confraternita di San Michele, adorned with eye-catching frescoes.

It was the Italy I recognized and polenta-addicted tourists love. A culture rightfully basking in the glories of Julio-Claudian classical antiquity, the Florentine Filippo Brunelleschi’s Renaissance architecture, Raphael’s Three Graces and the technological majesty of sun-kissed Alfa Romeo cars and Canali suits.

Beyond my verandah, the morning clouds had parted and the spring sun was getting ever brighter. Making my way in the shadow of the looming Torre Comunale, past the Palazzo Cocite with its fine curved arches and detailed carvings, towards the Piazza Italia, I kept a firm grip on my faded pamphlet edition of Mussolini’s Doctrine of Fascism (1935) deftly secreted between paperback copies of Lampedusa’s The Leopard (1958) and Mazzini’s On Nationality (1852) and with the words of the leader of the Fratelli d’ Italia, Giorgia Meloni, on the tip of my tongue:

“Conservatism needs to be put back into its natural sphere of national identity.”

The ever-pugnacious Meloni delivered a speech in English at the recent National Conservative Conference in Rome that was simply peppered with memorable lines like:

The great challenge facing us today is defending national identity and the very existence of nation-states as the sole means of safeguarding people’s sovereignty and freedom. Our worldview is the exact opposite of what they would like to force on us. Our enemy is the globalist dream of those who view identity in all its forms as an evil that needs to be overcome and shifts real power away from the people to supra-national entities led by supposedly enlightened elites.

Roger Scruton pointed out, the reason people are conservative is that they are attached to the things they love. While J.R.R. Tolkien, another great master of conservative thought, put these words in the mouth of his character Faramir in the Lord of the Rings — ‘I do not love the bright sword for its sharpness, nor the arrow for its swiftness, nor the warrior for his glory. I only love that which they defend’ — We do not need the indoctrination manuals that are so dear to the Left. Our vision and values is to permit nation-states to flourish once again and defend the freedom, identity and sovereignty of their peoples.

These sentiments are in stark contrast to the Mayor of Florence, Dario Nardella, who — inspired by a Chinese propaganda video extolling the meme “I’m not a virus. I’m a human. Eradicate the prejudice!” —

encouraged his constituents to “fight against the novel coronavirus” by taking Asian people into their arms.

Such foolhardy virtue-signaling has already cost the lives of hundreds of Azzurri and Tuscans.

Which is one of the many reasons, besides its rejection of Salvini’s anti-migration stance and its refreshed open borders policy, why Italy is now the European epicenter of the COVID-19 outbreak; the Civil Protection Agency has quarantined entire regions, sporting events are taking place in empty stadiums, and I am here sweating it out in this small provincial backwater dodging whirring ambulances whizzing through small side-streets, tripping over emergency Red Cross tent pegs and joining a long queue of fellow Europeans lining up to see a masked medic in sterile gloves.

Children cry and mothers fret. Fathers fuss and policemen cuss. All because we have become complacent and let our guard down. Not in a single instance, like welcoming people among us who eat Pangolin flesh and bat wings from fetid food markets like the one in Wuhan in China, but also those who trade in wildlife kept in unsanitary conditions across the whole of southeast Asia and ‘exotic meat’ from Africa like chimpanzee and gorilla that is a delicacy among those from Ebola-ridden Guinea, Liberia, and Sierra Leone.

Can one think of a better argument to halt migration and start repatriation? Call the Turkish warlord Erdogan’s bluff and send troops to assist the Greek military to defend its borders? It could, of course, be the shock and horror of the potential pandemic or the wine I drank in the Cantina Del Rondo last night talking. Or, on the other hand, the influence of what I have been reading. But most likely, it is the memory of Meloni’s closing remarks in Rome:

The Christian heritage of Europe is under attack by secularism even as they throw open the gates to the most intransigent form of Islam that wants to apply Sharia in our European homelands and has at its heart the Islamic terrorism that has caused such bloodshed in Europe and the United States.

Meloni’s remarks recall the imagery of the Manchester Arena bombing and the Bataclan massacre, and bring to mind my school years and being taught the classics:

Then out spake brave Horatius,
The captain of the gate:
“To every man upon this earth
Death cometh soon or late.
And how can man die better
Than facing fearful odds
For the ashes of his fathers
And the temples of his gods”
— Horatius at the Bridge, Thomas Babington, Lord Macaulay (1800-1859)