Why I Write
Putting the Pieces Back Together 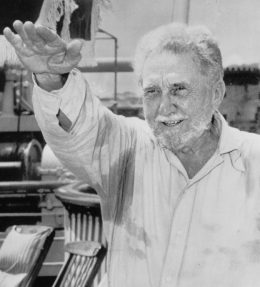 The great monologist Jean Shepherd used to remark, “In four thousand years, no one will know that you ever existed.” This statement is shocking for modern man, who — while not believing in an immortal soul — is convinced that technological advances will soon grant immortality to his physical being. Mortality might come as a shock to deracinated modern man — who is never more than a few feet away from a hand sanitizer or a “safe zone” to protect him from the challenges of bacteria or differing opinions — yet this was not always the case. Death haunts the poetry of Emily Dickinson, not because she was of a preternaturally morbid disposition, but due to the simple fact that more than half of the students with whom she began grammar school died by the time of their high school graduation.

Like human beings, civilizations, those organic structures of collective human agency, experience growth and decay, often leaving behind only skeletal remains. Although Western civilization is founded upon the civilizations of Greece and Rome, we possess only a small fraction of our cultural inheritance. There is perhaps nothing more depressing than to come across a reference in Aristotle’s Poetics to the title of a play that is no longer extant. Of the some eight hundred plays of Athenian Greece for which we have titles, only around forty — that is, five percent — survive.

In the aftermath of the physical and spiritual devastation of the First World War, the High Modernists, especially Ezra Pound and T. S. Eliot, saw about them a civilization in ruins and a supercilious new ruling class that prided itself on its disdain for tradition, hierarchy, aesthetic quality, and intellectual integrity. The program of the High Modernists was quite simply to take the remnants of Western civilization and put its pieces back together to make an organic whole. Pound’s mantra, “Make it new,” was not a call for mindless novelty, but was instead a yearning for a restored Western tradition for the twentieth century.

In many ways, the situation we face in the current year is even more dire than that faced by Pound and Eliot in the 1920s. Academe is actively hostile to Western civilization, and dumbed-down, negro-level academic standards have become the norm even in the most prestigious institutions of higher learning. Truer words were never spoken than when Joseph Sobran remarked, “In one hundred years, we have gone from teaching Latin and Greek in high schools to teaching remedial English in colleges.”

Christian churches, both High and Low, have largely abandoned Christianity, substituting smugly sanctimonious social justice virtue-signaling in place of virtue based on faith and humility. Even corporate capitalists nowadays seem less interested in making money than in seeking the approbation of the glitterati and chattering classes. Andrew Carnegie and Henry Frick may have been robber barons, but at least they put their ill-got gains to good use. It’s hard to imagine Mark Zuckerberg putting on a clean T-shirt, let alone endowing a library or art museum.

Once again, Western civilization is in tatters, a thinly-layered shell that surrounds fragments that obscure a core containing, essentially, nothing. This needn’t be the case. Civilizational rebirth is always within our reach. Truth is on our side, and the truth of our positions can cause our opponents to abandon their false claims in utter humiliation, not unlike the Emperor whose fantasies were shattered after he was forced to confront the fact that he was not wearing clothes. All it takes for our side to be successful is will and the desire to be — as my ancient namesake put it — “vir bonus, dicendi peritus” — that is, “a good man speaking well.”

And that is why I write.

There are several ways you can help out.

Thank you for your loyal readership and generosity.
Greg Johnson