The Origins of Conformity in Academia 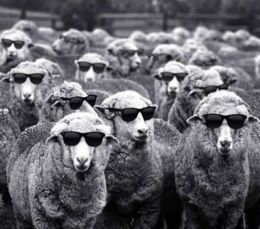 Last month, The New York Times published an op-ed by Emma Camp, a student at the University of Virginia (UVA), describing the ideological conformity among her classmates and the social challenges faced by dissenting students. The article was swiftly met with mockery and derision among the blue-check set.

On Friday, a student at UVA responded to her op-ed in an article entitled “The Myth of Self-Censorship” (I encountered this blog via Alex Tabarrok of Marginal Revolution, whose son is a contributor). He articulates the most common response to conservative complaints about conformity on college campuses that I’ve seen from Left-leaning intellectuals:

Even though liberal professors outnumber conservative ones, this is largely due to self-selection. It’s just like how conservatives outnumber liberals in the financial sector — no need for a national emergency. . . . Self-censorship does occur, but it happens just like it does across the country. People change what they say depending on their audience. This isn’t a rights violation — it’s a basic fact of life.

The consensus is that Right-wing students and professors should simply suck it up and adapt to their environment. One criticism of Camp’s op-ed came from an African philosophy professor at Georgetown who likened conservative students to immigrants adjusting to a new country. They must learn to blend in with the locals and become fluent in their etiquette and cultural norms. (Of course, liberals would never actually exhort immigrants to do this.) I am reminded of the Hindu custom of taking one’s shoes off before entering a temple. Right-wingers must leave their dirty opinions at the door; to do otherwise would be blasphemous and disrespectful.

This sentiment was echoed in a viral tweet by a podcast host associated with Jewish Currents. He framed self-censorship as having good manners and being considerate of one’s audience. The obvious implication is that conservatives should keep their opinions to themselves lest they traumatize poor people of color and LGBTQ+ folx.

It seems to have escaped everyone that universities are not finishing schools or religious spaces. Academia is supposed to be a refuge from the dizzying social rules that dictate everyday life. It is meant to be a place where scholars can freely debate each other and embark on the pursuit of truth without feeling like they are tiptoeing through a field of landmines. Some conservatives lambast academia as a hub of “ivory tower” intellectuals, but if anything most people in academia are too plugged into current trends and aren’t that interested in abstract ideas and truth.

One problem with mandating politeness is that it is unsustainable. You cannot forcibly alter people’s opinions, and dissimulation creates a buildup of hidden resentment and anger. The only ways to avoid an unpleasant outcome are to exile Right-wingers from academia or actually change their minds. Rank-and-file Leftists are uncomfortable with the latter option because it would necessitate open, honest debate, and the weaknesses of their arguments would be exposed. Whether they admit it or not, most of them would like to see Right-wingers removed from the academy. 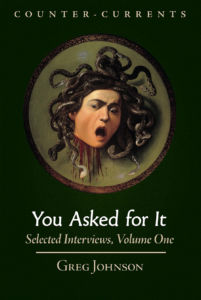 You can buy Greg Johnson’s You Asked for It here

Academia’s liberal bias is to be expected given the correlation between IQ and openness to experience, which is correlated with liberalism, but the climate of conformity is now worse than it has ever been. The main reason for this is that universities have been admitting unqualified, non-white, and female students in unprecedented numbers thanks to affirmative action and the mainstreaming of post-secondary education.

A study published in 2020 found that IQ is correlated with support for free speech among all political groups, even among those one dislikes. IQ is a greater predictor of one’s tolerance for opposing views than education, ideology, and even openness. This corroborates my own anecdotal observations. It makes sense; smart people are more willing to entertain ideas of all stripes, and because they can craft articulate rebuttals, they are less likely to express disagreement via angry outbursts. Additionally, many intelligent people are familiar with the experience of being out of step with the majority and are thus well aware that they could be targeted by the mob.

Freedom of speech is also a very white concept. I cannot think of one non-European civilization where it emerged independent of Western influence. The influx of students from Asia likely contributes to the ideological homogeneity of universities, since Asian students are accustomed to going with the flow and avoiding controversy.

The feminization of academia is arguably the biggest culprit, however. This certainly isn’t news to anyone. Women’s preoccupation with harmony and consensus has a stifling effect. Most women aren’t borderline personality disorder-ridden hysterics who have meltdowns when confronted with “hate speech” (these disturbed souls are a loud minority), but normal women cave to their ultra-neurotic peers’ demands because they want to assuage their hurt feelings. They are also obviously more socially sensitive and generally conform to evade social ostracism.

The UVA student responding to Camp claims that since most college students are merely moderate liberals, conservative fears about the suppression of dissent by extremists are unfounded. This is a particularly stupid argument. Sure, most students are garden-variety Clinton voters, but they still subscribe to the dominant paradigm, and the substantial cohort of students with more militant views sets the tone.

Numerous people have pointed out that liberals also self-censor. This is funny, because liberals self-censor not because they face ideological suppression from the Right, but because they are notoriously terrified of accidentally saying the wrong thing (hence why they often open with a ritualistic confession of their privilege when they voice their opinions). Indeed, I wouldn’t be surprised if liberals self-censor more than Right-wing students for this reason.

Camp is not a great representative for the cause of free speech. She is a self-identified liberal whose anodyne views have not incurred that much blowback, and it’s hard not to cringe when she calls herself “brave.” Losing a friend or two is not the same as being exiled from mainstream society. This sort of posturing makes it hard for many people to take free speech activists seriously. Camp made a large sign displaying the First Amendment’s text to protest the university’s policy on the permitted size of signs on dorm room doors, which is all rather goofy. I doubt she would be willing to state that the increase in average-IQ, non-white, and female students is why free speech has become such a contentious issue in the first place.

Nonetheless, the phenomena she describes are very real. Saying that the only reason why conservatives in academia self-censor is simply that they are in the minority is highly disingenuous. It is like saying that the only reason Jews are powerful is that they are smart. There is clearly a culture of intimidation and conformity in academia, and anyone who denies this is either oblivious or dishonest.

Some people on the Right have embraced the idea that the Left’s grip on academia is natural and inevitable. I reject this pessimistic view. It’s reasonable to expect that academia will never be a bastion of conservatism, but if it were dominated by intelligent white men, objectivity and truth-seeking would once again become the standard.

« The Myth & Reality of Russian Disinformation