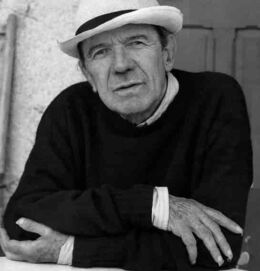 Gilles Deleuze’s Nietzsche & Philosophy hits the neurons like the first shot of Cuban coffee. The birds chirp, the breeze blows, and a continental breakfast of possibilities is spread out upon the Plane of Immanence. The book induces euphoria just short of mania. Hell, it induces mania – and it feels so good! Who needs hard drugs?

Deleuze’s exhilarating exegesis is not the place to start one’s Nietzschean journey. Deleuze was too much of an artist to introduce, explicate, or slavishly imitate. Saying that Nietzsche & Philosophy is about Nietzsche would be like saying that Abraham Lincoln, Vampire Hunter was about the Battle of Gettysburg. We’re not comparing Nietzschean apples to Deleuzian oranges. Deleuze’s strange fruits are rather from another galaxy altogether. Think of them as starfruits or quinces.

Not to be too iconoclastic, but I sometimes prefer Deleuze to Nietzsche. He was, of course, not as pivotal, but he was (or at least seemed to be) more multifaceted, partly because his time was accelerating ever faster toward our hyper-chaos. Deleuze “sci-fi-ifized”  Nietzsche. And who doesn’t like good science fiction?

Deleuze not only interpreted, reinterpreted, and (perhaps) intentionally misinterpreted Nietzsche, but he also distilled him. Nietzsche’s undercurrent was thick with the flotsam and jetsam of the very ressentiment he railed against. Deleuze purified him in an alembic, skimmed the cream off the top, and filtered Nietzsche’s own heavy, dreary, leaden ressentiment to the bottom. In so doing, Deleuze defangs Nietzsche’s ressentiment without sacrificing any of the spirit or force of his aphoristic fulminations.

The first would be the Eternal Return. Deleuze, like Nietzsche, thinks all thoughts, feelings, and actions should be tested on the basis of “would you will to experience an action you are performing over and over again for all of eternity?” Deleuze does not seem to believe that the same set of concrete circumstances re-manifest in the exact same way forever and ever (a la The Shining.) I will not rewrite this piece several trillion years from now (or at least I hope not).

Deleuze rather predicates the Eternal Return on what he calls “Repetition.” Repetition is an active forward motion as opposed to reactive stagnation. Let’s use an example from everyday life: a guy’s girlfriend leaves them. If he remains gloomy and dwells on it for too long, he will not repeat or return to the circumstances which led to his condition. But if instead of moping around, this lovesick gentleman immediately pivots and looks for, say, a new and much better girlfriend, they will have repeated and returned. By returning he will have moved forward in eternity, whereas the person who remains dour will remain stuck in the same place and never move forward or repeat/return. Only the active moves forward. The reactive is consigned to the dustbin (and this is why the side that affirms will always win in the end.)

The return is marked by a light feeling. Think of the elements. Helium is very light and floats, lead is heavy and sinks to the bottom. When distilling, the sediment is left behind even as the liquor moves toward a new home. Now, of course, each “repeat and return” is unique in content, but not in form (hence repetition.) “Repeat and Return” could be a meaningful moment with a loved one or reaching the top of Mount Everest, but the commonality is that the “repeat and return” is marked by a fresh and light feeling as opposed to a moldy and heavy feeling.

To repeat and return, one must affirm. And then affirm affirmation. Affirm what is happening and then affirm the affirmation that was just performed. Think “this is really great” and then “boy, that was really great.” Few experiences in a person’s lifetime will ever be ideal, of course (though we all hit that “sweet spot” every once in a while). Even when we are at our best, there are many things that can go wrong. But then one should affirm those moments as a subtle (and therefore implicitly superior for a multiplicity-obsessed philosopher like Deleuze) mix of sweet and sour, joy and pain, elation and sadness. Just as most people affirm the unpleasant by watching sad or scary movies.

The only stumbling block to a lifetime of joyous affirmation is our own inherently reactive nature. People tend to disparage even the best of circumstances, much like a millionaire who complains about high taxes. For example, you may have the best sexual experience of your life, but still smoke a cigarette afterward while sighing “oh, life is such sweet sorrow . . .” Or, even worse, you may commit a sort of blasphemy and whine, “Oh, it wasn’t that great of an experience after all.” Lack of appreciation, thinking, thanking, “denke,” affirmation, is spitting in the face of the gods.

Affirm and then affirm affirmation.

Our ability to affirm (or not) is our Will to Power. The Will to Power is emphatically not the desire to conquer other people. Rather, it is one’s fundamental constitution. It is how we find ourselves as Thrown Being-in-the-World. All of us are fortunate or unfortunate, depending on the genetic (and not just biogenetic) quality of our Will to Power.

To quote that Bruce Hornsby song from the 1980s: “That’s just the way it is.” We shouldn’t lower ourselves for those who are “baser” than us (bad conscience), nor tear down those who are superior to us (ressentiment). Nor should we be cruel and capricious “blonde barbarians” who hurt others for pleasure. Our Will To Power is simply us being ourselves.

Be kind to others, for we are all “Last Men.” The Last Man cannot properly affirm. All of us lack the unmitigated ability to seamlessly affirm and affirm affirmation. If we try hard, we can affirm perhaps half of the time (that’s my best score so far.) None of us are Übermenschen, not even the best and brightest among us. The Übermensch is not the great rational intellect, the muscled athlete, an Aryan god, or Aristotle’s “great-souled” man. Rather, the end goal of the human race (according to Deleuze’s interpretation of Nietzsche) is the Dionysian fool drunk on joy who defies gravity (the physics of pessimism) and dances through life. He is the genius who never holds a grudge; a man who has the intellect to travel to the stars, but feels no need to change himself or the world. He is a trickster, much like the free-spirited Chris Knight (Val Kilmer) in the cheesy 1980s film Real Genius. Nietzsche’s artist-scientist would, according to Deleuze, rather use his 200 IQ to build and destroy, fight and forgive, affirm and affirm, repeat and return – or perhaps use a laser to bore a peephole into the girls’ locker room.

I would like to thank the late Gilles Deleuze. His book was a great step on my own quest to be young for the very first time. It took me long enough – more than 30 years – to learn how to be young. My chronologically young self was dark and gloomy. Too much interiority! I walked like Nietzsche’s donkey, one loaded with heavy moral and ethical dilemmas (though I was not yet evolved enough to be an ass). I persisted through my biological youth as an angry, spiteful, lonely, isolated, depressed “young” man who often landed on the losing end of life.

Deleuze’s Nietzsche & Philosophy was the “youth serum” I needed. Like Idunn’s golden apples, it keeps me young and vibrant. Vladimir Nabokov said that nothing is more exuberant than Philistine vulgarity. Who would have ever thought that a French philosopher who was the very embodiment of the stereotype of a pretentious French professor would end up as being more exuberant than a vulgar Philistine like me?

« The Life & Death of Colonel Blimp