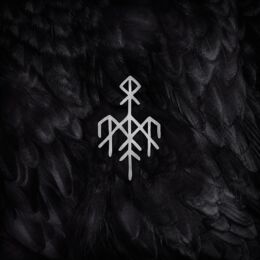 Norwegian folk group Wardruna released their fifth album, Kvitravn, in January of this year. The band is an impressive example of prominent white Europeans embracing aspects of their own traditional culture. As the band puts it, they are “dedicated to creating musical renditions of ancient Norse and Nordic traditions.”

Frontman Einar Selvik was previously most well-known as the drummer of the Norwegian black metal band Gorgoroth. He founded Wardruna in 2002 while still working with Gorgoroth, and the metal band’s vocalist Gaahl (Kristian Espedal) also sang with Wardruna on their first two albums. In connection with black metal, Gaahl promoted individualism, declaring that “the god within yourself is the only true god.”

However, both he and Selvik also show interest in the culture of the Nordic peoples. Selvik notes that he long had an interest in his people’s traditions, but founded the group because no one else was giving musical expression to them.

Wardruna could not be farther from the noncommittal or ironic style common in modern music, as it is a genuine expression of the spirit of a people. Despite having an international audience, Wardruna’s songs never use English. Lyrics are instead in Norwegian, Old Norse — the language spoken by the Vikings — and Proto-Norse, the former’s predecessor that was spoken from the second to the eighth centuries AD. The first three albums were inspired by the Elder Futhark, a runic alphabet utilized during the same time period, from which many of the songs take their names.

The instrumentation is similarly authentic, partly though not exclusively making use of ancient technology which was used by the Vikings or their predecessors. Instruments include deerhide drums, lyres, and goat horns, as well as traditional Scandinavian bowed string instruments such as the Hardanger fiddle. As well as playing various instruments in the studio, Selvik built some of them himself. He describes the process as arduous but inspiring, as he gained a spiritual connection to them. 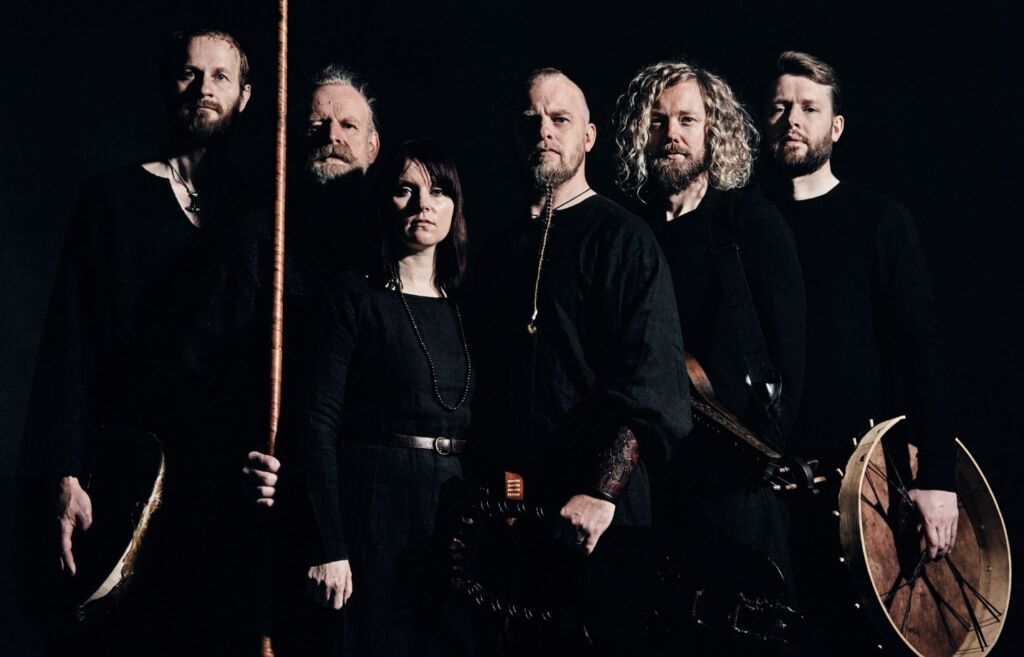 Wardruna’s music puts great emphasis on vocals; most of the band members, including Selvik, are vocalists. Solo vocal parts give the impression of a lonely voice in the wilderness, but this is contrasted with multi-part vocal harmonies which give the sense of cohesion between a large group of people. The latter bring to mind mourners at a funeral, the chanting of monks, or possibly a raiding party. They are often dark, but extremely powerful. Wardruna’s music was used in the television series Vikings, and its sound is suitably epic.

Kvitravn returns to the style of the band’s debut Runaljod trilogy. The previous album, Skald, consisted mostly of Selvik’s a capella singing, with only very minimal accompaniment on a few tracks. For the most part it lacked even vocal harmony, and gave the impression of half-finished work. The present album is an improvement on this, returning to multi-part vocal harmony and fuller instrumentation. 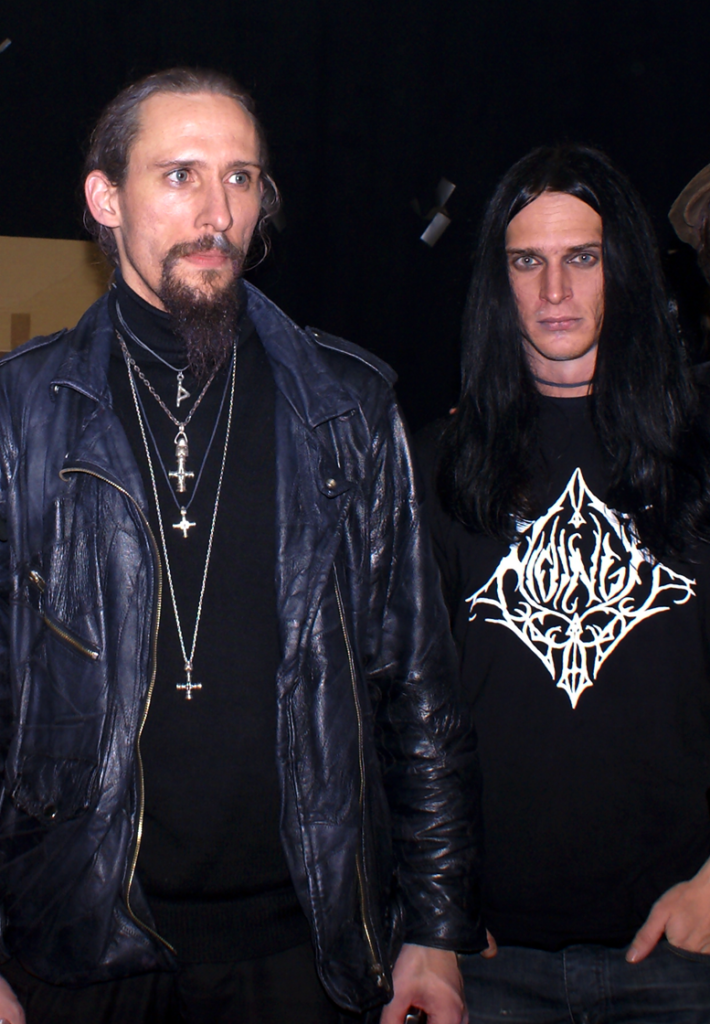 Both Selvik and Gaahl are practitioners of Norse shamanism, and their music is a part of this practice. Another practice Selvik discusses is spending long periods of time alone and motionless in nature, particularly at night. As Selvik explains, this is an idiosyncratic rather than dogmatic form of spirituality:

Your path is your own and will never be the same as mine. . . . Processing reality through a framework of decrees and dogma makes people stupid. It gives them an excuse to not assume responsibility for their lives, their own actions, or their growth as human beings. That’s the most important thing in life; you need to ask questions, be inquisitive, and constantly expand your knowledge.

This does not imply atomized individualism or rootlessness. Selvik makes it explicit that he does not support syncretism in shamanism; he is interested in the practices of his own ancestors, and rejects “a rather generic form that basically takes bits and pieces from all corners of the globe and makes a bland fusion out of it.”

Further, Selvik notes that much of the attraction of his music comes from an unsatisfied need to be part of something greater than oneself. “With contemporary society so completely devoid of substance,” he explains, “I believe people in the West are searching to a greater extent than ever before — they long for nature.” Nature is one of the themes in the lyrics, and this is matched by the music, which gives the impression of vast open spaces and incorporates sounds such as rain falling and bird calls. Some pieces were even recorded outside in “locations relevant to the different runes.”

As he puts it, “animism (the belief that objects, places, and creatures have a soul) has always been central” to the band. The music is intended to convey that “nature is something sacred, something we are a part of and not the rulers [of].” He has argued against killing off wolves, for example, despite the fact that they cause problems for humans and that many Norwegians would like them to disappear. 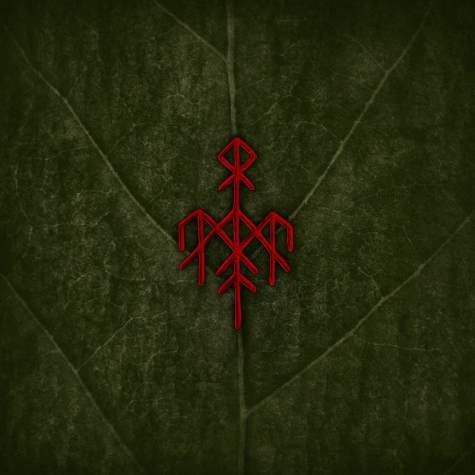 People are disconnected not only from the natural environment but from their own human roots, and they suffer from this. As Selvik puts it, it is not wise to climb trees that lack roots. One of the band’s best songs is entitled “Rotlaust Tre Fell“ (A Rootless Tree Falls) and comprises a prayer to higher powers that life shall be “bound to the root”:

Of course, Wardruna does not claim that roots or identity are exclusively genetic. Selvik has stated that something in the music has a universal human appeal, and notes that people from many ethnicities and backgrounds attend his shows. Regarding the appropriation of Norse culture by “Nazi” elements, he argues that it is a mistake to place ethnicity above nature and boast of being part of a culture which one has not really experienced. He says that he would rather perform a ritual with a Spanish person who understands it than someone of his own nationality who does not, and adds that being descended from Norse kings is no cure for stupidity.

However, the fact remains that in both spirituality and music, Einar Selvik is explicitly and unapologetically dedicated to the culture of a white European group. This takes courage in the current anti-white climate, and the band’s continuing success is reason for hope that more white people will take notice of it and develop an interest in their own roots.